How UAW retirees continue to give back to help working families 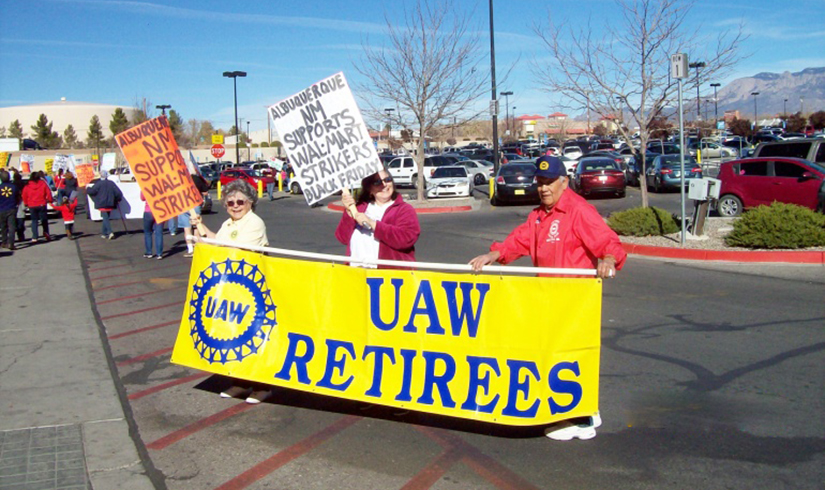 The 2016 elections are over; and, as you know, Mr. Trump and the Republicans now control the U.S. House, U.S. Senate, Supreme Court, and the White House. As a group they have wasted little time in trying to change health care, trade, immigration, and Social Security.

You, as UAW retirees, have fought long and hard for the benefits many working families currently enjoy. But these items, along with many others, are under attack. The UAW continues to lobby and fight, through the court system, to protect these issues along with collective bargaining rights, rights to organize and the right to peacefully assemble so our voices can be heard.

We thank you for your show of solidarity and pride by participating in events such as Labor Day parades, rallies, and picket lines. You amplify our voice through social media, writing our legislators, phone banking, and distributing leaflets at community events. It’s important when you communicate with active and retired members, and those in our communities, about buying Union and American-made products, and about supporting the issues that impact all of us.

The UAW Retired Workers Department and its programs are funded by voluntary dues from UAW retirees like you. The implementation of dues began at the 1966 Constitutional Convention where retirees pledged that this program would be self-funded and that the UAW would not have to use active member dues.

At that time, voluntary retiree dues were $1 per month. In 1986 retirees went to the Convention and asked that the dues be increased to $2 to ensure the continuation and growth of retiree programs. At the 36th Constitutional Convention, held in June 2014, retirees once again asked for the voluntary dues to be increased to $3. For your convenience, enclosed is a checkoff card for you to fill out, which will increase your contribution to $3 or more, per month. We’d like to thank those that have already increased their dues.

The Retired Workers Department has many avenues for retirees to be involved with their Union and community. To find out more about these opportunities, please visit www.UAW.org/retirees.

We encourage you to become more active in your union by attending retiree meetings, helping at your Local Union, and volunteering in your community. We need you to spread the word about how your membership in the UAW has positively impacted your life. Lastly, we need your help to get out the vote in upcoming elections.