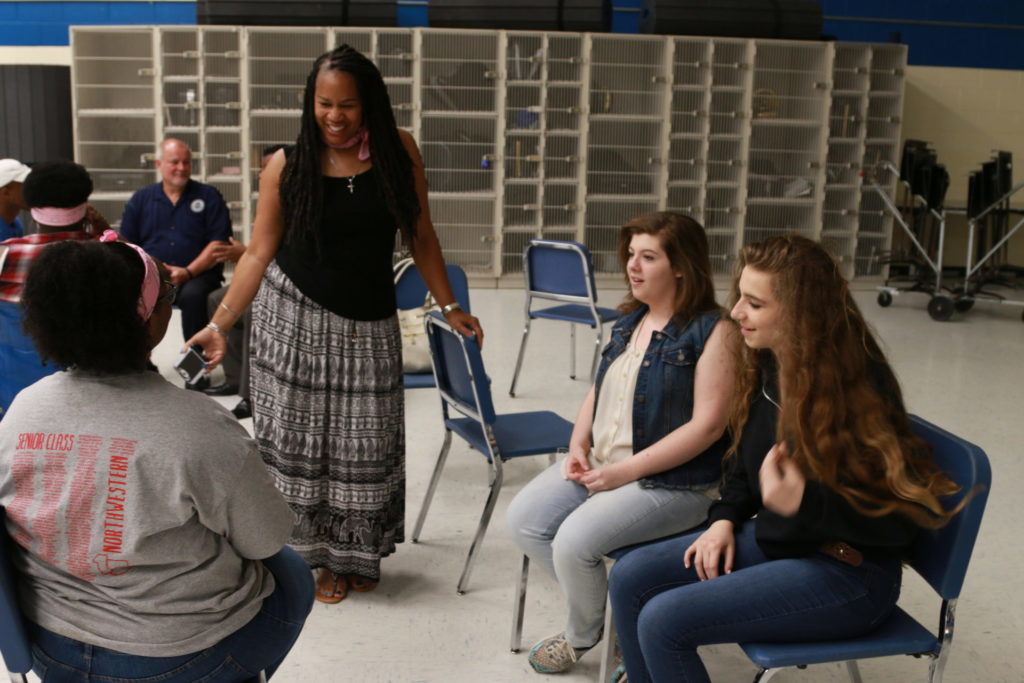 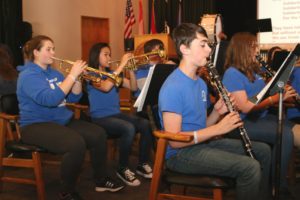 It was clear that the 20 choir students waiting for their visitors to arrive at the front entrance of Inland Lakes School in northern Michigan had no idea what to expect. It was the same for the six students from Detroit’s Martin Luther King Jr. High School who were arriving for a visit on June 6.

However, in 10 minutes, their uncertainty was transformed into genuine excitement about an opportunity to make new friendships that might last a lifetime.

The teens said hello, told their ages and practiced singing a few tunes in the school band room. Then they exchanged Snapchat information and laughed, realizing they had some things in common. Before long they were all disappointed that the time for their first meeting just was not long enough.

The students had been invited to meet first and later eat dinner and perform during an evening program celebrating the 30th Annual International UAW Chaplaincy Conference. This year’s theme: We’re Stronger Together, One Voice. 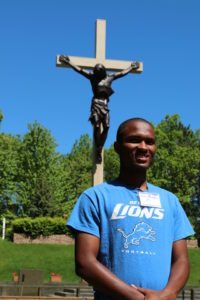 “This is an extraordinary experience to have both sets of students come together like this and to have it facilitated by these wonderful chaplains,” said Kaye Smith-Clay, King High community school coordinator.

For UAW chaplains, the encounter meant a vision set in place for the UAW Chaplaincy program had now come to fruition.

“We have a long and beautiful relationship with band and choir members at Inland Lakes, and this year we wanted to do something different,” said Herb Taylor, chaplain committee chair and a member of UAW Local 31 in Kansas City, Kansas.

“We wanted these students to have a chance to meet other students from a different part of the state. It was a chance for them to talk about things they have in common and the things that are different, and maybe create some friendships along the way,” said Taylor.

The chaplaincy program is nondenominational. Where some worksites have EAP (Employee Assistance Program) representatives, chaplains work in conjunction with them to assist members. From divorce to bankruptcy, depression to substance abuse, chaplains are a key part of helping our UAW family through hard times. The chaplains also help others in need and have faithfully reached out to the young people in the Inland Lakes music program.

In 2011, the chaplains heard that the young musicians needed band uniforms and raised $2,500 for the new outfits. Chaplains later raised about $1,500 for electronic equipment for the band room and, after the youngsters saw some T-shirts at the 2016 conference and said they liked them, the chaplains ordered 120 new T-shirts for the students. When the students returned to school in September, those new T-shirts were waiting for them. This year, the chaplains are donating $5,000 to the school.

“The relationships that have been created between the chaplains and the students from Inland, and now from King High in Detroit, are great examples of why community outreach is so important to UAW members,” said UAW Vice President Jimmy Settles, who directs the union’s chaplaincy program. “Our union is not solely about contracts and negotiations. It is also about communities in need and about reaching out to young people. What happens at Black Lake each year with the chaplains and the young people is a strong example of how UAW members make a difference.” 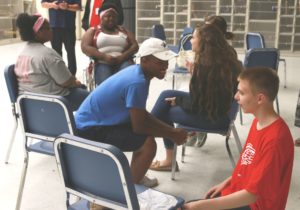 At the end of the night, the students joined to lead a standing-room-only crowd in the center’s auditorium in singing “Solidarity Forever.” Afterwards, the chaplains treated the students to ice cream, seeing how much they cherished this time for fellowship with each other and the UAW chaplains.

“That is a beautiful thing,” said Taylor. “This makes it all worthwhile. Their faces and their smiles tell us all we need to know.”