Two Anniversaries — and the Need to Look Ahead 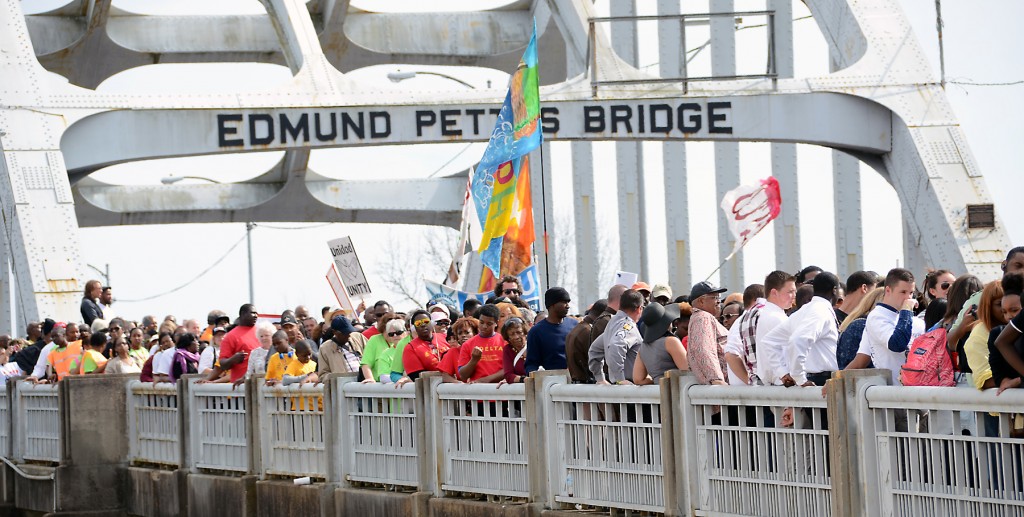 Last month we marked two important anniversaries for Americans who care about economic and social justice. On Aug. 6, 1965, the Voting Rights Act was signed into law by President Lyndon Baines Johnson. On Aug. 26, 1935, 200 delegates from auto plants all over the United States met in Detroit for the UAW’s founding convention.

These two key historic moments demonstrate what happens when Americans stand up for their rights – and just how important it is to ensure that the battles fought and the sacrifices made by the courageous people who came before us are not wasted.

Fifty years ago in March, tens of thousands of citizens from all walks of life traveled to Selma, Alabama, in response to Bloody Sunday, where courageous African-Americans who peacefully demanded their right to vote were viciously beaten by racist thugs. Those in the march, including many UAW members, recognized that their only path to social justice in the South was collective action. Their efforts stirred the conscience of a nation and eventually led to President Johnson signing the Voting Rights Act.

Charlie Sheppard, a UAW Local 1226 retiree, was born in Selma and knows the sting of racism firsthand. You can read about his memories of Selma during the Civil Rights era here. He’s seen how far we have come – but knows how far we still have to go.

As we have seen in the last decade, the protections afforded African-Americans in the South under the VRA have been under attack. The proponents of these efforts didn’t need snarling police dogs, fire hoses or billy clubs to get their way; they were able to do so through a well-funded effort at deceiving the public about nonexistent voter fraud. Backed by a far-right leaning U.S. Supreme Court, they largely succeeded by making it far more difficult for minorities, the elderly, the handicapped and others to vote. It’s shameful and no less of a stain on our democracy than those who used more aggressive methods a half century earlier.

Eighty years ago, autoworkers, fed up with low wages, grueling work, nonexistent health and safety and subject to the whim of bosses who cared nothing about their families’ welfare, gathered in this city. They recognized that the only way to win economic justice was through collective action. Success didn’t come easy or without bloodshed, but eventually the bosses understood that working people – working together – would no longer cower. Better wages, health care, retirement security, a voice in the workplace and vastly improved health and safety on the job all came from collective bargaining. Four guest writers give their take on our unique place in American history.

They know that there has been a well-funded effort to destroy the union movement in the last few decades. Billionaires like the Koch Brothers and the politicians they control stand ready to continue the destruction of the middle class through the decimation of the labor movement. Destroy the only real voice and power working Americans have ever had on the job we’re back to 1935.

As the two intertwined social and economic justice movements celebrate these important milestones this month, it is indeed important to look back on the successes. But those victories, the result of bloody sacrifice, hard work, dedication and collective action, are being ruthlessly chipped away by some of the very same forces that fought so aggressively back in the day.

Let’s recommit to once again take the collective action necessary to make sure all Americans have the right to fully participate in their democracy and to have a voice on the job that leads to economic security.

Backed by a far-right leaning U.S. Supreme Court, they largely succeeded by making it far more difficult for minorities, the elderly, the handicapped and others to vote.