There’s More Than One Way to Strike 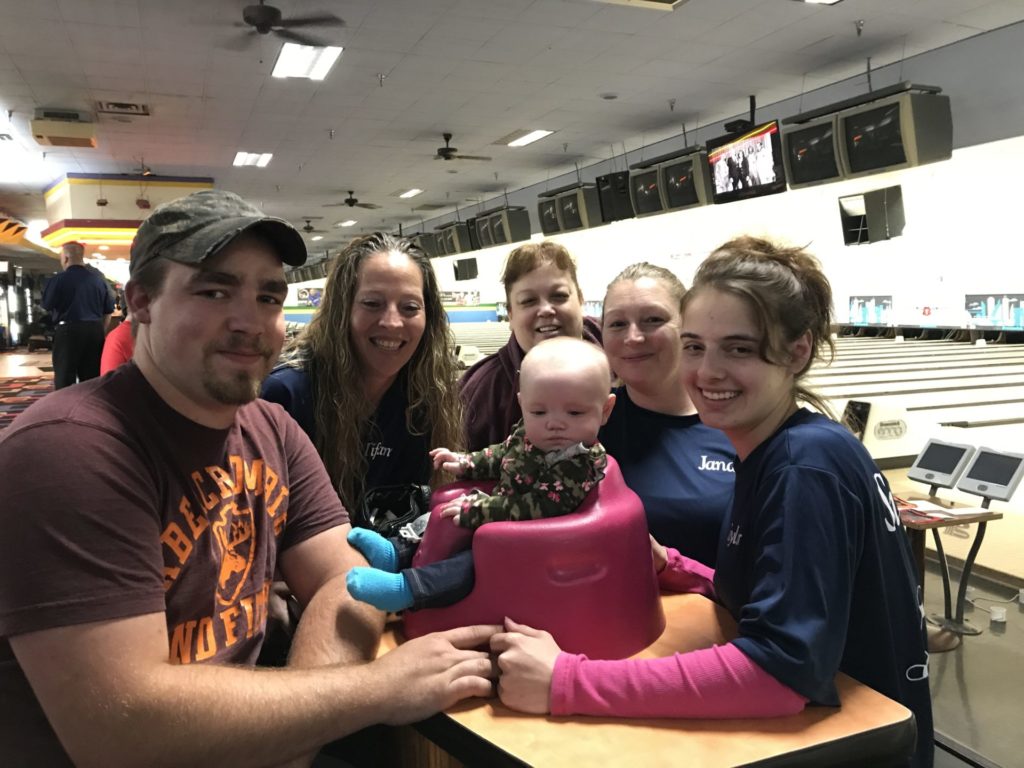 Local 2270 members Jake Guild, left, and Taylor Hoffmeyer’s four-month old daughter didn’t seem to mind the noise of the bowling alley. They were joined by Tiffany McLachlan, Betty Crawford, Jana Gilmore and (not pictured) Renee Hoffmeyer on the Local 2270 team. Local 2270 is based in Evard, Michigan.

Bowling is serious business for many UAW members. You could tell by the concentration, determination, frustration and exhilaration on the bowlers’ faces as they competed in the UAW International Bowling Tournament.

The day-long event, held Saturday at Thunderbowl Lanes in Allen Park, Michigan, pits the best bowlers in our union against each other to see who’s best, both individually and as a team.

And while the men and women bowling are exceptionally competitive, they also value the fellowship the tournament brings and the chance to knock down pins with their union brothers and sisters from all over Michigan and Ohio. There were 158 bowlers entered in the singles competition and 250 bowlers in the team competition all vying for the top spots. All bowlers qualified to be in the championship tournament by scoring well at their regional tournaments.

Barry was one of two bowlers who rolled a perfect 300 game in the singles competition.

In fact, it was Barry’s 30th perfect game.

“You still get nervous,” he said. “If you’re not nervous when you are shooting for 300, then you shouldn’t bowl.”

Final results are expected to be available later this week.

It was also a lot of fun for the families of the bowlers, as many brought theirs to the facility. Everyone enjoyed a lunch courtesy of the International and many children were in the arcade or on the bumper bowling lanes in an adjacent alley.

“I had a turkey!” said Donovan Howze, 8, the son of Local 900 member William Howze, who works at Ford’s Michigan Assembly Plant. The “turkey” did not refer to youngster’s lunch. It is bowling-speak for three strikes in a row.

The lunch featured a short address by UAW President Dennis Williams, who congratulated bowlers on making it to the championship tournament and reminded them of the UAW’s history in bowling, including the effort it undertook under the direction of UAW President Walter Reuther in 1948 to desegregate bowling alleys. 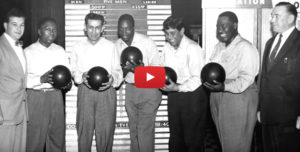 Reuther would not permit UAW-related bowling events to be held in houses that practiced racial discrimination, part of a national campaign that eventually led bowling alley operators to abandon the practice.

“That’s why this tournament is so important to the UAW,” Williams said, adding that the commitment to social justice reminds us of who we are as union members, especially today as racism appears more pronounced.

“When you think about what is going on today, don’t let people divert who we are as union members,” he said.

Tournament organizers also held a 50/50 raffle that raised over $1,300 for Mission 1:17, which provides mentors and a place to live for foster children who age out of the foster care system and need assistance.