The UAW has always believed in social justice 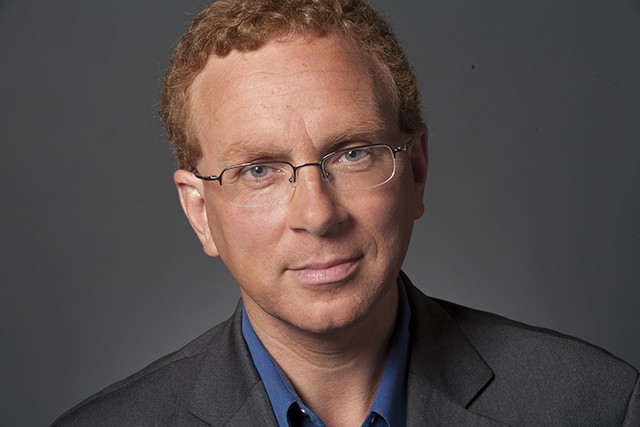 Among the most striking images from the 1963 March on Washington for Jobs and Freedom are those portraying key figures from the march as they gathered at the Lincoln Memorial for a group photo. There, beneath the statue of the president who had issued the Emancipation Proclamation a century earlier, were the organizers who had demanded that the emancipation be completed. There was A. Philip Randolph, the grand old man of the civil rights movement and the director of the march. There was young John Lewis, fresh from the frontlines of the struggle in the segregated south. There was the Rev. Martin Luther King Jr., whose words from that day would become as much a part of the American narrative as Lincoln’s Gettysburg Address.

And there, behind a seated King, stood a beaming Walter Reuther.

On that August day in 1963, the president of the United Auto Workers union was exactly where he knew he belonged – linking the causes of worker rights and civil rights as one. Along with Randolph, the president of the Brotherhood of Sleeping Car Porters union, Reuther recognized the necessity of aligning the labor movement with broader struggles on behalf of African-Americans who were denied civil rights, on behalf of migrant workers who were denied basic dignity, on behalf of women who were denied equal pay. While other unions might avoid controversy in pursuit of a false unity, the UAW embraced controversy, putting its faith in true solidarity – with Americans who were struggling, whether they were union members or not, and with people all over the world, from El Salvador to Poland to South Africa, who needed an American ally in their fights for freedom.

Reuther and the men and women who forged the UAW 80 years ago understood that social progress and economic progress go together. They refused to accept

the artificial lines of distinction that political and economic elites sought to draw between movements. They understood that those divisions would always be used to weaken rather than empower the great mass of Americans.

It has been the UAW’s refusal to accept America as it is and its determination to make America what it can be that has distinguished this union as more than a labor organization. The UAW is not a part of history. The UAW makes history.

This has been the case since members of the old federal labor unions, at plants in Toledo and Janesville and Flint and elsewhere, pieced themselves together into the United Automobile Workers union that was chartered on Aug. 26, 1935. When we recognize signs of progress today, invariably we see the roots of that progress in the work of the UAW from decades earlier. It was the UAW that fought for national healthcare and pensions and, when those policy initiatives were blocked by reactionary Congresses, forced corporate America to create a social safety net for workers and retirees that would form the model for union and nonunion workplaces across the country.

It was the UAW that defied “Jim Crow” segregation:  demanding the integration of factories, bailing “Freedom Riders” out of southern jails, joining the great marches from Selma to Montgomery to Birmingham to Washington. It was the UAW that demanded the labor movement look beyond narrow self-interest toward broad solidarity at a time when, as Time magazine noted, “Of all prominent labor leaders, (Reuther) maintained the closest ties to the poor, the black and the young.” The UAW did not just oppose the Vietnam War, it set up a research department that studied the cost of bloated military budgets to domestic progress. And the UAW opposed apartheid in South Africa so passionately and for so long that, when Nelson Mandela toured the United States after his release from an apartheid prison, he insisted on celebrating with Dearborn’s UAW Local 600.

Unions rarely get the credit they are due as innovators in their industries, and this is surely the case with the UAW, which began in the 1940s to argue FOR the development of small fuel-efficient vehicles. To a far greater extent than the auto companies, parts suppliers and distribution networks it has organized, the UAW has stood on the side of progress–never perfectly, as union leaders and dissidents have noted over the years, but invariably with an eye to providing economic security for working families and a future for communities in every region of the country.

It is not in spite of this history but because of it that the UAW that has been under attack in recent years. The attacks have come from the advocates of “creative destruction” who would have let the American auto industry collapse in 2009, from the proponents of failed trade policies, from the fabulists who suggest that a great nation can remain great without manufacturing. Too frequently of late, we have been reminded of the truth of Walter Reuther’s observation that, “There’s a direct relationship between the ballot box and the bread box, and what the union fights for and wins at the bargaining table can be taken away in the legislative halls.”

The UAW will keep extending that hand. Eighty years of activism is worthy of celebration, but it is still just a beginning. We know. The Nation magazine was already 70 years old when the UAW was founded. Since then, The Nation and the UAW have been allied in the great struggle to build that more perfect union of peace, justice and equality that Reuther and Randolph and King saw coming. The Nation is 150 now and, like this great union, we recognize that the fight has just begun. We march together. Our direction is forward.

Katrina vanden Heuvel is the publisher and editor of The Nation, America’s oldest weekly magazine. John Nichols is the magazine’s Washington correspondent. The Nation serves as a critical, independent voice in American journalism and a platform for investigative reporting on issues of importance to the progressive community.