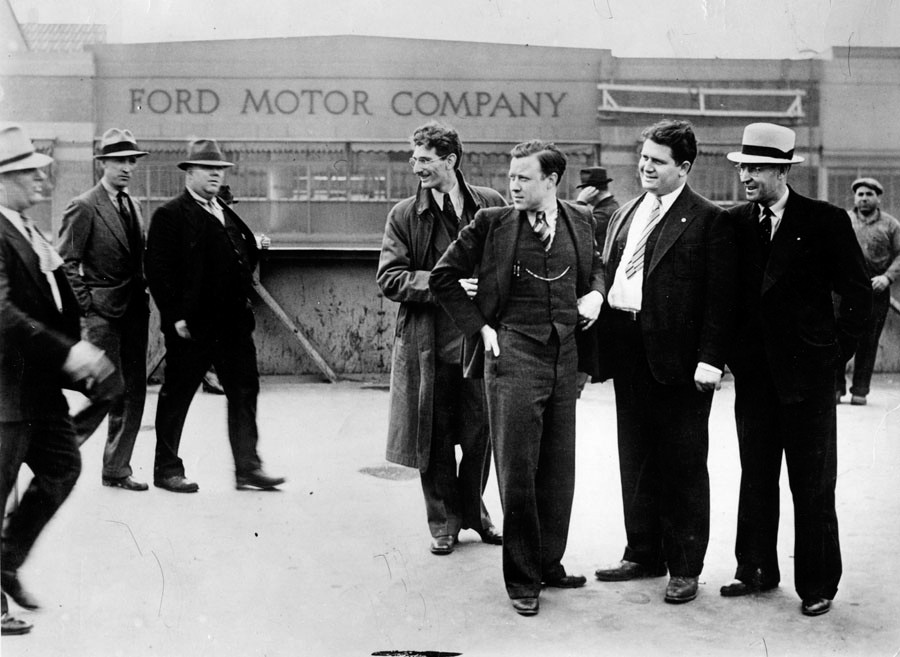 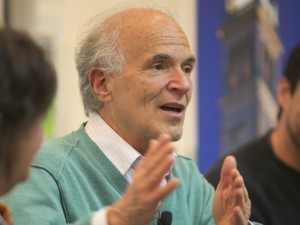 The year 1935 was hardly an ideal time to form a new union in the United States. The economy was stalled, millions of desperate people were searching for work, and many employers were violently opposed to organized labor. Yet, a courageous group of men and women defied the odds and gathered in Detroit at the end of a hot summer on Aug. 26 for the first UAW Constitutional Convention.

Over the next eight decades, through good times and bad, the UAW would provide unprecedented gains for its members and transform the lives of millions of working Americans, union and non-union alike. It fact, the UAW was critical to building a more prosperous, just, and democratic society for everyone.

It often came with great sacrifice in places like Flint, Toledo, St. Louis, Peoria, and Kohler, Wisconsin. UAW Local 600, which represents workers at the sprawling Ford Rouge plant just outside Detroit, has a special meaning for me since my grandfather, an immigrant who fled persecution in Russia, worked on the line there for several decades.

Like many union halls, Local 600 has photographs lining the walls that reflect the proud history of the union as you walk in. You see photographs of the Ford Hunger March in 1932, before the UAW was even formed, including the five workers who were shot to death on a late winter day near Gate No. 3, during a peaceful demonstration of 3,000 unemployed workers.

There are photos of the Battle of the Overpass when Walter Reuther and other young union organizers were severely beaten while trying to pass out organizing leaflets on the pedestrian bridge over Miller Road on May 26, 1937.

You see striking workers walking in the April rain in 1941 and photographs of the first contract recognizing the union signed at Ford just a few months later.

You see thousands of workers involved in a 1949 national strike at the Rouge plant and then you see an unexpected photo: a lone worker wearing a hat and overcoat; carrying a lunch pail and walking across the now famed overpass. The caption says he was the first Ford worker to retire with a pension.

All the sacrifice and struggle by so many that came before made his short solitary journey possible. In his footsteps, tens of thousands of autoworkers and millions of other working Americans — steelworkers, nurses, casino workers, graduate students, and state employees among countless others, union and non-union alike — have achieved a measure of dignity and a better future.

The most important model to come out of Detroit was not a car or a truck but a bridge to the middle class for workers and their families and it bore a UAW label.  The collective bargaining tables in Detroit would set the standard for firms across the country. The automakers and the union through tough collective bargaining linked growing productivity to rising wages, provided strong benefits, and improved job security. In a word, autoworkers won dignity for themselves on the job and for their families in the community.

All Americans benefited from the creation of a virtuous economic circle. Automakers were profitable and higher wages allowed autoworkers to buy cars and homes and to send their children to college. “That’s high-velocity purchasing power that gets into the stream of the economy,” Walter Reuther said in 1960. “This is more than a matter of economic justice to the wage earner. This is a matter of economic necessity.” This pattern fueled economic growth and rising incomes across the U.S. economy through the mid-1970s.

While economic justice is critical, the UAW was about much more. Solidarity is the very soul of the union and social justice has been a goal from the beginning. Solidarity meant that all workers would stand together regardless of race, ethnicity, religion, or gender. This road could be rocky but the direction was always clear.

Solidarity also meant the union would support not only its members but all those who were fighting for their rights. The UAW was at the forefront of organizing the now-historic “March on Washington for Jobs and Freedom” in 1963. Walter Reuther shared the platform with the Rev. Dr. Martin Luther King Jr. Reuther began his talk by saying, “The cause of freedom is on trial in America today” and Reverend King concluded the program with his defining “I Have a Dream” speech. The union stood with farmworkers in the struggle to organize in the fields of California and Walter Reuther marched alongside Cesar Chavez in Delano.

The UAW has had an international vision from early on. It supported the struggle against apartheid in South Africa and defended the rights of workers to form independent unions in communist Poland and under the military dictatorship in Brazil. The UAW understood that when worker rights are diminished in Juarez, Mexico, they are also threatened in Stockton, California.

An impressive history, you might be thinking, but isn’t the world a more complex place today and aren’t unions very much under attack? Both statements are true but that gives a heightened relevance and urgency to the UAW and other unions going forward. Hyper-inequality is corroding democracy as well as undermining incomes; climate change is a defining issue for the planet; trade policy is critical to insure that workers share in growth at home and abroad; and comprehensive immigration reform is urgent. The UAW has joined with other social movements and organizations in addressing these issues in the U.S. and globally.

Today the pressures of globalization and fierce competition are forcing millions of Americans to walk across that bridge in the other direction, exiting the middle class, and returning to the insecurity of 1935. Can U.S.-based firms and workers compete in the global economy? Yes, but we urgently need rules of the game for trade and domestically that insure competition is based on productivity, quality, and innovation, not exploitation.

The UAW and the Detroit automakers have forged a new relationship creating highly successful, globally competitive firms. The very survival of the Detroit automakers resulted from the UAW and the automaker’s critical fight for emergency rescue funds in Washington. The entire American economy gained from the survival of as many as 1 million jobs and the lynchpin of the manufacturing base. A bridge leading all autoworkers to the middle class is essential for UAW members but, as we have seen, is in the interest of all Americans.

The year 1935 saw the birth not only of the UAW but Social Security and the Wagner Act. Over the last 80 years the UAW and other progressive unions have fought hard to preserve both, insuring the rights and the dignity of all working Americans. Remarkably, Social Security is under fierce Republican attack as we move towards the 2016 elections. Labor also has been vital to enact the Civil Rights Act, Medicare, the minimum wage, the Affordable Care Act, and other legislation too numerous to mention.

Unions are the hallmark of a democratic society. They provide a voice for working people from those who prosper to the most dispossessed and they allow for the checks and balances essential in a thriving democracy. As we look to the next 80 years, the role of the UAW is more important than ever in bridging the gap between mere survival for workers and a prosperous and inclusive future for us all.

Harley Shaiken is a professor of education and geography at the University of California at Berkeley. In addition to also being the chair of the Center for Latin American Studies, Shaiken is a distinguished expert on global economic integration, labor law, and trade.

Volkswagen reneges on deal to recognize UAW in Chattanooga