Social media is a powerful tool — when used wisely 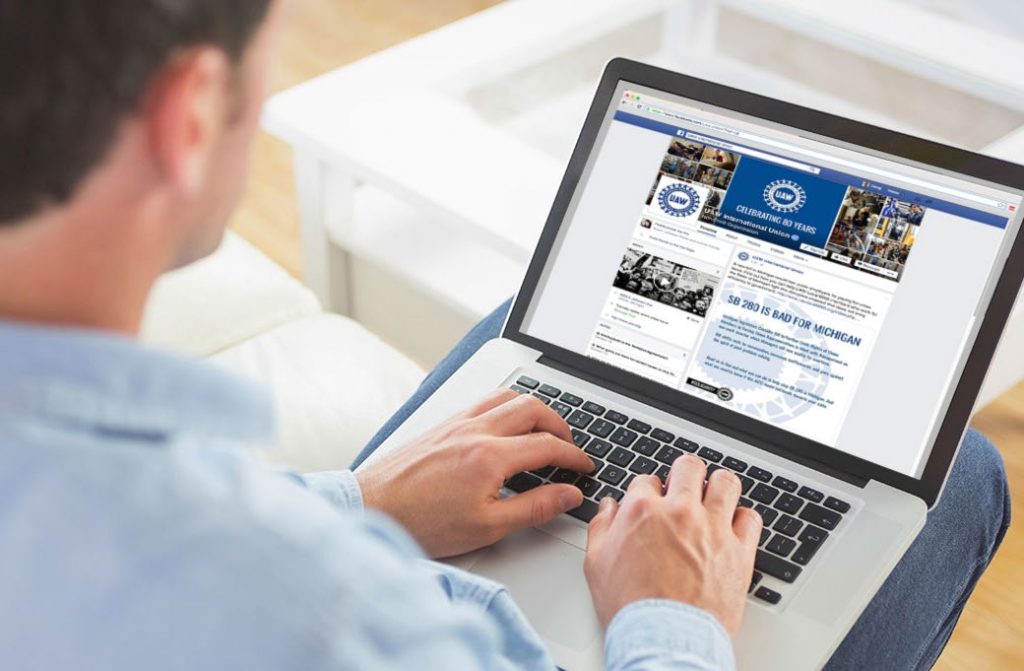 When it comes to our union, social media is a powerful tool to communicate to the outside world about struggles faced by members and people in our communities. It’s also a free and open forum to debate, exchange ideas and share opinions. Whether you like it or not, it’s here to stay. But how does it play into building our union?

First and foremost, Facebook does not replace our union meetings. Coming together to discuss the issues of the day and share views in person is a cornerstone of our union democracy. Real members voting on real issues — that’s what takes place in a union meeting and social media is not a surrogate for that. It’s easy to lose that lesson in an age where social media is thought to give an instant temperature read of where members stand.

That said, social media is powerful! Recently, the Pew Research Center found that clear majorities of Twitter (63 percent) and Facebook users (63 percent) now say each platform serves as a source for news. Social struggles that are not often deeply covered by mainstream media — from Occupy Wall Street to the fight to increase minimum wage — gain exposure and support through the power of Facebook and Twitter.

But there’s a caveat in all of this: social media has no rules. It’s one of its beauties, but also one of its weaknesses. Social media allows for anonymity or even deception of identity. Monsanto was recently exposed as having an entire department that exists to discredit scientists online. That’s not to say that all opinions expressed are not firmly held, but it highlights that hidden agendas sometimes exist behind commenting.

Another caution is that one of the things that makes social media so addicting is the “gotcha” element of getting information in real time. It’s thrilling and exciting to be the first to know something, but hardly a surrogate for real news because there is no fact-checking. That’s why rumors and “facts” that are no more than speculation or opinions spread rapidly on social media. Social scientists often cite premature reports of celebrity deaths as a prime example of this phenomenon. Sharing a story is easy; but sometimes accountability and truth become casualties in the firestorm that happens as gossip goes viral.

Social media is here to stay. Digital debates and discussions and connections are good things. Being responsible in a medium that is not always accountable, now that’s harder. Activists should never shy away from social media, but we need to engage thoughtfully:

Union Plus – Save 30% on all Teleflora fall bouquets