PRO-Member – Why the Jobs Left and How to Get Them Back: A Blueprint for the Future 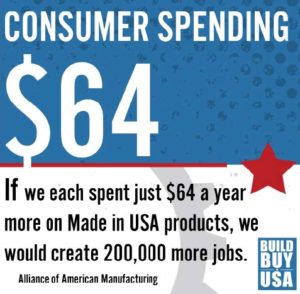 The United States has lost over 5 million manufacturing jobs since 2000, according to the U.S. Bureau of Labor Statistics. Economists and policy makers give multiple reasons for this steep drop in jobs that have sustained families for decades. Some factors — like the increase in automation and productivity — are inevitable.

Other factors, however, are not. Offshoring of jobs does not have to be the new normal. Bringing strong, well-paid and sustainable manufacturing jobs to the United States can happen if we demand it. But we must demand it with specificity. The cry of “Build it here!” often disguises that the jobs we are bringing to our country are either low paying or the price we pay in subsidies to lure them here is too steep.

What can we do today? We can start by having a common understanding of how we got here. The four reasons listed below explain our dire situation, but they also contain the seeds of how to build a better future for our communities. 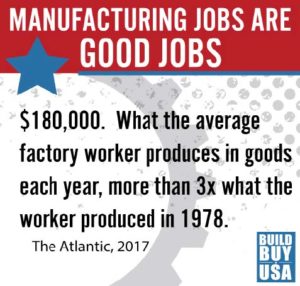 American manufacturing workers get better at their jobs all the time. Since 1980, the manufacturing sector has more than doubled its output, while shedding one-third of its jobs. Simply put, American manufacturing is so efficient with robots and lean manufacturing that companies make more with fewer workers. Innovation is often driven by the workers on the line who contribute to the overall success of the company. These workers should be rewarded for working harder and smarter. Efficiencies translate into profits and too often those are not shared with those who produced the results for corporations.

Most developed countries have well-thought out industrial policies that then drive the legislation and regulations of the nation. In this way, decisions about how much to invest in public education are measured against where the goals of the nation are when it comes to the kind of jobs they want to create in the future. Here in the U.S., we have it backward: Our “industrial policy” is a default position that reveals itself only after the decisions are made regarding trade, the environment, tax subsidies, job training, investment in infrastructure, education, etc. What does it say about our nation when we give companies economic subsidies to build factories that will pay our citizens less than what taxpayers are giving the companies to locate here? A strong industrial policy matters because it’s a roadmap to our future: the next generation of jobs, the opportunities for our children and the independence of our nation. 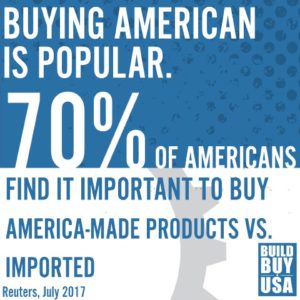 Whatever your feelings about it, it’s inescapable: Our economy is global. International trade — imports and exports combined — accounts for roughly 30 percent of the U.S. economy and affects millions of jobs, including the creation of jobs to process all the imported goods. Just because it’s inevitable, however, doesn’t mean we can’t do it better. In fact, countless decisions are made by elected officials that affect outcomes in our economy. Many of those decisions (looking at you, Washington) are driven by the goal of rewarding corporate interests which, let’s be clear, are to maximize profits — often by keeping wages low, avoiding regulations and destroying competition. The logical outcome of trade policy driven only by these considerations is a society with ever widening gaps between the haves and have nots. That’s why balancing the health of corporations with the need to build strong communities is vital. By putting the interests of workers, the environment and entire communities in the mix, we can develop trade policies where everyone benefits. 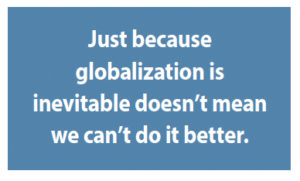 When workers organize into unions, they fight to improve their wages, benefits and working conditions. They also bargain new work and investments into their plants to keep good manufacturing jobs in our communities. In 2015, UAW workers used their bargaining power to demand that the Detroit 3 invest $22.6 billion into U.S. plants over the life of the agreement. Nonunion workers lack the legal protection to bargain for bathroom breaks, let alone investment in their communities.

United Way and UAW: Working Together