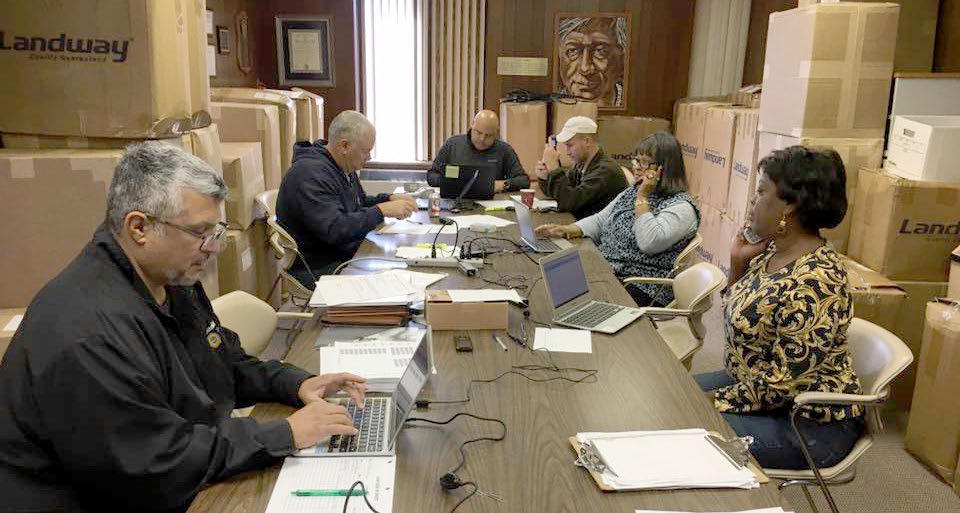 UAW members from Flint, Michigan, also reminded voters that the election was not just about the presidency, but that there were plenty of local issues to be considered.

Retiree Reminds Us of What UAW Members are About

My name is Wayne Bieger. I’m a proud UAW retiree. In 2007, after 34 years of work, I got to retire from Tonawanda (New York) Forge which was part of American Axle.

In my last years, I was president of Local 846. Being a president of a local in the best of times is not easy — getting out information, making sure issues are resolved and keeping members and retirees abreast of the important issues of the day means that you are constantly on call and available to members. As challenging as it was, it was equally rewarding as I got to keep abreast of our members’ and retirees’ lives.

Flash forward a decade and I still feel very connected to our union and what it stands for. That’s why I got involved in this year’s election — the cast of characters were different, but the issues we fight for in 2016 are the same we’ve been fighting for as long as I can remember.

This election was tough. So much negativity: the language, how the candidates campaigned, the nightly headlines and the blaring sound bites on social media. It all pushed people to one extreme or the other.

Working on the election, my main job was talking to members, active and retired, many of whom I knew or knew their families. I had great conversations catching up with folks I haven’t seen in years but, to be honest, it also wasn’t unusual to pick up the phone and have an angry voice on the other end. The reasons always varied: Some took exception to a piece of mail. Others thought the UAW endorsement process didn’t focus enough attention on an issue. The reasons blur, but what did stand out was the emotion driving the call.

You forget that the person knocking on doors or making calls is just another member or retiree. I had to remind myself that the campaign was pushing people’s buttons: They were being told that one candidate or the other was “the most evil person on the planet” so no wonder they were so anxious.

In the face of that kind of anger it’s easy to react in kind. But to me this election was about more than who sat in the White House — it was about reminding UAW members what we are about. To have that conversation, though, I had to listen. Listen patiently with no judgment. Only then could we move to a discussion between two union folks about the future of our country, because elections do have consequences, both good and bad.

‘But to me this election was about more than who sat in the White House — it was about reminding UAW members what we are about.’

Through these talks I learned that no matter which candidate you supported, you wanted what was best for yourself, your family and your community. Jobs, safety, economic opportunities for your family, security in retirement — it didn’t matter which candidate you supported — these were the core issues in the campaign. Granted, candidates had different explanations for how we got here and how we get out, but the bottom line is that we all started from the same place; that we wanted a stronger and more secure country for our community. There were exceptions. I did hear some hateful comments where I know there was little common ground I could find. But those conversations were rare. Most UAW members and retirees voted out of a deep concern about our families.

I know it’s easy after the election to continue the anger on both sides. That’s a wall that keeps us divided and no one wins except those who profit from us fighting with each other. I still plan on going to retiree meetings and talking to UAW folks I meet at the supermarket. I want to catch up with them on their children, grandchildren, retirement. I’ll tell them about my five grandkids and how proud I am to watch them growing up. By talking about those things – the things most precious to us — that’s where we start our conversations. We’re not going to agree all the time, but I believe that first step is the right step going forward.