PRO Member: Build It Here So We Can Buy It Here 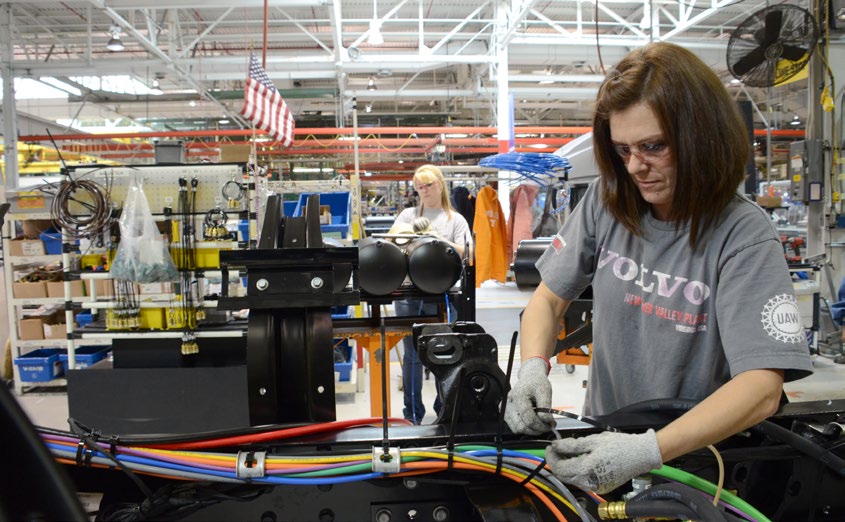 The rally call of “Buy American” isn’t new, but the proposition looks very different in 2017 than it did in the 1970s. Back then, there were almost 20 million workers in the U.S. making goods in factories across the country (today, it’s 12.3 million). These workers made clothes, baseballs, toys, blue jeans, electronics and a host of goods you could find in your neighborhood store. If you want some Brach’s candy in 2017, it will come from their factory in Mexico.

That’s one way the conversation today is different. Asking consumers to “Buy American” makes no sense unless there are things to buy. Instead, in 2017 we have to talk about building it here so we can buy it here.

The last 30 years have taught us a few things about the importance of a strong manufacturing base in the United States. Making products here — from consumer goods to heavy equipment — builds stronger communities through jobs that multiply: Each new full-time job created in manufacturing leads to 3.4 full-time jobs in related non-manufacturing industries (Source: Manufacturers Alliance for Productivity and Innovation, September 2016). These factories also produce goods that are safer for our families and the workers who make the products. From lead in toys to sweatshop conditions, the real cost of purchasing cheap imported goods is often hidden.

Bringing back manufacturing jobs won’t be easy, but the steep price of not taking this on will be paid by generations to come. Much of our fight will rest on changing government policies — whether it’s product labeling, procurement of goods and services or trade agreements. Far too often, these laws and rules favor the interests of the few who profit over the benefits to the many. Why else would our trade negotiators resist stronger labor and environmental laws abroad? Our country’s agenda should be to lift everyone, not make it easier to race to the bottom.

And as we demand that manufacturing jobs be created here, we have to remain mindful that not all jobs are equal. Our goal should be well-paying and safe jobs that can sustain families. Anything else is just creating a new kind of casualty of trade agreements.

In the meantime, we shop. In 2016, it’s estimated Americans spent over $5 trillion on retail sales. That’s almost a quarter of all the sales in the world. Each purchase is a choice. We look at products for good value, but measuring that value is more than just looking at the sticker price. Consider these four categories:

This conversation is an important one that we will be having this year in union halls and across the dinner table. Standing together, we can build an economy that lifts us all. We can reward good employers with our purchasing power while investing in a future for the next generation. Let’s have 2017 be the year that we get this right: Build it here, so we can buy it here!