On the hunt in New Mexico 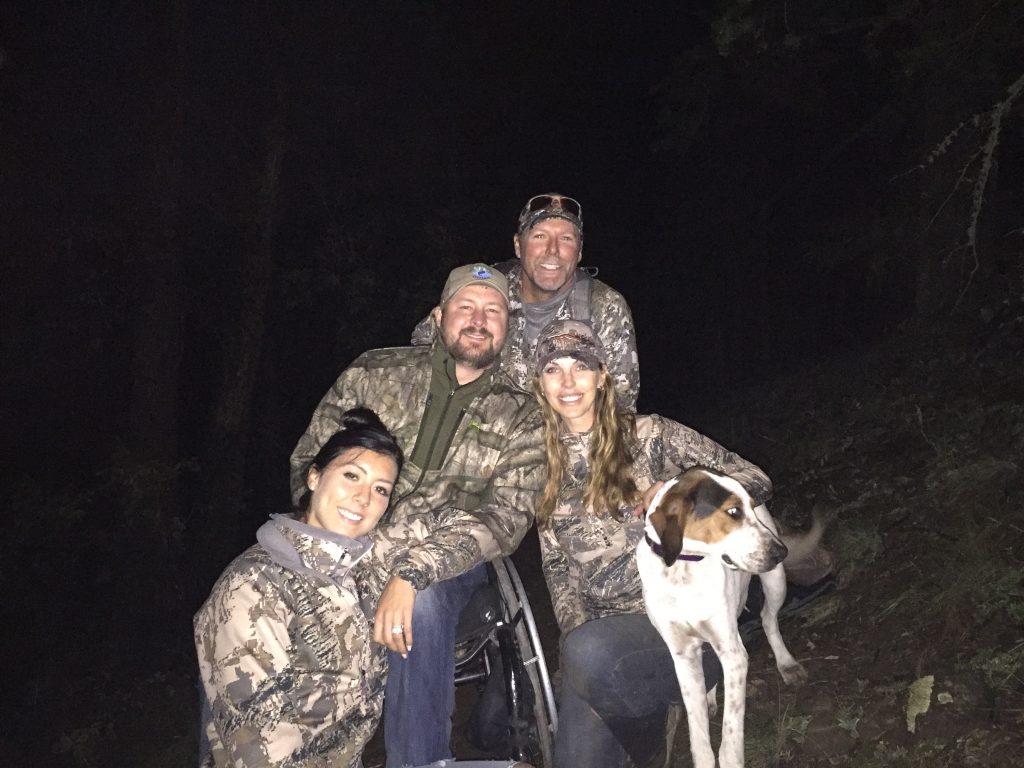 Local 838s member has the trip of a lifetime

For starters, the terrain and climate is much different. Whitetail deer are plentiful, while a black bear is a rare sight. And the deer is less likely to pose a threat to you.

For Local 838’s Aaron Heying, those differences — and hunting with complete strangers while being filmed for an outdoors show with his newlywed wife of 1 ½ weeks – gave him a rush of excitement and little nervousness. Heying won a bear hunting trip from the Union Sportsmen’s Alliance and will be featured on its “Brotherhood Outdoors” TV series in January. The show will air Jan. 3 at 11 a.m. on the Sportsmen Channel. 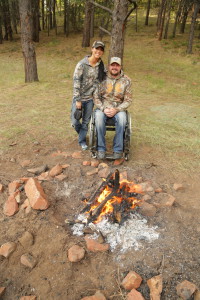 “It was awesome. I didn’t really know what to expect,” said Heying, who works in the Safety Department at John Deere Co. in Waterloo, Iowa. “It was everything I wanted and more. It was just a terrific experience.”

The experience included bonding with the show’s co-hosts Daniel Lee Martin and Julie McQueen, and their guide, Richard Baca of Antler Addiction Outfitters. Heying isn’t your everyday hunter. Paralyzed in a fall from a deer hunting stand in 2010, he won’t let his disability interfere with his passion for hunting, or his ability to make a living. Thanks to his union contract, he’s able to stay in the plant in a non-traditional job. He entered the USA contest when a co-worker encouraged him to apply.

The trip, which was held in the fall, also served as the honeymoon for Heying and his wife, MaeLyn.

His hosts and guide did all they could to accommodate his particular needs. At 6 foot, 3 inches tall and 220 pounds, their task would not be easy in the difficult New Mexico terrain.

“They just let me know that whatever I needed, they were going to make it happen,” he said. “I’m a big enough guy where it’s going to take multiple people to get me where I 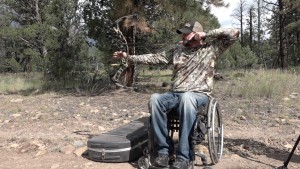 They made their way to their hunting area. For the first two days they didn’t see any other people, but got to enjoy the fellowship that hunting brings as well as the awesome scenery at their campsite.

Eventually, the hunting dogs caught the scent in the canyons, where the bears were staying low because of seasonal rains. The terrain was too difficult for Heying to get to, so his co-host Martin and guide Baca took turns carrying him in the canyon, while McQueen carried his wheelchair and his wife carried his bow. Then, the weather turned as sleet and rain forced the party to be cautious. 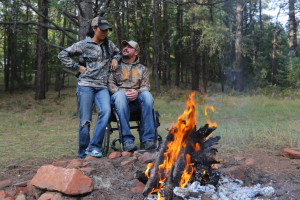 “Everybody else can walk out of there. With me it’s a different situation,” Heying said. “Hunting is exciting, but to me it’s not worth putting other peoples’ lives in danger.”

The Heyings stayed back while the rest of the party attempted to flush the bear toward them.

Did they get a bear? You’ll have to tune in to find out. But either way, it was a trip of a lifetime for the Heyings and a great way to start their life together.