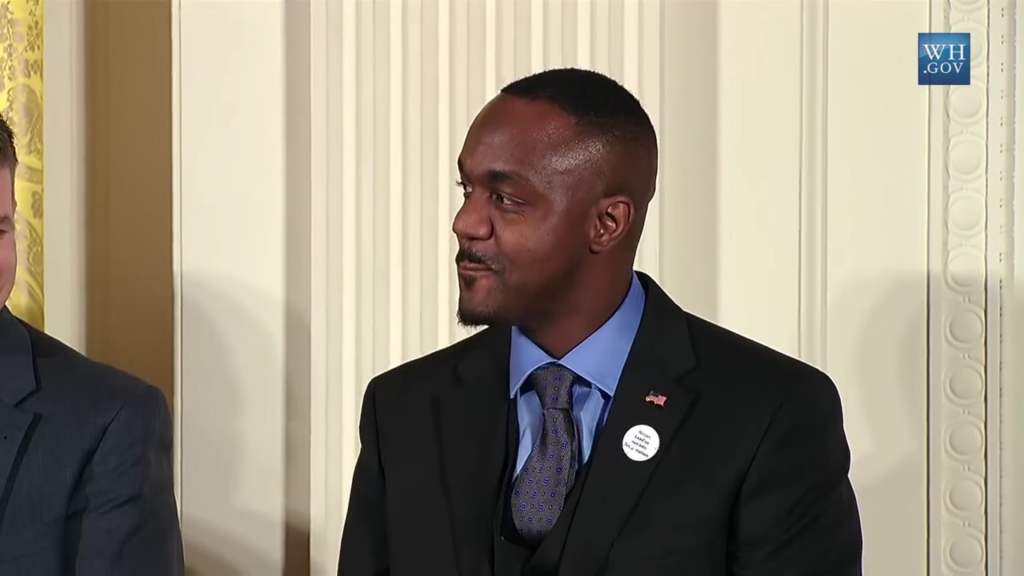 Working people have been getting squeezed over the past several decades as paychecks have failed to keep up with the cost of living. Fewer people having a voice at work has greatly worsened income inequality. Millions of Americans are not getting paid fairly for their work. Not coincidently, collective bargaining rights have been under attack by anti-worker politicians and right-wing interest groups. The question has become: What can and must we do about it? On Oct. 7, President Obama hosted a Worker Voice Summit to discuss these pressing issues and hear ideas for solutions from workers.

Robert Hathorn, a Nissan worker, traveled to Washington to tell his story and speak about the obstacles he and his fellow workers face daily on their jobs. Hathorn met with U.S. Labor Secretary Thomas Perez and later participated in a panel discussion.

“When I went to cast my vote for president of the United States, and I voted for President Obama twice, no one threatened me. But with a union vote at Nissan, there are threats,” Hathorn said. “As employees, we want to be heard, not dictated to.”

He educated people on the “‘permatemp” culture at Nissan, as well as barriers to workers organizing. Although he has transitioned from Kelly Services over to Nissan as part of its “Pathways” program, he still makes the same pay that he was making as a temporary worker for Kelly Services at $14 an hour and will top out at only $18.35 after five years. Kelly Services and Pathways workers work side-by-side with full-time Nissan workers, but they receive lower pay and inferior benefits. In some cases, they would have to work 70 hours to earn what Nissan workers earn in 40 hours doing the same job. “In my mind, this is not fair or just. … This is one of the many reasons I am helping to organize a union at the Nissan plant in Mississippi.”

Notably, he talked about serious health and safety issues. Many of the jobs are physically demanding and injured workers are often not treated fairly. Some are forced back to the same jobs they were hurt on. He rightly feels that all Kelly “temps” and Pathways workers should be treated the same as Nissan workers, arguing, “We all work for the same company doing the same job. The pay should be the same.”

History has taught us that a strong labor movement is essential to having a strong middle class and thriving economy. The labor movement has been a driving force for union and nonunion members alike: increasing wages, ensuring fair treatment at work, and maintaining a safe and healthy working environment. Simply put, when unions are stronger, poverty is reduced, middle-class incomes are higher, and the distribution of income is more equitable. In order to turn this around, we need stronger legal protections to ensure workers get paid fairly for the work they do and have a voice at work.

In his closing remarks, Hathorn left the audience with this slogan from a button he was wearing that takes from the Lord’s Prayer: “Nissan Lead Us Not into Temp- Nation,” receiving a thunderous round of applause. It is due to courageous individuals like Robert Hathorn that we are able to continue blazing the trail for the next generation of union organizing and workers’ voices.

UPDATED: Rally in Flint, MI – Get out the Vote for Hillary Clinton