New Leadership at 2B as Lortz Retires, Rankin Elected 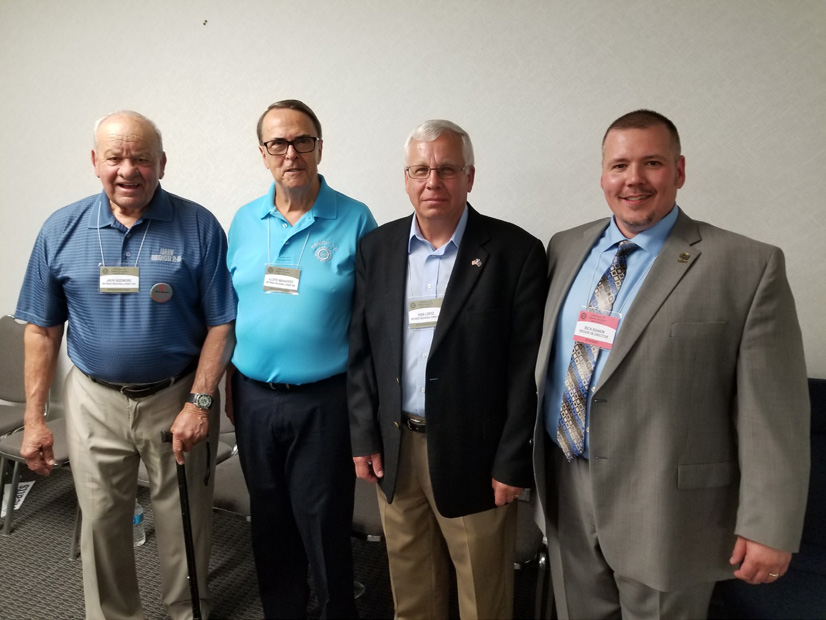 UAW Region 2B Director Ken Lortz retired May 31 after 47 years as an active member of our union. Lortz, served as Region 2B director and as a member of the UAW International Executive Board since April 2009.

“It has been an honor to wake up every morning and fight for the benefits, safety and wages of Region 2B members,” Lortz said. “Together with our regional staff our focus has been on improving the lives of our members and retirees and building strong communities in Indiana and Ohio.”

Under his leadership, Region 2B has focused heavily on servicing members’ needs and building communities. “I’m proud of what we’ve accomplished through collective bargaining for our members and I’m equally proud of all the hours that Region 2B members have spent fighting for justice, raising funds for charities, building wheelchair ramps, volunteering to help the poor, the homeless and the less fortunate, and giving of themselves,” Lortz reflected.

Lortz joined the UAW in 1970 when he began working at Atlas Crankshaft in Fostoria, Ohio, and became a member of Local 336. Lortz was appointed in 1993, to the UAW staff as a servicing representative after serving in various elected positions at his local.

In 2002, he was appointed as Region 2B assistant director. In 2009 he was elected to serve as the director and was re-elected twice as director of Region 2B, at the 35th and 36th Constitutional Conventions.

Lortz has spent his life engaged with his community and his union. “I am humbled to have worked with, and learned from, many great leaders and members. The UAW is the strong, stable, solid institution it is today because of the teamwork and leadership at the local and national level,” said Lortz.

On June 15, 2017 Region 2B Assistant Director Rich Rankin was elected at a Special Convention to succeed Lortz for the remainder of the term.

Director Rankin has been a UAW member since 1997 when he joined Local 1112 in Lordstown Ohio. Prior to his election he served as assistant director, carried out servicing responsibilities as a member of the 2B Regional Staff, with assignments including Independents, Parts, and Suppliers; Technical, Office, and Professional contracts, and General Motors. He also served the members of Local 1112 in various positions including three terms as a bargaining unit Chairperson at Lear.

Born and raised in Youngstown, Ohio, Rich graduated with a bachelor’s degree in Organ-izational Management from Malone University in Canton, Ohio and has a welding diploma from New Castle School of trades.

Director Rankin said “It’s an honor to represent our Indiana and Ohio members and advocate for them at the bargaining table. I’d like to thank Ken Lortz for being a great friend and mentor and leaving the region in great shape, with a formidable regional team in place. We have a strong tradition of leadership, bargaining gains, and community service and together we can grow even stronger.”