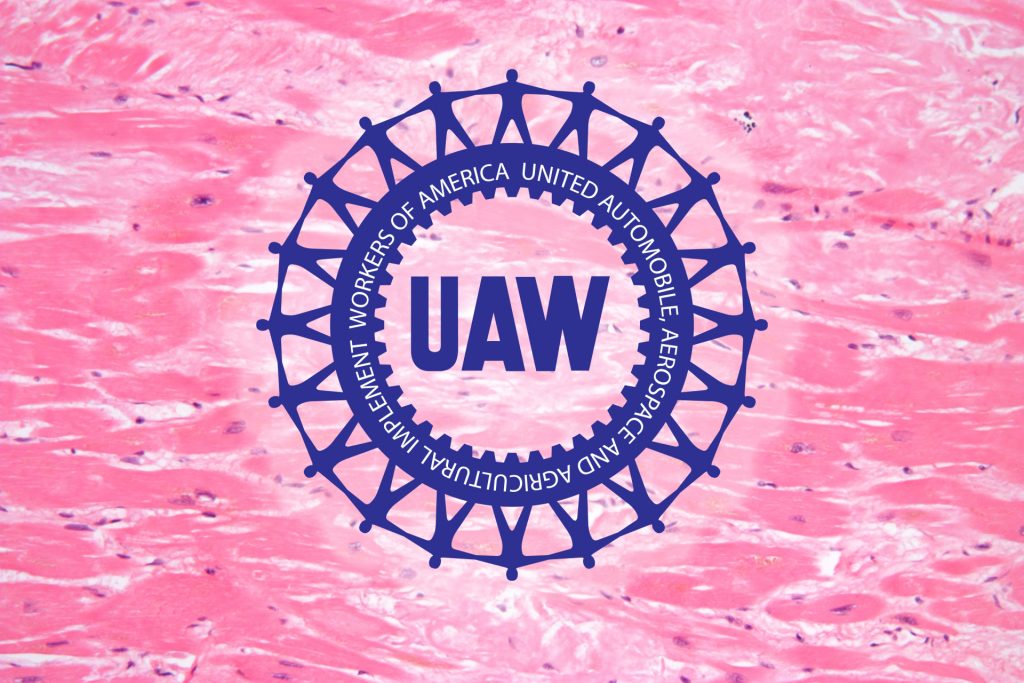 The way Local 1005 member Dennis Urbania sees it, there were three things that saved his life following a second heart attack in 2011: the snow, the compassion of the family of a 28-year-old auto accident victim, and his UAW contract.

It was a cold winter’s day when the now 50-year-old quality technician at General Motors’ Parma (Ohio) Metal Center suffered that heart attack while walking in a snowy, wooded ravine. Had he collapsed on a warmer day, his body would not have gone into hypothermic arrest, which basically slowed down the dying process.

His son found him and he was taken to a nearby hospital, but half of his heart was dead. Four months later he went to Houston to have a heart pump

surgically implanted. But he desperately needed a heart transplant to live.

“I went to No. 1 on the list,” Urbania recalled. “I was down to my last 30 days of life. I was literally on my last blood transfusion.”

While awaiting a new heart, he asked God for two things: Let him live so he could see his son walk down the aisle and let him return to the job he loves.

“I made a promise to the man upstairs: Take me back to work and I would be the best employee General Motors ever had,” Urbania said. “That’s the way I operate.”

A donor heart became available in June 2013 and he had the complex 13-hour surgery in Pittsburgh. Urbania later met the family of the donor. The family’s generous decision to donate organs saved eight other lives, he said. The donor’s sister put her head on his chest to hear her sister’s heart beating during an emotionally wrenching visit.

“One of the hardest things I’ve ever had to do was meet the family,” he said.

Two years later, he’s back on the job and helping to get the next generation Chevrolet Cruze ready for launch.

From seeing him with tubes and wires hooked up to him in the hospital to walking around the plant floor is a great sight to see.

“It gave me a new perspective on life,” Urbania said. “I thank God for every day I have.”

A sad fact in the United States is that if you don’t have health insurance, the chances of you getting life-saving major surgery such as a heart transplant are diminished. And if you do have insurance, you are likely to be saddled with so many out-of-pocket medical bills that you and your family will never get out of debt.

However, thanks to the new heart, the skill of his surgeon, and his union contract with GM, he’s working and not in debt. He racked up medical bills of at least $6.8 million, all of it paid for by his negotiated health care. His medicine would have cost him $9,000 a month without prescription drug coverage. Instead, he receives a 90-day supply for $17.

“There are a lot of people who don’t get transplants. I am truly blessed for my health care,” the father of three said. “I don’t see one bill.”

It hasn’t been all smooth sailing for Urbania. His body still tries to reject the donor heart and he has his bad days. Having a job to come back to helps him cope with the “Why me?” questions he sometimes has.

And he hasn’t been alone in his struggles. Local 1005 Bargaining Chairman All Tiller, who was his committeeperson when he first started having heart issues, supported him throughout, calling him regularly to advise him on benefits and to see what he could do to help. GM’s labor representative at Parma, Oksana Marino, also helped him navigate through his benefits and checked in to see how she could be of assistance. 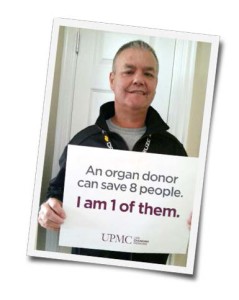 “It was a great team effort,” Urbania said. “It really was.”

Tiller said the fact the Urbania is back to work is amazing.

“From seeing him with tubes and wires hooked up to him in the hospital to walking around the plant floor is a great sight to see,” Tiller said. “There were so many things that had to fall into place for him — one being the insurance he has. Without his UAW-negotiated health care, he wouldn’t be here to tell his story. Dennis has told me many times how grateful he is to the UAW. He has endured a lot.”

His return to work also surprised many of his co-workers.

“We didn’t think we’d see him back,” said Mike Trivett, a 2nd shift fork lift driver and one of Urbania’s friends. “Obviously, he didn’t like sitting around doing nothing.”

Trivett said fellow UAW members understand what Urbania faced without having a strong union to negotiate a fair contract that protects them when facing a medical emergency.

“If it was a nonunion shop and he had health care that was not as good as ours, he would be broke,” Trivett said. “He could have lost his house.”

For information on how you can become an organ donor, visit organdonor.gov