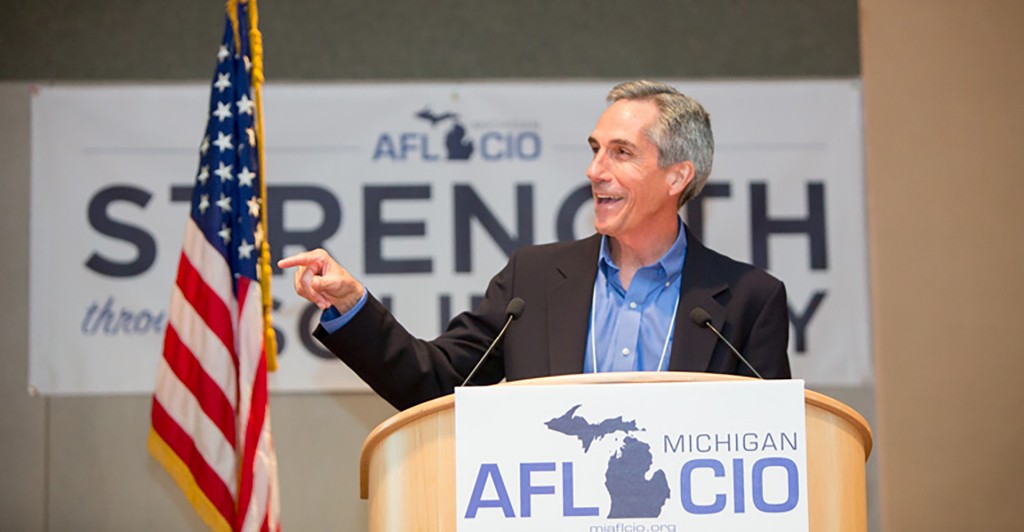 Ron Bieber knows Michigan like the back of his hand, which is probably appropriate as the state is shaped like one. The longtime UAW activist will be putting that knowledge to great use following his election in June as president of the Michigan AFL-CIO.

Bieber, who recently retired as director of the UAW Community Action Program (CAP), which oversees the union’s political activity, is a third-generation UAW member and the son of retired President Owen Bieber.

“We’re going to redouble our efforts to make sure all working people in Michigan have their voices heard in Lansing and Washington,” said Bieber, of UAW Local 730. “Instead of attacking working people, our elected leaders need to refocus on what matters: stable communities with decent-paying, family-supporting jobs.”

Bieber, who hired in at age 18 at General Motors’ Metal fabricating plant in Wyoming, Michigan, also was an assistant director of the UAW GM Department and is a veteran of many political campaigns and contract negotiations.

“We know Ron will do an excellent job at representing working families in Michigan,” UAW President Dennis Williams said. “He has the talent, ability and enthusiasm to help make lawmakers respect the voices of working people and get them to concentrate on bridging the gap in income inequality in this state. We stand ready to help him accomplish that.”

Bieber replaces Karla Swift, another former UAW activist who retired after four years at the helm of the organization. Daryl Newman, of the American Federation of Teachers, was re-elected as secretary-treasurer.