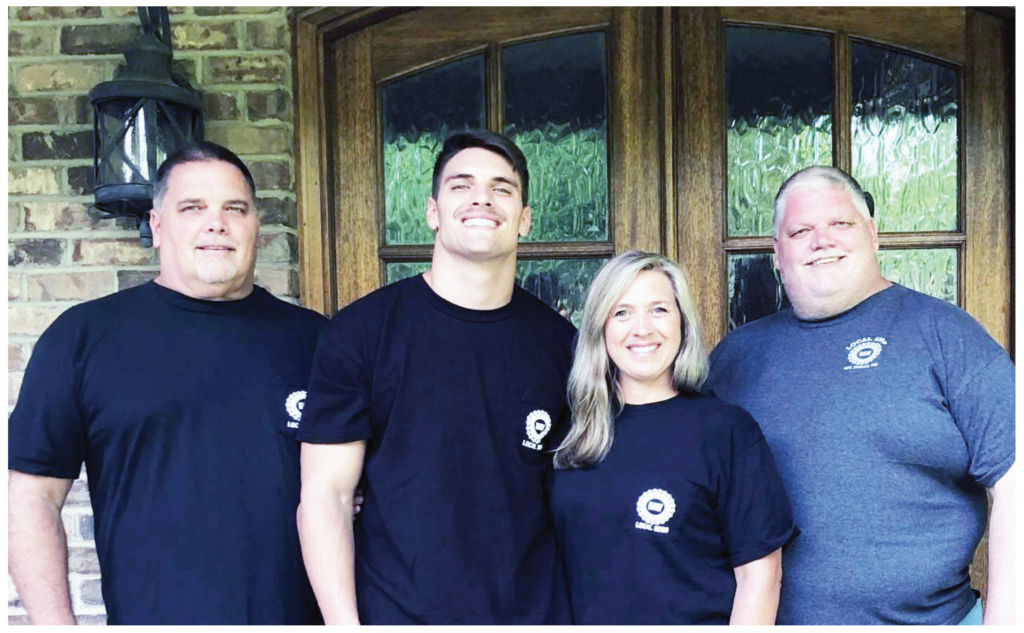 Union brothers and sisters at Daimler’s Freightliner Truck Manufacturing Plant have been following Tanner Muse’s athletic endeavors since he was a young boy at the Belmont, N.C., Optimist Park.

Muse, son of Kevin Muse, a longtime member of UAW Local 5285, was selected by the Las Vegas Raiders with the 100th pick of the 2020 NFL Draft.

“I always felt he belonged, and he proved to everyone he belonged,” Kevin Muse said. “I always told him if that’s your goal, then fine, but let’s get that degree, too.”

The 6-foot 2, 227-pound linebacker from Clemson University was taken with the 36th pick in the third round after earning two College Football Playoff national titles (2016, 2018), two all-Atlantic Coast Conference honors (2018, 2019) and one All- American award (2019). In April’s draft, Raiders head coach Jon Gruden phoned the Muse household in Belmont prior to Las Vegas’ pick to let him know the team was going to select him.

Since April’s draft, Muse had been at Clemson, staying in shape and working on conditioning while the NFL decided what to do about the pandemic. Muse is now in Raiders’ training camp near Las Vegas, Kevin Muse said.

He added that Tanner took part in a Zoom meeting recently with Gruden and Raiders General Manager Mike Mayock and, “Gruden said it was like talking to another coach. They were really impressed.”

Muse attended South Point High School, 8.4 miles from the Freightliner plant in Mount Holly where his father, a CI production tech, has worked since 1984. His uncle, Ronnie, a CI facilitator, has also been a member of Local 5285 since 1988.

Muse was a standout in high school in both football and baseball. As a senior, Muse recorded 150 tackles with four interceptions on defense and rushed for 1,292 yards, earning first-team all-state and Shrine Bowl honors. He was rated a fourstar recruit before committing to Clemson.

Muse was redshirted as a freshman in 2015, but the following season he saw action in all 15 games for the Tigers, making 24 tackles as a reserve safety and special team player during Clemson’s College Football Playoff championship season. He blocked a punt against Alabama in the title game.

Over the next three seasons, Muse established himself as one of the best safeties in the country and finished with 237 career tackles, seven interceptions and two defensive touchdowns. At the conclusion of his eligibility, he was named a permanent team captain after playing in 59 games, tied for the most in school history.

Eric Norman, a materials auditor at the Mt. Holly plant, was a press box staffer at a rival school and got to see Muse play during his high school career. He said from an early age, Muse’s speed and hard-hitting ability was evident.

“There was a lot of buzz about Tanner,” Norman said. “He was definitely known. We all knew he was going to be on the radar.”

Joseph Adams, who works in Cab Mount Build-up and coached against Muse at another rival high school said, “He’s a kid that never stopped working. Everything he’s got, he earned.”

Local 5285 President/Shop Chairman Billy Rose said the union’s brother and sisterhood extends to the children of the membership.

“We’re glad to see them get scholarships and an education because you always want to see your kids do better than you,” Rose said. “For Tanner to go all the way and get taken in the draft is really something special.”

Tanner’s brother, Nick, might be the next Muse drafted by the NFL. He’s a 6-foot 4, 250-pound senior tight end at South Carolina. Nick transferred from William and Mary University prior to the 2019 season and caught 17 passes for 158 yards before an injury ended his junior year.

“We’re proud of both of them,” Rose said. “I know their family is super proud of them.” As luck would have it, Tanner Muse and the Raiders will open the 2020 NFL season at Bank of America Stadium against the Panthers in Charlotte, only a few minutes from hundreds of family and friends at Local 5285 and the Belmont and Mt. Holly community.

Striking UAW workers standing strong in solidarity across the country