Legislative Update: Judges Can Protect Our Rights … or Weaken Them 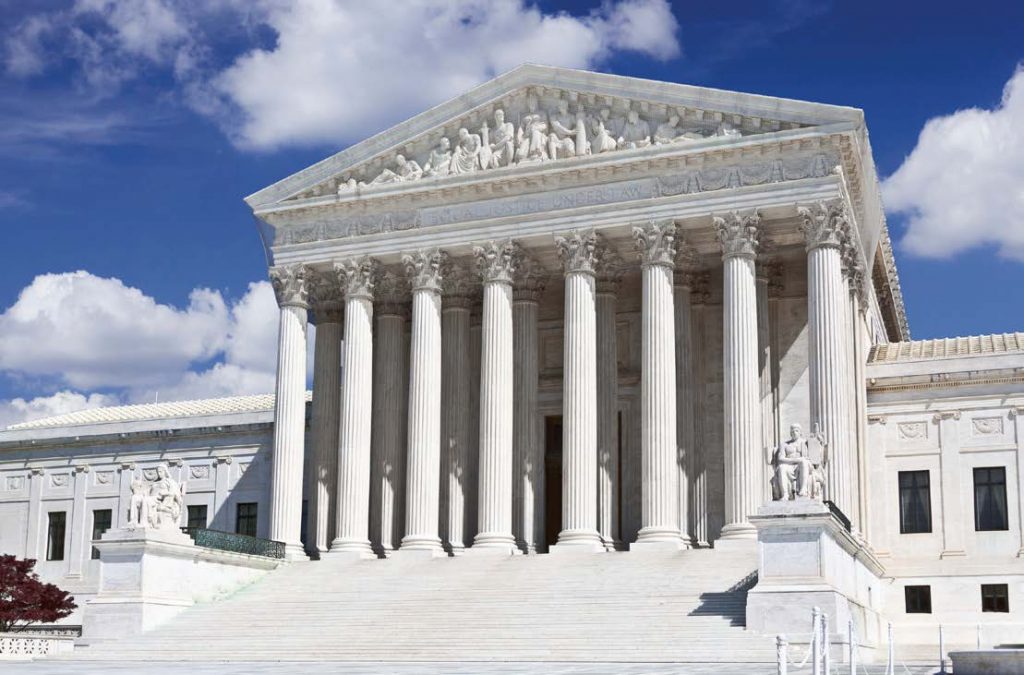 The United States Supreme Court: Why It Matters to UAW Members

Presidential and congressional elections rightfully dominated the national news and our attention last year. Their decisions impact nearly every facet of our lives. The wages we earn, water we drink, our ability to protect ourselves from terrorism, and the education our children receive are all directly impacted by their decisions. That said, we are a nation of laws and our Constitution establishes limits to their power. Our Founding Fathers carefully devised a system that aimed to ensure that our laws and Constitution could stand the test of time.

It is for this reason the Constitution gives judges the authority to strike down laws and policies deemed unconstitutional and in violation of the law. It is also why judges serve for life and do not run for elected office.

After assuming office, President Trump nominated Judge Neil Gorsuch to serve on the U.S. Supreme Court. After carefully reviewing his record and studying his testimony before the Senate Judiciary Committee, the UAW opposes Judge Gorsuch’s nomination to the Supreme Court because of his poor record on issues of importance to workers.

The highest court in the land only has eight justices so Judge Gorsuch could be the deciding vote on future decisions that impact our rights in the workplace, the right to vote without interference, and much more. If confirmed by the Senate, his decisions will impact all of us for years and possibly decades to come.

The UAW believes Supreme Court nominees must have a record demonstrating that he or she is fair, open-minded, independent, and committed to protecting our legal rights. Nominees must understand the issues and challenges facing working families.

There are very serious concerns about Judge Gorsuch’s views on issues that impact working families. He has sided with employers and not workers time and time again.

Gorsuch argued in a case where a worker was electrocuted on the job by an overhead power line that no evidence existed to support penalties issued on the employer. He also said interim earnings should be disregarded when calculating back pay.

In a 2005 opinion-editorial, Gorsuch condemned “American liberals” for an “overweening addiction” to constitutional litigation. He directed criticism only at “the Left,” not the right-wing and conservative legal advocacy groups. In fact, right-wing groups have used the court to try to block practically every pro-worker policy enacted at the state and federal level for years.

He doesn’t believe in deferring to the expertise of agencies like the National Labor Relations Board and the Equal Employment Opportunity Commission. This means he has no qualms overturning collective bargaining rights and workplace protections.

UAW Retirees Also Have a Lot on the Line

Retirees in the Sixth Circuit (which covers Kentucky, Ohio, Michigan and Tennessee) have successfully challenged company efforts to reduce or eliminate their hard-earned retiree health care benefits on several occasions. Unfortunately, in 2015 the U.S. Supreme Court issued M&G Polymers USA LLC v. Tackett. In this case, the court questioned the rights of retirees, putting health benefits in jeopardy. The court did not make a final decision on the case but cast doubt on the rights of retirees. The four Democratic-appointed Supreme Court Justices wrote a separate opinion piece laying out a framework for how union retirees could still prevail. No Republican-appointed justices supported the framework.

Since that time, many companies have tried to use this decision to modify or eliminate retiree health care benefits.

Ultimately, the Supreme Court may have to weigh in on the subject again, as lower courts struggle to apply the Tackett decision.

We must make our voices heard and fight to ensure that fair judges are appointed in all circumstances, especially when it comes to the Supreme Court.