Legislative update: A Direct Hit to Our Rights on the Job 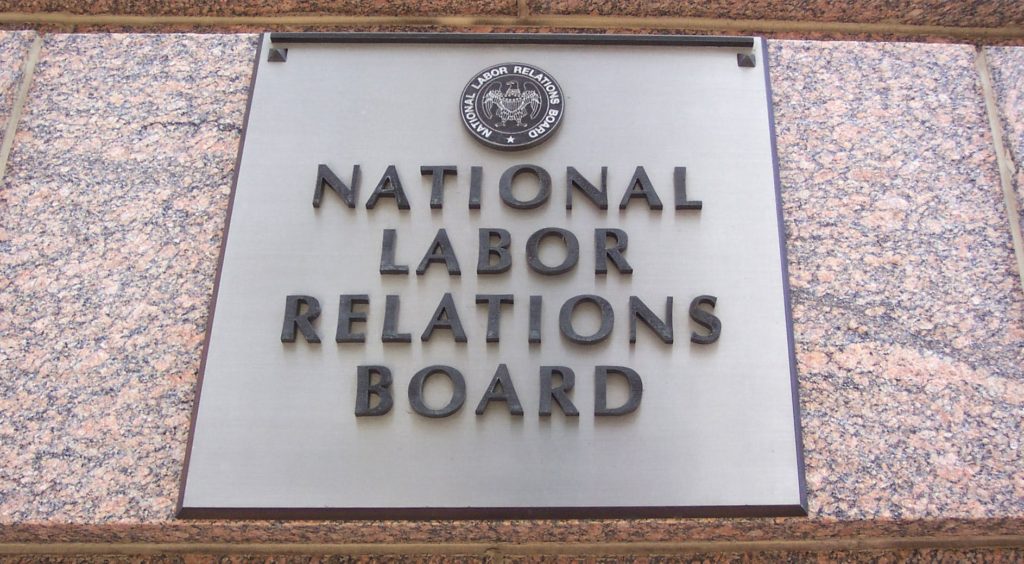 It has never been more difficult to keep up with national politics. Between ongoing investigations, tweets, tensions with foreign powers, and disputes over immigration, taxes and health care policy, it is easy to lose sight of what matters in our daily lives: decisions that impact our quality of life and paychecks.

The Republican-controlled Congress and White House appointees are curtailing workers’ rights by gutting rules and regulations they claim are unnecessary and bad for business. These measures are laying siege to working people’s ability to organize and bargain for fair wages and safe working conditions.

Last year, the Republican Congress passed a law that ends the requirement holding employers financially responsible for maintaining accurate records of work-related injury and illness data for a reasonable amount of time. This terrible law takes us backward by making it harder to detect health risks from breathing in toxins and repetitive injuries. If not repealed, it will certainly lead to more injuries and even deaths on the job.

The administration is gutting a rule allowing white-collar workers to be paid more for overtime by limiting eligibility for overtime to workers who earn $913 per week ($47,476 annually) or less. The existing overtime rule benefitted millions, including thousands of UAW members who work in our colleges and universities. The administration is also moving forward to roll back rules allowing workers to keep their tips. According to the Economic Policy Institute, employers could legally pocket $5.8 billion in tips each year. The impact could be widespread as workers who regularly receive tips include thousands of UAW members working in casinos as restaurant workers and as delivery people.

President Trump’s selections to serve on the National Labor Relations Board (NLRB), William Emanuel and Marvin Kaplan, have long track records of opposing workers and siding with corporations. Both were confirmed by the Senate with Republican support only. Once in place, they immediately took actions that blatantly favored unscrupulous employers over workers. Their decisions make organizing even more difficult, fair elections more tenuous, and the boss’s interference and threats without accountability easier. The NLRB’s new pro-management general counsel, Peter Robb, hastily threw out a case put forward by our Honeywell members in Indiana and New York who were locked out for 10 months.

To make matters worse, the NLRB is giving more power to board members in Washington and less to career civil servants all over the country — an ominous sign for workers seeking to organize and collectively bargain. The Republican-controlled Congress supports these rollbacks, so it is an uphill battle to stop them at this point.

In our system of government, nearly all controversial decisions ultimately see their way to federal courts where judges either stop them or let them go forward. President Trump is on pace to eclipse modern presidents with the highest number of judges confirmed in his first term. President Trump has confirmed a record 23 judges in his first year as president. By comparison, President Obama confirmed three and George W. Bush confirmed six after their first year in office. Nearly all of these judges have extensive anti-worker records and they will have the opportunity to affect the lives of the millions of American workers for many years to come as federal judges have lifetime appointments and are not elected to office.

Senate Republicans also want to pass the Tribal Labor Sovereignty Act. This bill would directly harm our members at Foxwoods Casino in Connecticut and hundreds of thousands of other workers by eliminating federal rights for commercial enterprises on tribal lands like casinos, mines and resorts. Anti-worker groups, like the U.S. Chamber of Commerce, have worked to weaken collective bargaining rights and organized labor. If successful, this would be the first time since the late 1940s that Congress acted to take away worker rights.

So, what can we do about it? We must insist that elected officials listen to us or pay dearly at the ballot box this November.