Helping in the community is a natural fit for our union 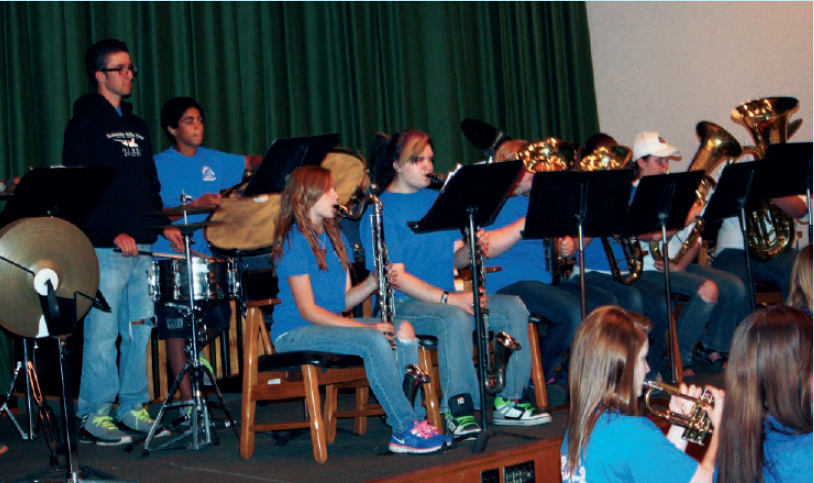 Two examples of many actions members have taken to help others include a recent day of service on the Martin Luther King Jr. holiday Jan. 18 in metro Detroit. UAW Region 1A Director Rory Gamble and members from the region, in conjunction with radio talk show host Mildred Gaddis, hit the streets to help the homeless where they are with specially designed sleeping bags able to handle temperatures as low as 17 degrees below zero, not unheard of during Michigan’s bitterly cold winters. The distribution was launched at St. Leo’s Soup Kitchen in Detroit, followed by UAW members venturing into the cold to deliver 300 sleeping bags to the homeless. If you’d like to donate funds to help purchase sleeping bags, mail a check or money order, payable to EMG Foundation, to Radio One, 3250 Franklin, Detroit, Michigan, 48207, or call (313) 259-2000.

Another way UAW members give back to their communities happens every year at the UAW’s  Family Education Center at Black Lake. Herb Taylor, senior chaplain of UAW Local 31, Region 5 chaplaincy coordinator and chair of the International’s Chaplaincy Program, says at the chaplaincy’s annual conference at Black Lake in June, the roughly 160 chaplains reach out to financially struggling area residents by engaging in a special day with about 100 high school students from nearby Inland Lakes High School. They invite the school’s marching band and choir members to share a meal and fellowship with them at Black Lake, followed by a concert in the assembly hall put on by the students for the chaplains.

The students even perform Solidarity Forever in tribute to the UAW. “We wanted to go into the community and give something back,” said Taylor. The chaplains have even raised $2,500 for new uniforms for the band members. “The kids are mostly low income and they really look forward to participating each year. In fact, band and choir membership has grown at the school because the kids hear about our program and want to come to Black Lake,” said Taylor. “It’s important that we at least have a meal with the kids because you’d be surprised how many of them go home at night and don’t have a meal to eat.” The chaplains maintain contact with the school throughout the year. “Words can’t explain the joy we see on the kids’ faces. We are in the community as the UAW, and to be able to support students at our own educational center is overwhelming. It feels good.”