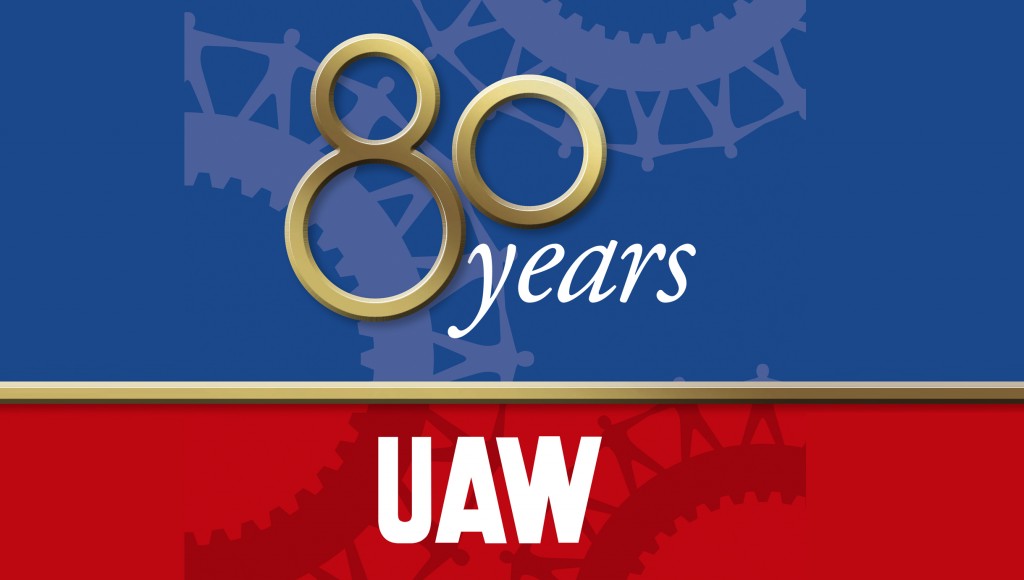 Eight decades ago, about 200 workers in the automobile industry gathered in hotel ballroom in downtown Detroit. Their jobs were low-paying, dangerous and dirty, the hours long and their health and safety wasn’t a concern to the auto companies. They had no say in their jobs and could be dismissed at the whim of a manager.

They recognized that by joining together, by pooling their talents and resources, they would be much stronger and could demand better working conditions. They realized that they could bridge the gap from working in poverty conditions to working with dignity and gain a fair shot at the American Dream. On Aug. 26, 1935, the American Federation of Labor (AFL) granted them a charter as the International Union, United Automobile Workers of America.

We’re celebrating this milestone anniversary by presenting four essays from writers outside the UAW who know what we’ve done in the past, but more important, how – with your continued support and solidarity — we can continue to bridge the gap in economic and social justice for our members and for all Americans in the future.