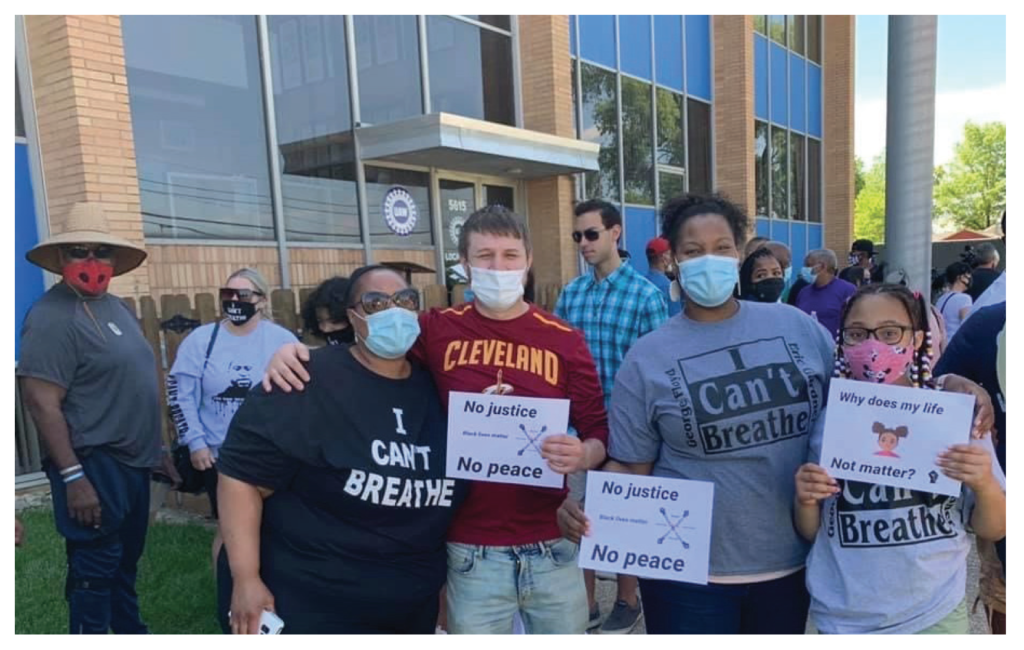 On a beautiful June morning, the UAW Local 1005 Civil & Human Rights Committee held a peaceful protest on the front lawn of the local’s union hall in Parma, Ohio. In response to yet another series of unnecessary killings of Black Americans by police officers, including the May 25 death of George Floyd, speakers at this event motivated, educated and challenged those in attendance to say, “Enough is enough!”

Other speakers who addressed the crowd included:

The following is the text of the speech that was given by Brother Darryl Campbell: “Good Morning. First of all, I would like to thank everyone for taking time out of their day to be a part of this peaceful protest. I just felt that we should show that GM/ UAW autoworkers care and we stand together in solidarity. This is not just about George Floyd. This is about each and every one of us. Every man, woman and child should be treated fairly no matter what the color of their skin. How long can we stand by and watch unarmed Blacks being killed? Being arrested should not be a death sentence. We, as Blacks, should not be afraid when we are pulled over by police. We should not be profiled because our skin color is darker than theirs.