From the director, Rory Gamble, Region 1A: Let’s take a sober look at the next four years 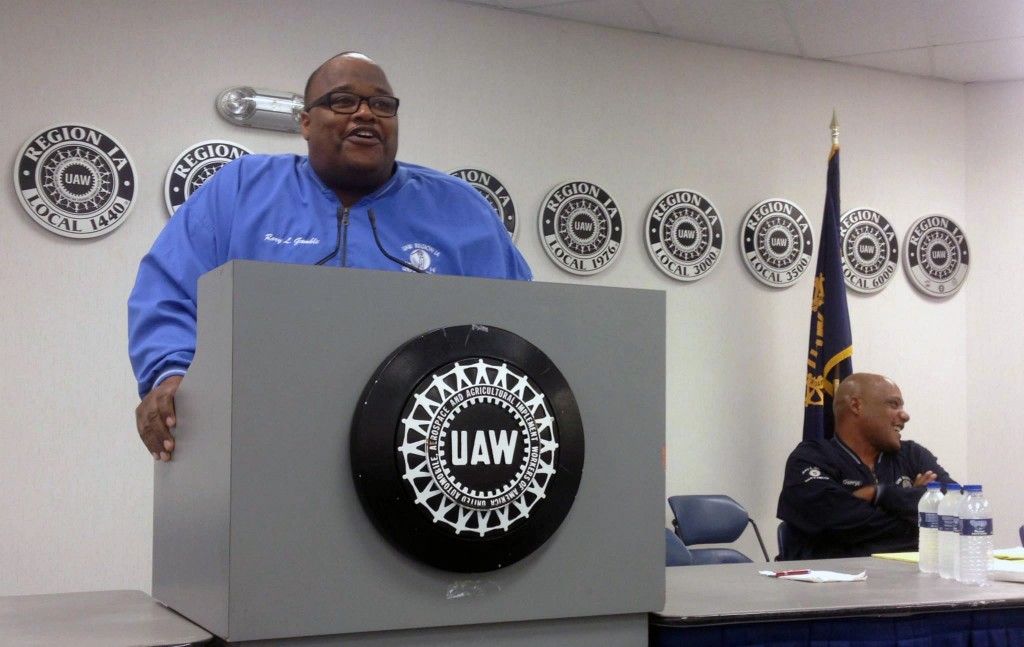 Many of us are still digesting the 2016 election and the ripples that will no doubt continue for years to come. To say it was a game changer is to mince words. It has set in motion a series of events that we will not fully realize for many years to come.

First and fore-most, we have to examine why this happened. Not the Monday morning quarterbacking of all the things Clinton should have done, but what was it about Donald Trump and his message that made so many working people, including our members, see him as the solution to the problems we all face. We have to be honest and open in thinking about that. It is going to take listening to one another, something that is going to be made very difficult given the hate-filled rhetoric that fueled Trump’s campaign. But it is something we must do to rebuild for our future.

We also have to look soberly at the four years ahead. While Trump is in many ways a wild card, the cast of characters he is surrounding himself with are not. If you’re from Michigan, you know Betsy DeVos. She has lived her entire life surrounded by privilege: the daughter of the founder of auto supplier Prince Corporation in Holland. She became part of the Amway family by marrying the founder’s son. She’s never attended public school and that’s a point of pride to her. Make no mistake, she’s bound and determined to divert the investment of tax dollars in our public schools for profit or religiousbased education systems. And she’s our new Secretary of Education.

The challenge for us is to not attack, but to engage on these subjects now, not just during election season.

The New York Times recently noted that, “The Detroit, Flint and Grand Rapids school districts have among the nation’s 10 largest shares of students in charters, and the state sends $1 billion in education funding to charters annually. Of those schools, 80 percent are run by for-profit organizations, a far higher share than anywhere else in the nation.” (New York Times, Nov. 23, 2016.) The same article notes, “Most charter schools perform below the state average.” That’s no surprise if you have any children attending school in Michigan.

Charters and vouchers have become a way for private companies to make untold profits off our children, but they have not delivered on their golden promise to improve education. When legislation came up in 2016 to set the same standards for charter schools as for public schools, it was DeVos who spearheaded efforts to kill the bills. And she did it with cash: In a seven-week period, a group she funds gave Republicans in Lansing “$1.45 million in June and July alone — over a seven-week period, an average of $25,000 a day.” (Detroit Free Press, Nov. 23, 2016.) This from a woman who proudly said in 1997: “I have decided to stop taking offense at the suggestion that we are buying influence. Now I simply concede the point. They are right. We do expect some things in return.”

Maybe what this tells us is that where problems exist, forces will exploit the problems to serve their own agenda. The drive to fund charter schools isn’t about improving education; it’s about destroying public education. This also seems to describe how Trump got elected: Tout jobs and the struggles of working families, then stack your cabinet with Wall Street types who want to profit off government. The challenge for us is to not attack, but to engage on these subjects now, not just during election season. Yes, the next four years are going to be challenging. We will have to re-examine how we work, fight and engage. We will have to communicate differently with all UAW members and retirees. I remain hopeful that we can emerge stronger, more unified than ever. But this will take all of us in all corners of our union working together to hold all of our elected officials accountable and reminding everyone that elections matter.