From the director, Julie Kushner, Region 9A: Solidarity with Locked-Out Honeywell Workers 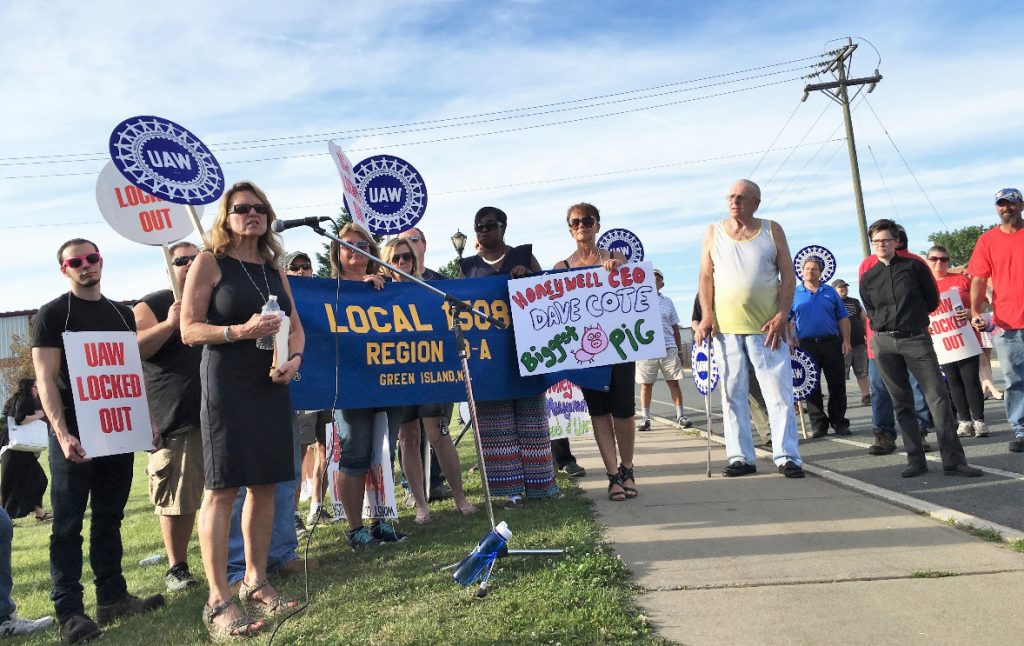 Since May 9th, over 350 UAW members from Local 1508 in Green Island, NY (Region 9A) and Local 9 in South Bend, Indiana (Region 2B) have been locked out by Honeywell’s Aerospace division after rejecting a contract which would result in dramatic cuts in healthcare, the elimination of the pension plan, and a weakening of the overtime rules. In essence, members would be taking pay cuts after the high cost medical plan is forced on the workers. All this while Honeywell CEO David Cote earned $34 million in 2015 and upon retirement will have a pension of $800,000 per month. 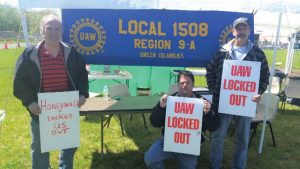 “Our members take pride in their work, knowing that the aircraft brakes and wheels we make for military aircraft help keep our nation safe and secure, and as part of civil aviation keep the flying public safe. All we want is decent pay and benefits in return for our hard work,” said Tim Vogt, a 29 year Honeywell employee and President of UAW Local 1508.

Region 9A members have been steadfast in their support of their locked-out sisters and brothers having made trips to New York’s Capital District to walk the picket line, attending rallies, engaging in civil disobedience, and raising funds for the members to help meet their everyday expenses and to make sure they had the ability to enjoy the holiday season. This past Thanksgiving, UAW Local 3999 from Bath, Maine took their solidarity to the highway, driving 5 hours to Green Island to deliver turkeys and all the holiday trimmings for the Local 1508 members and their families. Solidarity, brothers and sisters!

On December 2, 2016, the NLRB certified a unit of 77 workers at the Plimoth Plantation, living history museum in historic Plymouth, MA. These workers are historical interpreters of 17th century pilgrims and are Native American workers who explain and demonstrate how the Wampanoag’s ancestors lived and interacted with the pilgrims. Also in the unit are the workers in building and grounds who maintain the historic sites. 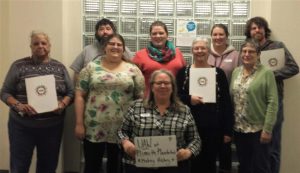 After a ferocious fight to win their union, which included interference from a union avoidance consultant who held daily captive audience meetings for nearly two weeks and a known union busting law firm, the workers prevailed with a 3-vote victory. Now everyone is ready to join together for a Plimoth Plantation that values all workers. As Ian Butkowsky put it; “No matter how anyone voted, we are proud that 94% of our bargaining unit came out to vote which speaks volumes about how much each and every one of us loves Plimoth Plantation and cares about its future direction.” Butkowsky added, “Now, the real work begins. In the coming days, weeks and months, we will need to work together to build our union, from the ground up, the way WE would like it to be. It can’t be stressed enough what an exciting opportunity this is!”