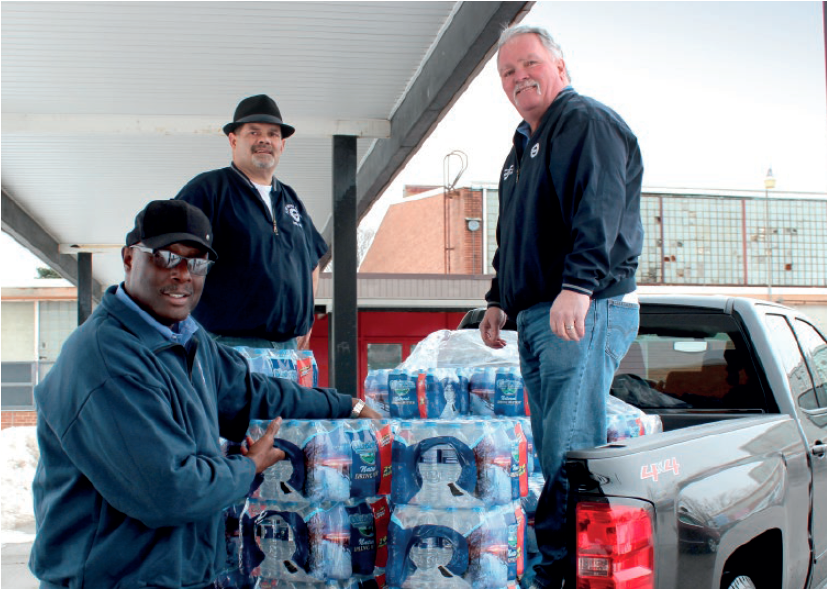 Brother and Sisters, I hope that everybody had a nice holiday vacation and are enjoying family and friends. Those of us who made New Year’s resolutions and big plans to do better than last year, stick with it and don’t give up. The struggle continues. Good luck to you on reaching your goals.

The previous year has left us with many challenges to start the New Year; it appears that the biggest challenges will come as a result of the 2016 Election.

Before we discuss some of the challenges we may face in 2017, let’s take a moment to tip our hat, or should we say give a shout-out, to President Barack Obama. Regardless of your party affiliation or your political awareness level and being honest about it, you would have to agree that President Obama gave it his best. He served this great nation and made a difference. I’m not suggesting he doesn’t deserve any criticism. I would be the first to say his support of TPP didn’t align with our vision and values on trade, however we are not going to be narrow sighted on other issues. When looking at his presidency as a whole, he has been a friend to working people.

President Obama helped save the auto industry after the financial crisis of GM and Chrysler and for that, thousands of jobs were saved. Let me highlight just a few more accomplishments: The Affordable Care Act is considered to be his greatest achievement; he authorized the raid to kill Osama Bin Laden; he passed the Dodd-Frank Act which holds Wall Street accountable in the event of another financial crisis; he signed into law the Lilly Ledbetter Fair Pay Act.

But his good acts don’t end there: He has urged states to raise the minimum wage to $10 an hour and was a leader to help the environment by fighting to reduce global climate change; he is consistently and honestly an excellent role model as father, husband, and man; and for me personally, the president’s speech in Philadelphia on race relations was awesome.

In case we have forgotten, President Obama honored his oath as POTUS in spite of the birthers and the obstructionists, not to mention the incredibly complicated international events on the global stage. He remained elegant and poised during countless domestic crisis. The American public and the republic were always confident in the judgement of the President. Like many visionaries, President Obama desired red states and blue states to be “The United States.” We all can be sure his legacy will be debated in years to come.

Though perplexing, and contrary to the president’s efforts, America seems is more divided than ever. What other explanation could there be for the election of a man who is basically the opposite of President Obama. Working people, history tells us, do not thrive when a “business man” sits in the oval office. We do have challenges ahead of us, but union workers have faced challenges before.

Working people know how to work toward a common goal. We know how to face adversity, and we know that giving up is not how we move forward.