Cover Story: Weathering the Storm Pt. 3 – Lending a Hand to Our Fellow Americans in Puerto Rico 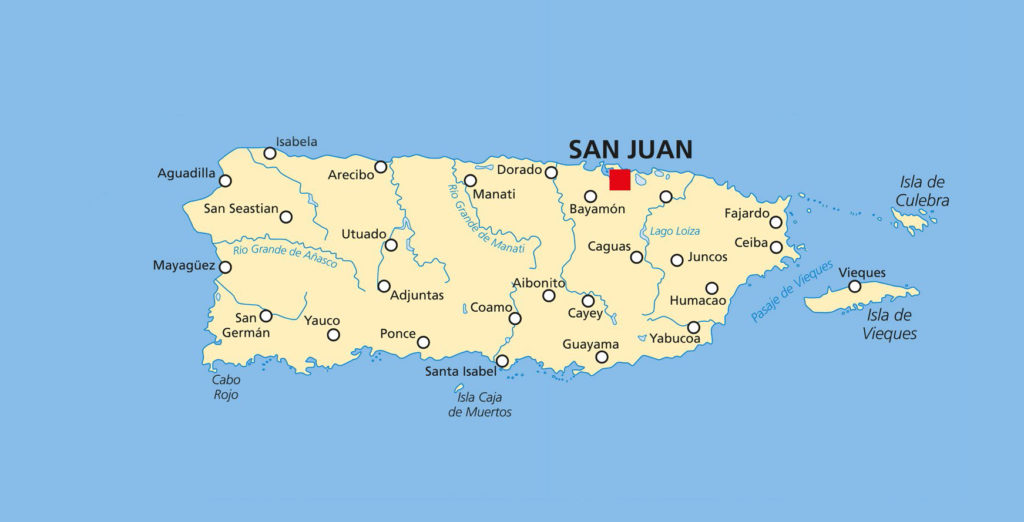 Some Cities Where UAW Members Pitched in

We helped clear streets and remove tons of debris. UAW members worked on repairing The School of San Juan to make the buildings water tight — a task that was a race against time as the hot, humid country was giving rise to ideal conditions for black mold to grow in homes. The School of San Juan is the first municipal elementary school that offers bilingual academic courses. I’m especially proud to report that our school reopened Oct. 24, becoming one of the first schools to reopen after the hurricane.

UAW volunteers delivered food and water and assisted in medical services at the home and shelters.

During our time in this city, UAW volunteers covered roofs with tarps, cleaned up black mold, delivered food and water to residents, and provided medical services to home and shelter residents. Many of the residents didn’t have any of their prescriptions and the process was made more difficult because many of the pharmacies and doctor’s offices were closed.

UAW volunteers repaired eight municipal trucks, provided 15 heavy equipment operators, one fuel truck operator, and 10 debris removal personnel. A team of nurses and doctors visited three shelter areas and four nursing homes and provided exceptional physical and emotional care. We also delivered food and water to residents with the assistance of the mayor. We were able to provide aid in this city more effectively and efficiently because the mayor provided us with the use of the only city trolley.

UAW members delivered food and water to residents of nursing homes and shelters, repaired a city ambulance and one generator, removed mold, and cleared debris from the streets.

UAW members were able to help by delivering food and water, removing debris from the streets, providing doctors and nurses for home and shelter medical care, and we were able to facilitate communication between UAW members in Puerto Rico and their families back home in the states.

UAW volunteers delivered food and water and assisted in medical services at the home and shelters.

UAW Members on the AFL-CIO Mission

In addition to those on the AFL-CIO trip, many UAW members and their families from across the country traveled to Puerto Rico at their own expense to help out.

AFL-CIO Trip One of Many Relief Efforts

In early October, 327 union members, 17 of whom were UAW members, boarded a union-made Boeing 777 in Newark, New Jersey, headed for Puerto Rico to lend a hand in the recovery after Hurricane Maria. The flight had been arranged by the AFL-CIO, and in a matter of days, the aircraft was full of skilled volunteers from every corner of the nation. From nurses to electricians, they loaded up the tools of their trades to help our brothers and sisters on the island, which was already reeling from Hurricane Irma. Many members of Region 9A, which includes Puerto Rico, participated in not only the cleanup of their own residences, but those of neighbors and strangers alike. In Texas, UAW locals from Region 5 transported food, water and other supplies in the aftermath of Hurricane Harvey. Members in Region 8, which covers the Southeastern U.S., headed to Florida to lend a hand after Hurricane Irma devastated the Florida Keys and other parts of the state. Across the nation, UAW members donated tens of thousands of dollars to help our fellow citizens in their time of need.

“It doesn’t matter if people in need are union members or not. We will step up, help out and do what we can in a disaster to make sure basic needs are met,” said UAW President Dennis Williams. “I would like to thank those who directly helped out, those who donated funds to the recovery efforts, and our regional directors for their efforts in making members and staff available to help.”

Puerto Rico is an island of 3.5 million U.S. citizens and still needs our help.

Nearly three months after two devastating hurricanes, Puerto Rico’s recovery has been agonizingly slow. Nearly 400 of our members remain homeless. UAW members in Region 9A have generously donated more than $100,000 to help their brothers and sisters, while the International Executive Board has voted to donate $100,000. UAW Region 9A, which includes Puerto Rico, has set up an online donation campaign at bit.ly/UAWforPR.

The lives and the future of our Puerto Rico members remain in peril. Let’s do all we can to show them that they are not forgotten and that we stand with them.