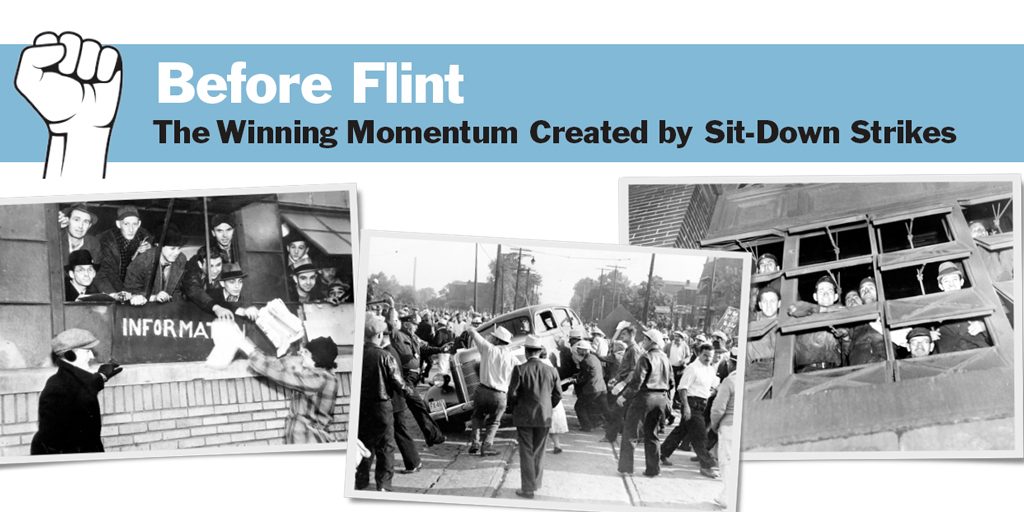 The sit-down strike in Cleveland.

They Had to Sit to Stand Up for Themselves

The momentum that spurred Flint started in Atlanta, Detroit and many other places

Editor’s Note: Most UAW members know about the solidarity of the 44-day strike in Flint, Michigan, that led to General Motors’ recognition of the UAW as the autoworkers’ sole bargaining representative and gave autoworkers a seat at the table. But there’s more to that famous moment in UAW and U.S. history. The following two stories recount how sit-down strikes in the months before Flint at GM plants across the nation and at Ford supplier Kelsey-Hayes, where UAW Local 174, with Walter Reuther as president, created the movement, momentum and solidarity that emboldened the brothers and sisters in Flint for their own history-making struggle.

On Nov. 17, 1936, workers at the Fisher Body plant on McDonough Boulevard near Atlanta, Georgia, stopped working and sat down. Though the Flint Sit-Down Strike in Michigan was a month away, it has always garnered more attention. But it was in Atlanta where GM workers first used the sit-down strategy and built the momentum for the first major dispute in U.S. a uto history.

The UAW wanted to gain recognition as the sole bargaining agent at General Motors so autoworkers would have a voice in their future. Workers wanted to make the company stop sending work to nonunion plants, gain a fair minimum wage scale, and put grievance procedures and health and safety measures in place. Not everyone was on board with how to achieve those goals, and at times UAW leaders and members of the Congress of Industrial Organizations wondered if the UAW was moving too fast and whether it was truly ready for a general strike.

In plants across the county, vehicles were being churned out quickly to meet rising consumer demands. Autoworkers faced exhaustion on fast-moving production lines. They couldn’t get restroom breaks and the company found ways to thwart organizing like denying activists the right to distribute union materials on the plant floor. Wearing a union button was enough get a worker laid off or fired.

On Sept. 11, 1936, when UAW President Homer Martin warned union leaders that the right to organize would have to be established during that production season, Fred C. Pieper, a 24-year-old union leader in Atlanta, took that message to heart.

On Oct. 30, Pieper staged a brief sit-down strike at the Atlanta plant to protest, among other things, not being able to distribute union literature in the plant. On Nov. 6, the local presented its demands to management figuring they would be rejected. 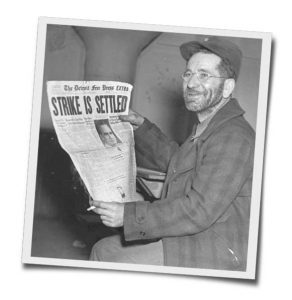 As the plan materialized, union officials asked other GM locals for support. Autoworkers at Missouri GM plants in Norwood, Kansas City and St. Louis, said they were on board. So were locals in Toledo, Ohio, Janesville, Wisconsin, and in Flint. Even the community supported the workers with food and fuel. The strikers had “food squads” which went to the city markets in the area and collected the food the farmers couldn’t sell each day. Miners from Birmingham, Alabama, sent coal to keep the strikers warm.

On Nov. 17, the Atlanta Fisher Body workers stopped working and sat down to protest a worker being laid off for wearing a union 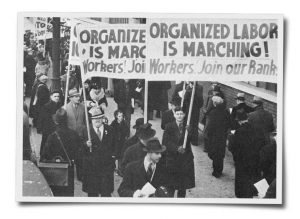 button to work. Protestors remained in the plant overnight and the next morning took up picket signs outside. They met with Chevrolet employees and they, too, voted to strike. By Nov. 24, the strike had spread to the parts and service division of the Atlanta plant.

It was nearing the Christmas season, a rush season for automotive production. The UAW called for more support for Atlanta. Workers sat down in two plants in Kansas City, Missouri, on Dec. 16. The strike spread to a Fisher stamping plant in Cleveland, Ohio, on Dec. 28.

On Dec. 30, more autoworkers sat down and this time attention turned to Flint. For 44 days the world watched as now 135,000 workers from plants in 35 cities in 14 states were striking GM.

GM caved and on Feb. 11, 1937, signed that first agreement with the UAW. That settlement covered GM workers nationally and led to recognition of the UAW in Atlanta. The Atlanta workers held out for three long months for their victory.

The 1936-37 UAW sit down strikes inspired workers in many other industries to sit down for themselves to win their own seat at the bargaining table. There are many lessons to draw from this history, but the biggest one is that worker solidarity is essential to win and keep our labor rights and gains. It’s a lesson we should never take for granted or forget.

Continue to Part 2 of COVER STORY >>>