Have a Black Lake Wedding 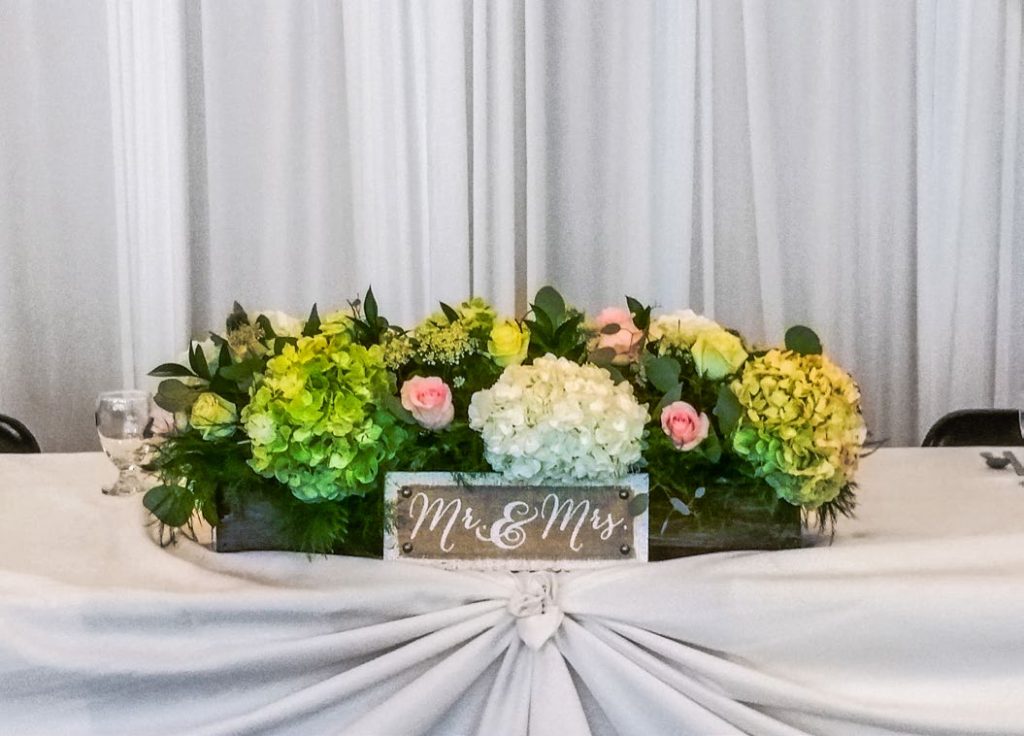 Non-Members Struck by our Beauty Up North

After they became engaged, Karl Moses and his fiancée, Kiera, visited the Walter and May Reuther UAW Family Education Center to consider it for the location of their September 2017 wedding.

As soon as they entered the grounds, Kiera was struck with this thought:

Black Lake would be the place where they would begin their lives together as husband and wife. More and more non-UAW members are discovering Black Lake as an exceptional place to host their wedding, company function, family reunion or other event.

“They made us feel like part of the family,” Karl Moses said. “It’s an amazing gem that you guys have. We plan on taking the whole family back.”

The 200-plus family and guests of the Macomb County, Michigan, couple had at Black Lake Labor Day weekend came away impressed, too, he added. From the natural splendor of the grounds, to the hospitality shown by the staff, the willingness to work out last-minute changes and challenges by “every single staff member,” Moses said Black Lake made their wedding fantastic. The couple had originally intended to spend a couple days after the wedding on a “mini-honeymoon” in Traverse City, Michigan, about an hour west.

But after five days at Black Lake, it wasn’t necessary.

“We just felt like there was no other place we wanted to spend a few days,” Moses said. “We couldn’t imagine going anywhere else.”

Moses said Kiera always dreamed of “getting married in a forest, surrounded by nature.” The logistics of such a wedding were difficult; they looked at some ski lodges and other places, but most were too close to commercial centers and not equipped to handle a wedding.

“We needed something less specialized and challenging to find,” Moses, a commercial photographer, said.

Then, as luck would have it, Moses had an assignment on a book detailing Michigan architectural gems. Black Lake was on the list of the places he was to be flown by helicopter over to photograph. He did a little bit of investigating with Black Lake, and discovered Black Lake indeed would host a private function like a wedding.

They were married the Saturday before Labor Day close to the monuments area adjacent to the Japanese Bridge, which is behind the main lodge. It was logistically chal-lenging because they had to get the 200 guests in a tight area, but the Black Lake staff pulled it off. And they could get their guests who needed help getting to the area there by use of one of the shuttles.

“We were thoroughly impressed by the little details they paid attention to,” he said.

Shiny and Bobby Abraham had their wedding at Black Lake on July 15. They heard about Black Lake from their parents. Bobby’s mother, Mary, is a retired member of Local 5960, and worked in quality control at the General Motors Lake Orion plant. Shiny’s father, Moody, was a group leader at the GM Service and Parts Operation in Pontiac and a member of Local 653.

“After a visit there, we knew that’s where we wanted to get married,” Shiny Abraham said. “We actually visited in January, in the middle of winter, and even then the loca-tion was beyond spectacular.”

The Clarkston, Michigan, couple was married outside the Old Lodge and had their reception at the dining hall.

“We didn’t need to add many decorations due to the stunning architecture and views,” she said. “Most of our guests were from the Metro Detroit area, so it was really awesome for our friends and family to have a getaway at Black Lake. The staff at Black Lake made our event such a success and were so accommodating to our party of nearly 300. On the day, the weather was perfect, we were surrounded by friends and family, and couldn’t have asked for anything more.”