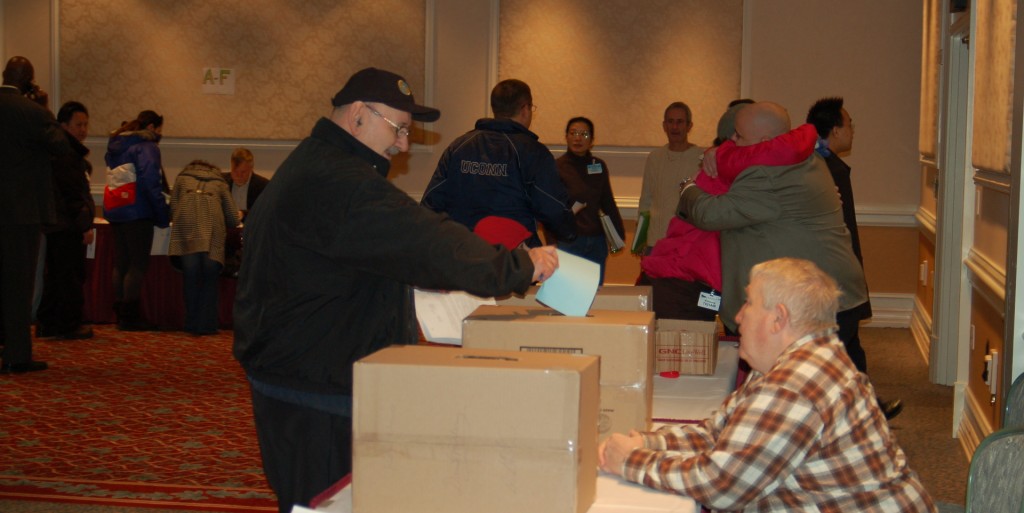 Anti-labor extremists in Washington are constantly devising new strategies to take away hard-earned collective bargaining rights. At a time of wage stagnation and a shrinking middle class, this is the last thing Congress should be doing. Yet the attacks continue. One of the latest proposals before Congress is a bill called the Tribal Labor Sovereignty Act.

If passed and signed into law, the bill would hurt UAW members at Foxwoods Resort Casino in Connecticut because it would eliminate U.S. labor law on tribal casinos and erode their collective bargaining rights. Lobbyists representing tribal casinos and anti-worker organizations like the U.S. Chamber of Commerce have been pushing hard to pass it. The bill would eliminate rights for more than 628,000 gaming workers at casinos on tribal lands. This is big business. In 2013, there were 449 tribal gaming facilities, which made $28 billion in revenues. Many tribes also operate commercial businesses outside of gaming, employing tens of thousands more workers.

Beyond the numbers, it would have a detrimental impact on families who are working hard to make ends meet. Consider the story of Jennie Langlois. A year before UAW Local 2121 won its first contract, she was diagnosed with breast cancer. As she was about to start radiation, she was forced back to work after Foxwoods notified her that her six-month medical leave had run out. Her contract now extends medical leave up to a full year. As a result, Langlois was able to take additional medical leave for follow-up surgery.

Gary Li was fired when he was falsely accused of being “rude and discourteous” to a drunk patron who has a history of being abusive to dealers. The union demanded arbitration and management agreed to bring Li back to work.

There are hundreds of other examples of the positive impact made when workers speak up together.

Working in a casino is physically demanding. Madeline Soccia knows this all too well. She had a workers’ compensation claim for a wrist injury caused by repetitive motion. She was clocked out by management when she asked to see the nurse, and then suspended because this put her over management’s attendance points system. The union filed a complaint with the tribal occupational health and safety agency, which disclosed the complaint to management. Management then threatened to fire Soccia for “dishonesty” if she did not withdraw the complaint. The union won her reinstatement and back pay, and the company also gave all of its managers mandatory OSHA training.

All of this progress would be jeopardized in this so-called sovereignty bill. Unfortunately, it has already been passed by committees in the House and Senate.

“The UAW deeply believes in tribal sovereignty and takes a back seat to nobody when it comes to supporting civil rights. This bill, however, is quite misleading,” said UAW President Dennis Williams. “It is really an attack on fundamental collective bargaining rights and would strip all workers in these many commercial enterprises of their rights. U.S. labor law only applies when it is a commercial enterprise and the vast majority of the workforce is not a member of the tribe, which is the case here.”

“This legislation is a thinly disguised way for tribal casinos to deny gaming workers collective bargaining rights,” said Julie Kushner, director of UAW Region 9A, which includes Connecticut. “Without the protection of a union and U.S. labor law, many gaming workers at tribal casinos will find their livelihoods dependent on the whims of casino management.”

Having a union and a legally binding contract has made a real difference in the lives of UAW members who work as dealers and other gaming workers. Hundreds of dealers have advanced their careers because of provisions in the contract that maintain minimum percentages of full-time and assistant supervisor positions. Work rules, wages and benefits have all improved because of the right to collectively bargain.

This legislation would create a dangerous precedent that could be used to weaken hard fought worker and civil right protections more broadly. Tell your member of Congress to oppose this bill by calling (888) 926-0045.