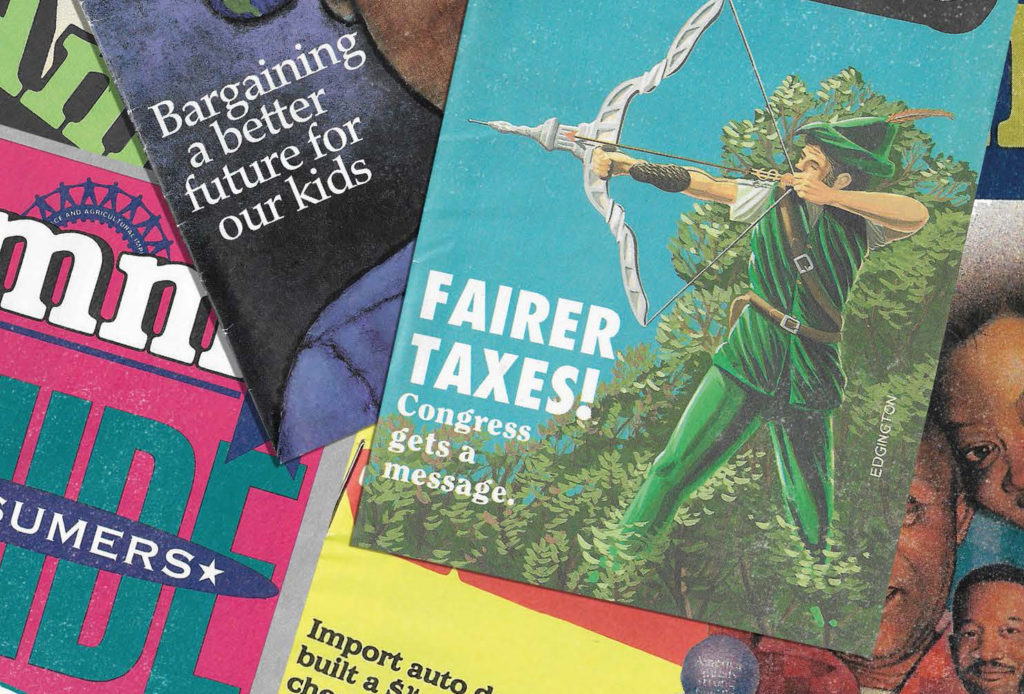 “Taxes are what we pay for a civilized society.”

The benefit of taxes are many: from highways and schools to biomedical research, protection of private property national defense and national parks. Unfortunately, right now the middle class is carrying a heavy burden while corporations and the wealthy are using their power in Washington and elsewhere to keep their taxes low — if they pay any at all.

Wealthy families stand to do well under GOP tax proposals, including a proposal to do away with or drastically reduce the estate tax — the tax on assets transferred from a deceased individual to their heirs. There is a lot of misinformation on the estate tax. Here are the facts: The estate tax doesn’t kick in until about $5.5 million in assets for an individual, or $11 million for a couple. A married couple that leaves $10.9 million to their children would not pay a single penny. Clearly, only a small percentage of wealthy families would be hit by this tax, but wealthy special interests have always looked to do away with it, to the disadvantage of the rest of the country which will foot the bill for the missing revenue in the form of higher sales taxes, property taxes, fees, and other state and local taxes.

Keep in mind, people who rely on investments rather than a paycheck already pay taxes at a much lower rate. Under the administration’s current tax proposal, the top 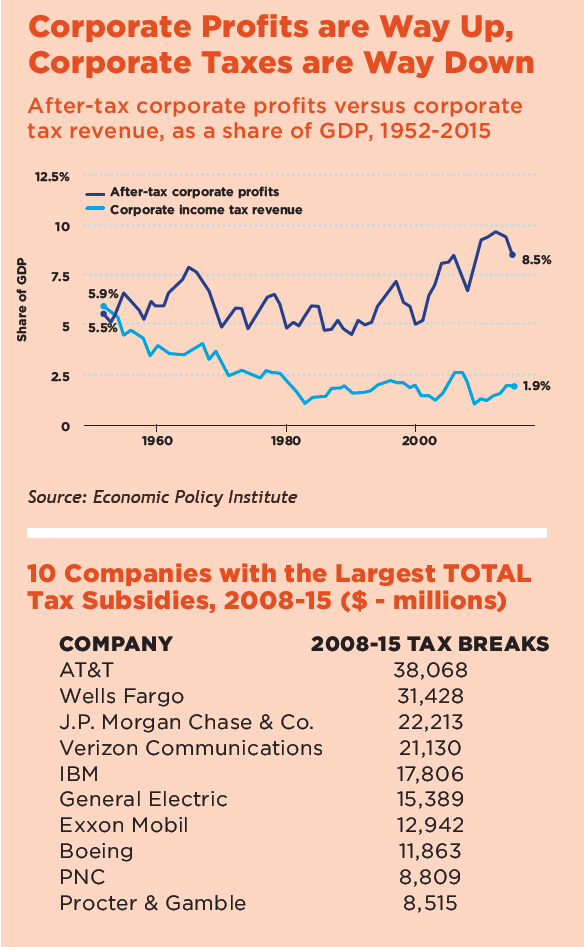 1 percent would receive annual tax cuts averaging at least $250,000 per household. But the 400 highest income taxpayers — those with incomes more than $300 million a year — would get tax breaks of at least $15 million a year, according to the Center on Budget and Policy Priorities (CBPP). The total tax break for these families would be a whopping $6 billion-plus a year.

It’s hard to make an argument those families need that tax cut. For some perspective, consider that the lifetime average earnings for a person with a bachelor’s degree is $2.8 million, according to the CBPP.

Remember, when the rich pay less in taxes more of the burden is put on you in the form or higher taxes at the local and state level and cuts in worker safety, health care, and education programs.

According to the tax fairness advocacy group Institute on Taxation and Economic Policy (ITEP), the 35 percent tax corporations are supposed to pay is largely a myth. A study it released in March found that:

Because of their outsized political power, corporations can zero out their taxes or pay substantially less than the statutory corporate tax rate thanks to numerous loopholes in the tax code that they lobbied for.

Hard-pressed middle-class families could sure use some tax fairness. Unfortunately, our GOP-led Congress is lining up behind rewarding the wealthy and corporations with tax breaks. It’s hard to see how that benefits the entire nation.