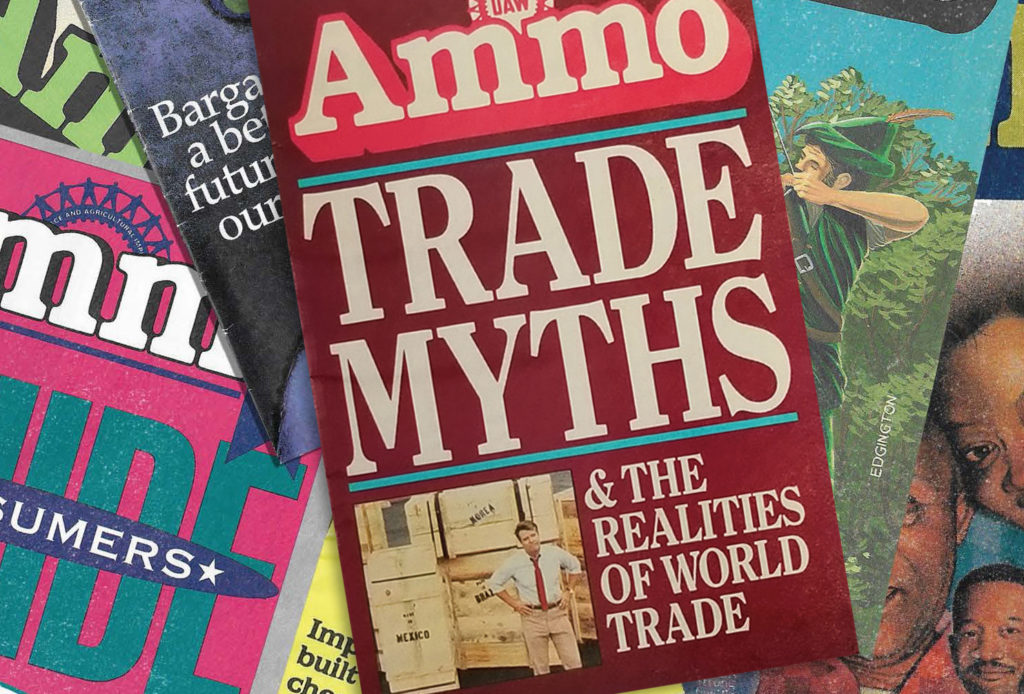 “NAFTA was an agreement for the rich and powerful in the United States, Mexico and Canada, an agreement effectively excluding ordinary people in all three societies.”

The UAW strongly opposed the North American Free Trade Agreement (NAFTA) and advocates for trade policies that put the interest of working families first. President Trump, as a candidate, promised to get the United States out of NAFTA — and with good reason. The trade agreement promised to bring in millions of good-paying jobs and a rising trade surplus with Mexico, and drop in border crossings as Mexican workers would see increased wages and less need to seek work north of the border.

Instead, NAFTA resulted in a net loss of at least 700,000 mostly good-paying U.S. manufacturing jobs, a chronic trade deficit with Mexico, and increased the flow of undocumented workers into the United States. It was a disaster for the American worker — and the nation — to put corporate profits as NAFTA’s main priority. Doing so left many U.S. cities looking like ghost towns, with rusting, empty manufacturing sites, decaying infrastructure and a dwindling tax base that struggled to meet basic services in many cases.

NAFTA, pushed by Republican Congress and both Republican and Democratic administrations, also paved the way for other trade deals that have similarly hurt our national interests. President Trump recently said that NAFTA should be renegotiated, not eliminated.

Any “new NAFTA” must put the interests of workers first. It must not create an incentive such as cheap foreign labor so that corporations can shift jobs to Mexico to take advantage while U.S. workers see their jobs eliminated or their pay and benefits drastically reduced. Workers, and the unions that represent them, should be represented at any renegotiation of NAFTA.

Candidate Trump also took aim at our trade relationship with China during his campaign. According to the Economic Policy Institute (EPI), 3.4 million jobs were lost between 2001 and 2015, including 1.3 million jobs lost since the first year of the Great Recession in 2008. Nearly three-fourths (74.3 percent) of the jobs lost between 2001 and 2015 were in manufacturing (2.6 million manufacturing jobs displaced).

China and other nations have a long history of manipulating their currency, keeping its value low to create an artificial advantage for their own exports while raising the cost of goods imported from other nations. Congress should reject any trade deals that do not stop currency manipulation.

New trade deals must take into account whether workers will share in the benefits of expanded trade. Thus far, they have not and that must change.