The American Society of Civil Engineers (ASCE) recently released its 2017 Infrastructure Report Card giving the U.S. a D+. The infrastructure is made up of sectors like aviation, bridges, drinking water, education, electricity, roads and rail.

According to their report, our crumbling infrastructure will cost each U.S. household $3,400 in disposable income every year between 2016 and 2025. Why? A deteriorating infrastructure means higher costs for things like water and electricity for businesses and therefore higher costs for households when they buy goods and services. It can also affect the wages that businesses can pay workers.

What would it cost to improve our infrastructure to a B? ASCE estimated that the United States needs to invest $4.6 trillion in rebuilding U.S. infrastructure by 2025, $2 trillion more than has been allocated. 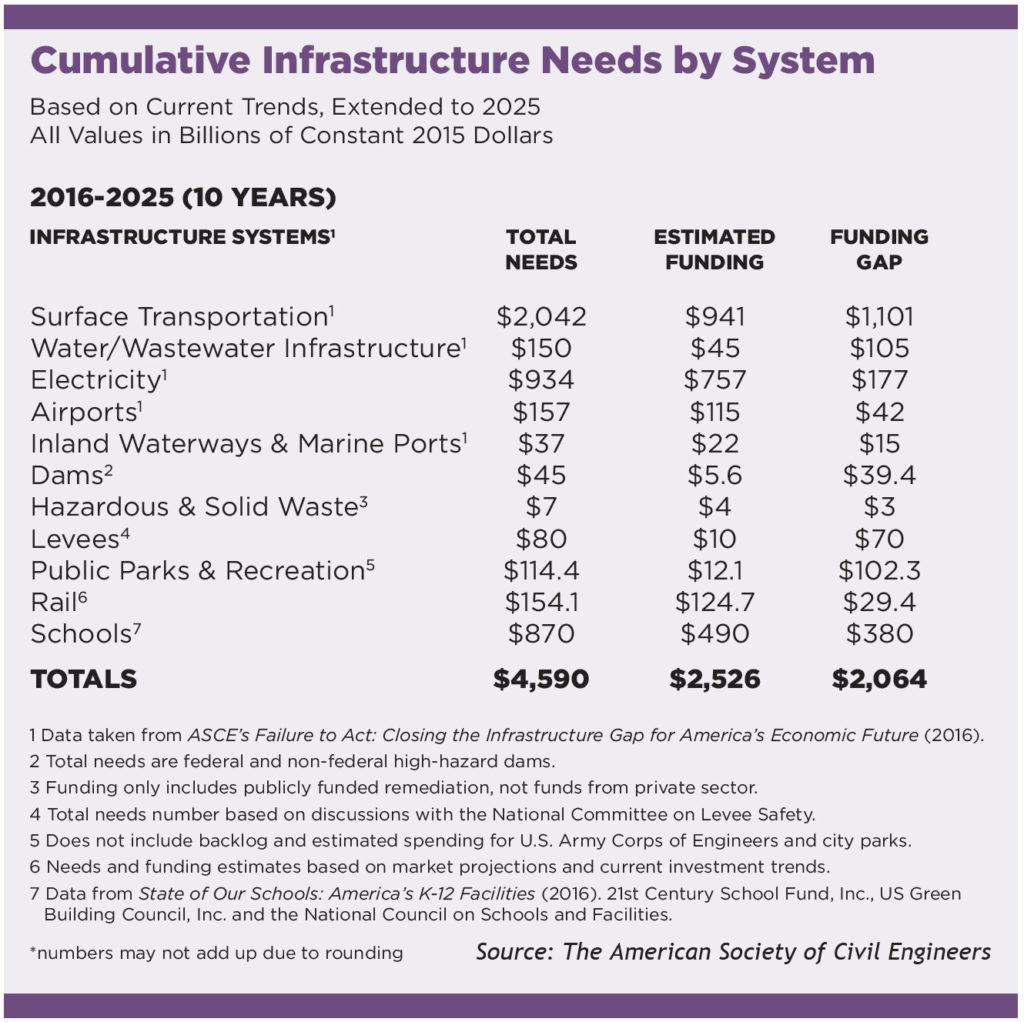 Infrastructure investment is one of the best investments the federal government can make. Not only does it support growth of the overall economy, including a strong manufacturing sector, it also creates jobs immediately. To give an idea of the jobs impact those dollars would have, the Economic Policy Institute estimated that an infrastructure investment of $250 billion per year could create up to 3 million new jobs that could be sustained for over seven years, so the $460 billion per year recommended by ASCE would create over 5 million new jobs.

UAW V-CAP: Investing in Our Future
The UAW cannot use union dues to directly support federal candidates and, in an ever-increasing number of states, any candidate for public office. Our only means of monetary support for many labor- friendly candidates is voluntary political contributions from UAW members to UAW V-CAP (our union’s political action fund).

Members can contribute to V-CAP in multiple ways. Many of our contracts have “check off” which allows for direct contribution to V-CAP through payroll deduction. Members and retirees can also give to V-CAP directly with a check. Either way, a modest contribution of $10 a month comes to about 33 cents a day and allows our union to support candidates who support our values. Send to: UAW National CAP Department 8000 E. Jefferson Ave. Detroit, MI 48214