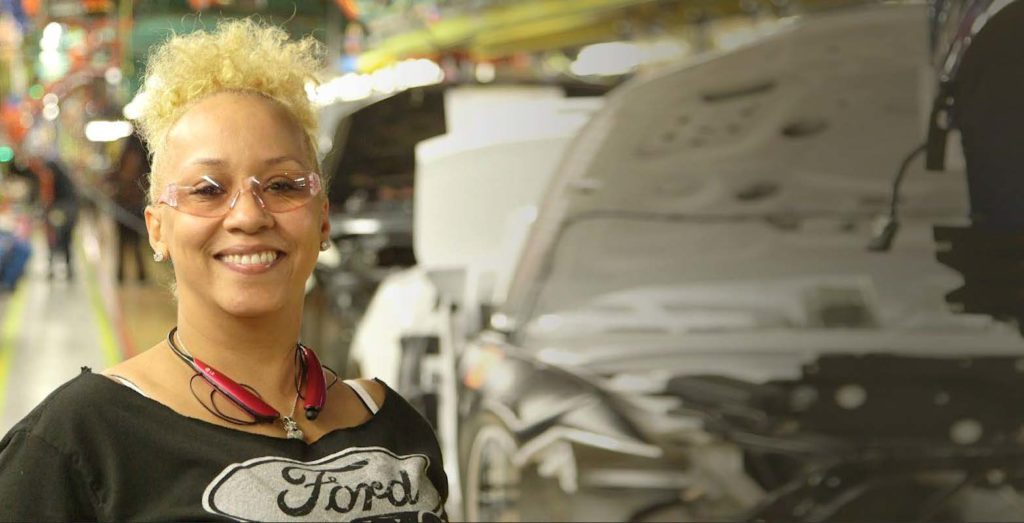 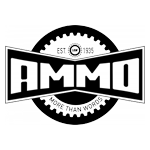 It’s easy for some people to forget the value of a union card. There’s a persistent anti-union campaign being run by right-wing forces that seeks to destroy the labor movement for their own gain. Some will even say that unions “are not necessary” in this day and age. But we know better. Your union card means much more than better pay, benefits and working conditions. It means you have the right to negotiate the terms of your employment. It means you cannot be fired for unjustified reasons. It means you have the right to a safe and healthy workplace. And so much more.

It’s power that cannot be gained by standing up alone. Together, we can make a difference at our workplace. If banding together wasn’t successful, pro-business groups like the U.S. Chamber of Commerce or the Business Roundtable wouldn’t do it. Even as they fight your right to freely associate with your co-workers, they know they are stronger together. They just don’t want the average American to have that kind of power.

Union Workers are Diverse and Educated

According to EPI’s research — and what we know about our UAW membership — unions cover just about every industry and workplace. As of 2016, 10.6 million (65.4 percent) of the 16.3 million workers covered under a union contract are women and/or people of color.

• Almost half of all union workers are women (46.3 percent).

• More than a third are African-American, Hispanic, Asian or otherwise not Caucasian.

• More than half of all union members (54.5 percent) have an associate degree or more education; two out of five have a bachelor’s degree or better. 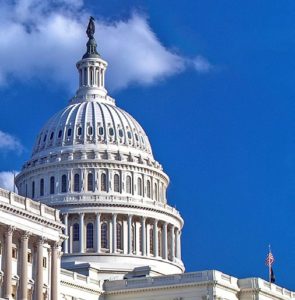 Stronger together isn’t just a slogan. Unions provide the average working person the opportunity to have their voices heard just like the CEO. Having our collective voice heard in policy debates strengthens democracy by adding more perspectives in policy debates.

Think about some of the laws that unions have successfully advocated for:

And many more — but these can all be taken away by an act of Congress and/or the stroke of the president’s pen. As union power decreases, so does the ability to protect these crucial laws, let alone advocate for more advances for workers.

Diversity and education are important to unions.

Unions are Essential to all Workers’ Economic Well-Being

When unions are strong, middle-class working people see economic progress. EPI’s research shows what happens when union density drops: Those at the top mostly benefit — and greatly. For the average worker, hourly pay growth has been sluggish for decades. There’s a correlation between those sluggish wages and union density and it ain’t pretty. 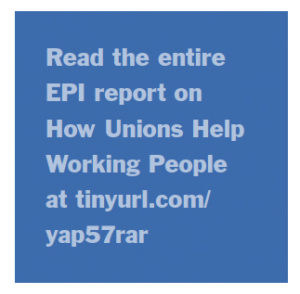 You’ve probably heard something like this from a nonunion worker. “I don’t need a union. I make decent wages and benefits and we have good health and safety programs.”

In auto, some nonunion workers do make a decent wage and have health and safety programs. But does anyone really believe without the influence the UAW has on their wages in the industry that these workers would be getting as much as they do? Corporations will always seek to provide the minimum compensation they can get away with, as well as the minimum in health and safety. Let’s hope our nonunion autoworker friend never has to find out what his job is like without the UAW and other unions, because collective bargaining means:

Unions add transparency to pay scales so everyone knows what all workers earn. This ensures that all workers are paid the same, regardless of race or gender. Unions also establish clearer terms for internal processes so that raises and promotions are awarded fairly. If not, there’s a grievance process where a worker can challenge possible discrimination. 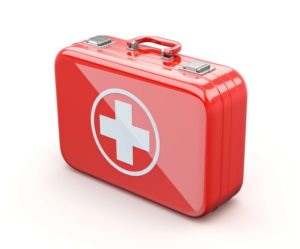 The UAW has always been at the forefront of the battle for safe workplaces. That’s important because government health and safety standards are being weakened. If you are in a union, you generally have the right to involve a union representative in injury and fatality investigations. More important, unions like the UAW take a pro-active approach to health and safety with the goal of preventing ALL workplace health and safety accidents and incidents. Health and safety education actually happens. “Near misses” get investigated and corrected. Tragedies like the one in the Upper Big Branch Mine in West Virginia, where 29 miners died in 2010 after an explosion, might have been prevented. Sixty-five percent of the miners had signed union cards but Massey Energy CEO Don Blankenship delayed the election for months and intimidated the workforce by threatening to close the mine if they organized.

The switch from a defined benefit pension to a defined contribution plan such as a 401(k) plan forces workers to bear more investment risk. This shift has also made wage inequality worse because many workers live paycheck to paycheck, unable to save anything for retirement. Nearly half of all families headed by a working-age adult have zero retirement savings. But union workers fare better, whether they have a defined benefit or a defined contribution plan. There are union contracts with both.

Labor Lifts All of Us

Better wages, health care, retirement security, vacations and paid time off, due process, control over scheduling, overtime rules, diversity and many other advantages come from that union card. These are the things we stand to lose unless ALL union members are willing to do the hard work of ensuring that our lawmakers hear us loudly and clearly on what is at stake.