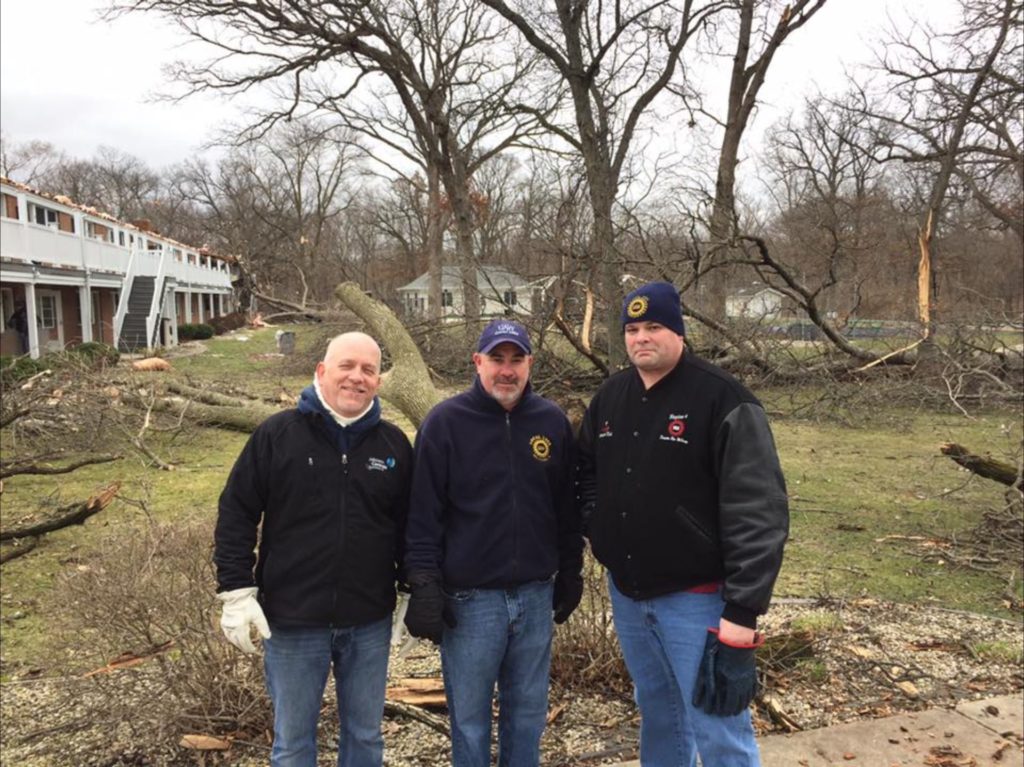 21 years before Walter Reuther unveiled his education center for UAW members in Black Lake, Michigan, Pat Greathouse delivered on his vision in 1949 for uniting UAW members in the Illinois and Iowa area with the Ottawa Union Center. 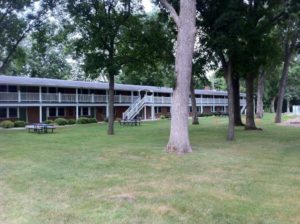 Not only did the center unite members from distant farming and city communities, it provided fellowship and education for diverse UAW members during a time of widespread segregation. Then-UAW Region 4 Director Pat Greathouse’s goal was to break down segregation by bringing members together to learn, eat and lodge free of the discrimination they faced in hotels and restaurants.

Because of its proximity to the South, the center was a safe haven for members during the violent and dangerous Civil Rights era.

“Martin Luther King, Jr. even spent time at the center to strategize his next move in his civil rights campaign ,” said Region 4 Director Ron McInroy. “There are so many stories about how the work done at this center has touched people’s lives. Those stories are the incredible history of this place.”

Before 1949, UAW membership was growing rapidly and organizers were focused on adding the agriculture implement industry to its ranks. But it was hard to create unity among workers who were spread throughout the huge geographic distance of Region 4.

Workers also faced restaurant and hotel discrimination for African-American workers once they came together.  Even though it was the social standard of the day, Pat Greathouse and the UAW opposed segregation and took action. Region 4 began began looking for centrally located property and in June 1949 started raising funds to buy a former tuberculosis sanitarium on 14-acres overlookingthe Illinois River.

Under Greathouse’s leadership, individual members and locals in Region 4 chipped in enough to buy the facility, retool it for UAW needs and have it ready to use by September. From the beginning, the center was electrifying as it joined members for inspirational collaboration that can only be created by being together. UAW members finally had an oasis against racial discrimination and anti-unionism.  And it fit local union budgets: Hotel rooms were affordable, encouraged cost-sharing among members and kept them together.

Legacy on the river

The center is surrounded by majestic oak, cherry, hickory and walnut trees and includes  an education building, a former pool house converted into a classroom, clubhouse, cafeteria, and 30 hotel rooms overlooking the river. After the assassination of President Kennedy, the Ottawa Center was renamed the John F. Kennedy Union Center. In 1994 the name was changed to the Pat Greathouse UAW Education Center to honor the man whose vision created the retreat.

The center is in nearly constant use and serves over 2,500 UAW members a year. It was even the site of a learning facility for disabled children. The Echo School was created in the mid-1950s after Greathouse, the father of a child with Down Syndrome, saw the lack of education for disabled children and wanted to fill the void. He established Echo School and, eventually, similar programs across the country. Decades later a larger school would be built near the center.

In the eye of the storm 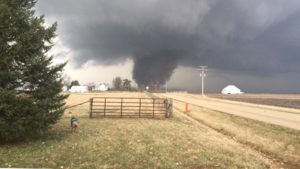 On Feb. 28, 2017, a category F4 tornado swept through Illinois. No one was injured at the Greathouse center, but but the roof of the clubhouse and the hotel were ripped off, allowing hundreds of gallons of rain water to pour in. The clubhouse chimney was picked up by the funnel, dropped through rafters and flooring and landed on the main floor. Sixty trees were torn down, tree limbs were everywhere and the hotel was destroyed.

“As soon as they found out about the devastation, Region 4 members came to the rescue of the center and nearby communities,” said Region 4 Assistant Director Brad Dutcher.

“UAW members have a history of  cleaning, landscaping and reparing the center. Members felt the destruction on a personal level. They picked up debris, cut trees, and salvaged what they could. We had so many volunteers they started helping communities clean up, too.” 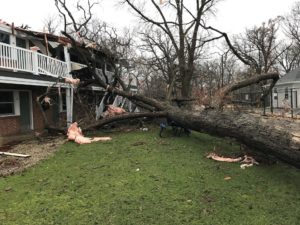 The fallen trees will take years to grow back but most building reconstruction is underway. Hotel reconstruction will begin when insurance red tape is finished, hopefully this year.

“When we were devastated by the tornado, we were there for each other,” said Region 4 Director Ron McInroy. “We cleaned ourselves off and began rebuilding. The UAW has always preached the importance of community involvement. A time like this is why. We need one another.”

Today, the hotel and much of the property are closed, but conferences are back on. They might have lower attendance without the affordable hotel rooms but they’re confident the center will be even better when reconstruction is done.

“The tornado may have caused destruction, but it’s brought our members and their community closer.   I’m thankful we still have a future here despite our setbacks.  Our union is strong and our spirits are high,” said McInroy.