Sen. Elizabeth Warren: Economy Must Work for All Americans 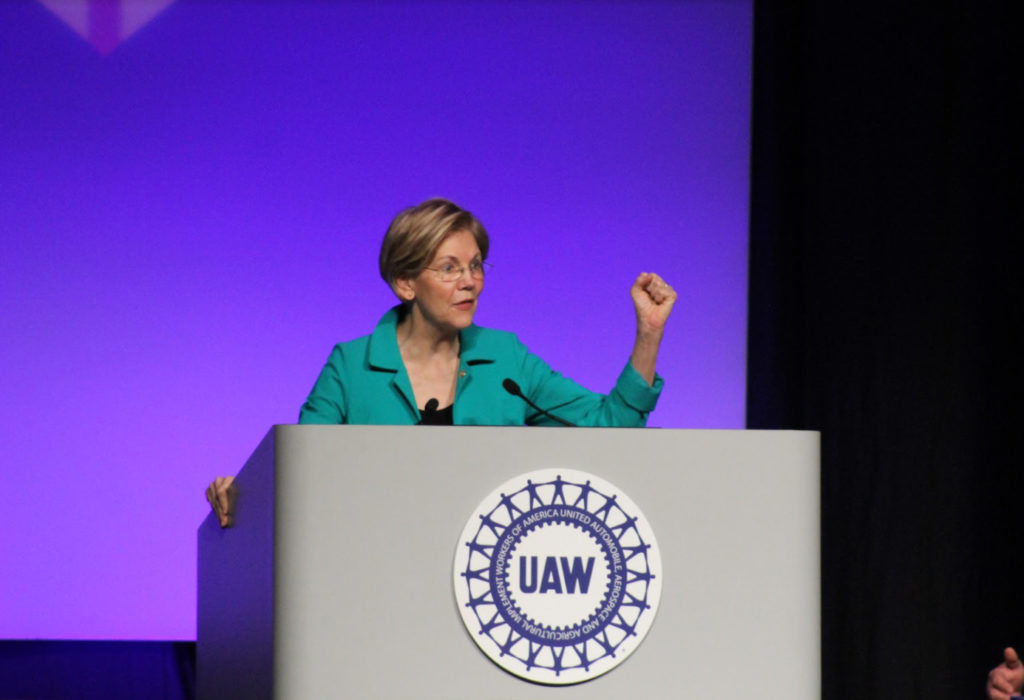 At present, the stock market is doing well and has been since former President Barack Obama’s economic policies — including the rescue of the domestic auto industry — brought our nation back from the Great Recession.

“But what good is that if Americans remain in low-wage jobs, can only work part-time or do not have the benefits they need for their families?” Sen. Elizabeth Warren of Massachusetts asked delegates at the 2018 UAW Community Action Program (CAP) Conference on Wednesday.

She went on to say that that the policies put forth by the Trump administration and the GOP-led Congress have worked out great for corporate America and the 1 percent.

“This economy works great for those at the top but not so great for everyone else,” she said. “The tax bill signed into law by President Trump was more like a ‘giant tax heist.’ Instead they tailor-made a $1.5 trillion giveaway to rich donors and powerful corporations.”

She went on to cite the example of Wells Fargo, one of the biggest winners. Wells Fargo workers received a $1.50 per hour raise as a result of the tax bill. That move cost the company $78 million. The company then quietly awarded its stockholders $11.5 billion in stock buybacks. But the icing on the cake, Warren said, was that it soon announced job cuts.

“A dollar-fifty raise doesn’t mean much if you lose your job as part of the deal,” Warren said.

Republicans in Congress are not fooling anyone with the tax bill. It is an insult to working people everywhere, she stressed. “We know that. The American people know that, and you better believe voters will know that come November!”