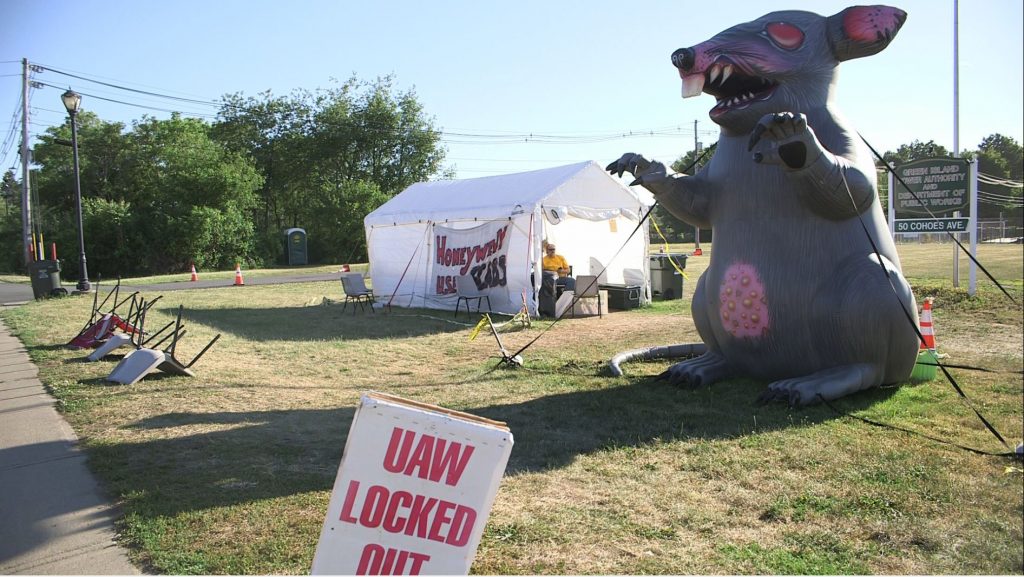 Scabs, or those who cross picket lines to work nonunion, are also known as rats. The inflatable Scabby the Rat is the face of nonunion contractors, disloyal co-workers who break union strikes and of workers who spy for the boss. He often shows up during union strikes in the U.S. as a symbol of opposition and to call out companies that hire nonunion workers. Many companies have sued to keep him away but some courts have ruled that his presence is protected public speech. There are variations of how Scabby looks but he generally has oversized teeth and a scabby belly, and stands anywhere from six to 30 feet tall. Its first use is believed to be in 1991 by union bricklayers Ken Lambert and Don Newton from District Council 1 of the International Union of Bricklayers and Allied Craftworkers. They wanted a bigger than life image for their picket line to show the public the company was anti-union, and Peggy and Mike O’Connor, owners of Big Sky Balloons and Searchlights, Inc., in Plainfield, Illinois, filled the order. Since then Scabby has been seen throughout the U.S. and in the U.K. during labor disputes and to show solidarity among workers. Scabby has even embraced social media with his own Facebook page and Twitter feed. Check ‘em out and don’t be a rat like Scabby.