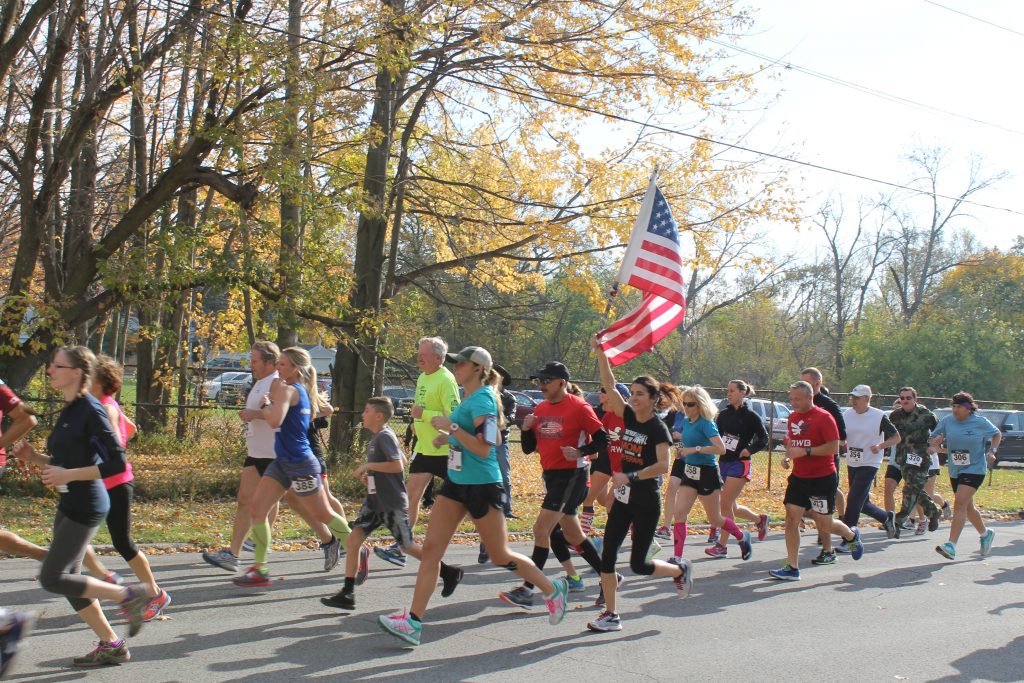 The run, which raised over $15,000 for veterans’ causes, was organized by the UAW Region 9 Western New York Veterans Committee and held at UAW Local 686 in Lockport, New York. Committee Chairman Guy Newell, president of UAW Local 774 in Tonawanda, New York, said there were 140 runners from all over, including Canada. Runners of all different ages participated, including kids from area high schools.

Region 9 Director Terry Dittes called the start of the race for the runners.

“We appreciate our area veterans and out committee works hard to raise funds to make sure those who have served our nation can get the services they need,” Dittes said. “Our thanks goes out the committee for their hard work on this worthwhile project, and we know they are already working to make next year’s run an even greater success.”