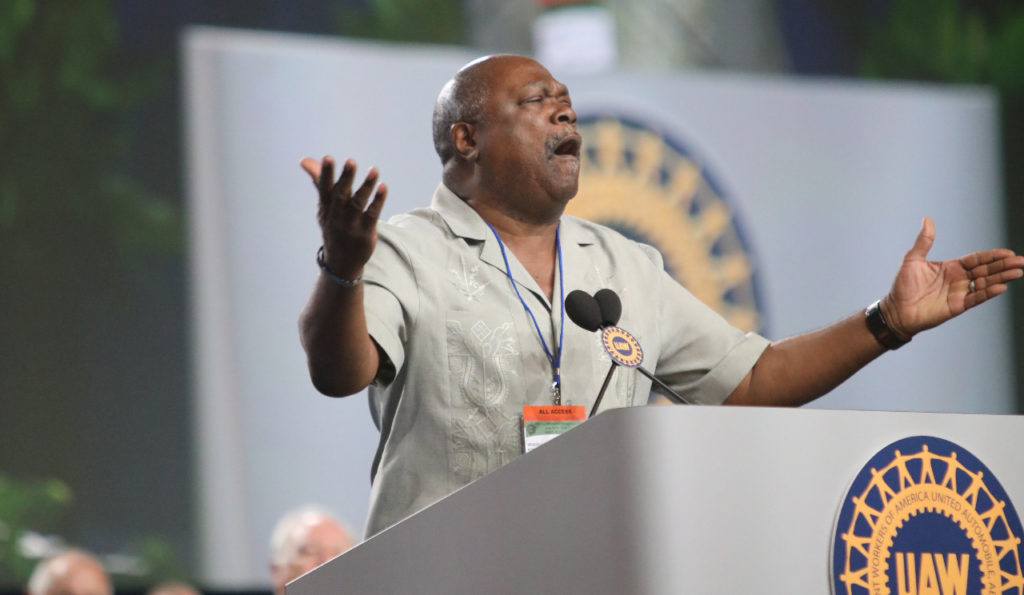 In a robust speech, Detroit NAACP president Rev. Dr. Wendell Anthony praised the union on its history of social activism and partnering with others including civil rights groups in the fight for social and economic justice.

Rev. Anthony, who proudly explained he is a proud honorary member of UAW Local 600, talked about the works and words of civil rights leader Martin Luther King Jr. and longtime UAW President Walter Reuther and their continuing relevance.

Together, unions and groups like the NAACP have enormous power, he said, but that power must be leveraged to its full extent.

Those who have never marched or carried a picket sign, never participated in a protest, or made a call from a phone bank still benefitted from the struggles and benefits of the union movement whether it was from vacation time, pensions, retirement plans or lunch breaks, he explained.

We must remind others of our strength and power and how it affects them. That message should be: “Show me how your life has been better, and I will show you a union” he said.

“The issues that we face are too great for us to get caught up in stuff that doesn’t mean anything,” he said. “Labor has come too far to let anyone turn you around.”