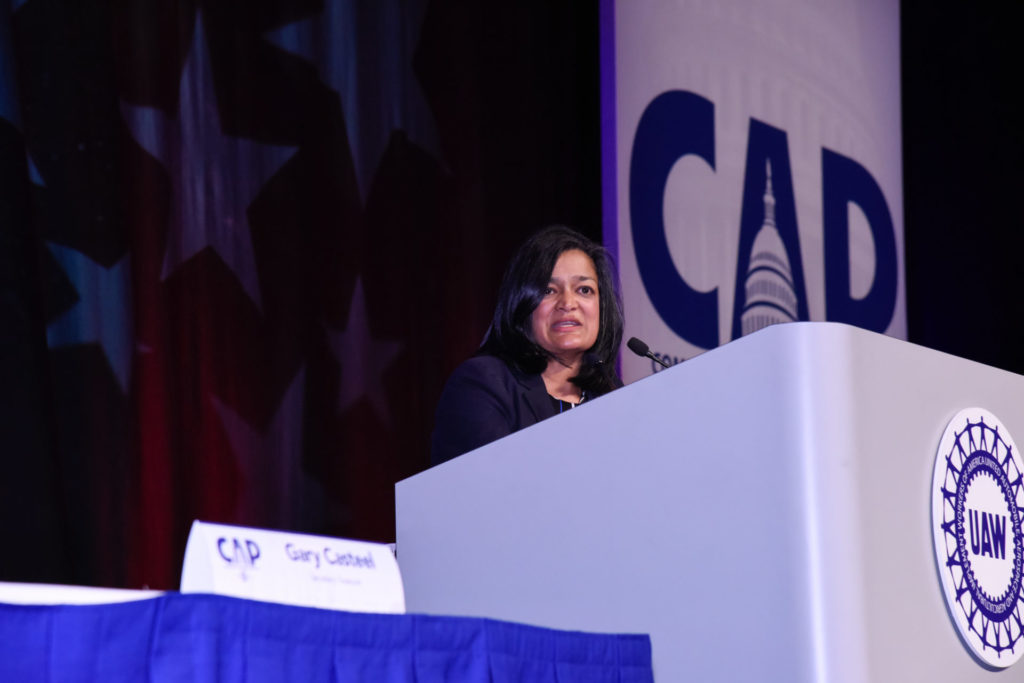 Rep. Pramila Jayapal, who represents most of Seattle and adjoining areas, came to America from India all on her own at 16 years old to attend college at Georgetown University because her parents wanted her to have a good education and opportunities. The first Indian-American in the U.S. House of Representatives, says the term “chain migration” is a derogatory term used to scapegoat immigrants.

“The president and his supporters in immigration have weaponized the term chain migration to thwart a noble goal: keeping families intact,” she told attendees at the UAW’s 2018 Community Action Conference (CAP) in Washington, D.C.

Jayapal said that up until 1965, the “family reunification system” used by the federal government worked well but was mainly open to families with European ancestry – white immigrants. It was later expanded to people of other ancestry, and that’s when it became an issue for some.  President Trump has exploited this sentiment.

The first-term lawmaker said this is a critical time in American history and that it is time to make a stand for justice for all.  She thanked the UAW for filing a brief before the U.S. Supreme Court that supported efforts to overturn the ban.

“We need and value immigrants from all over the world,” she said.

Snyder admits: no economic data behind “Right to Work” policies