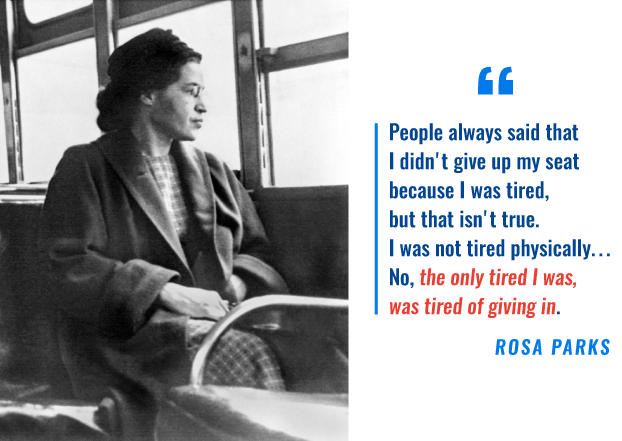 Today the United States remembers civil rights icon, Rosa Parks, on Rosa Parks Day. The civil rights leader was arrested on Dec. 1, 1955, for refusing to give up her seat on a bus in Montgomery, Alabama. Her brave action that day helped spark national attention for the Montgomery Bus Boycott and furthered momentum of the civil rights movement taking hold in the South. It also would lead to an eventual Supreme Court ruling that bus segregation was unconstitutional. Rosa Parks Day was officially established for the first time in California in 2000.