Rankin elected Director of UAW Region 2B Indiana and Ohio 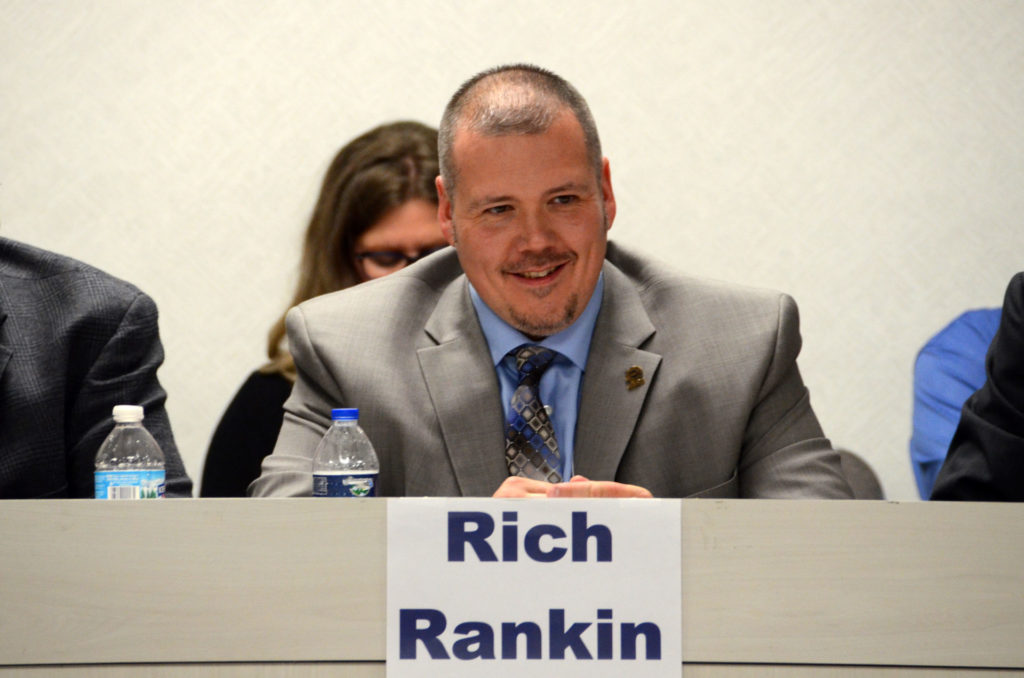 (Maumee) – At a special regional leadership meeting Thursday, Rich Rankin was elected to fill out the remaining term as Regional Director of the UAWs Indiana and Ohio membership.

Rankin succeeds Ken Lortz who retired on May 31.

“It’s an honor to represent our Indiana and Ohio members and advocate for each of them at the bargaining table,” said Director Rankin. “I’d like to thank Ken Lortz for being a great friend and mentor and leaving the region in great shape, with a formidable regional team in place. We have a strong tradition of leadership, bargaining gains, and community service and together we can grow even stronger.”

Rankin was appointed Assistant Director of UAW Region 2-B, covering the states of Indiana and Ohio, in August of 2014.

Prior to becoming Assistant Director, he carried out servicing responsibilities in Northeast Ohio as a member of Region 2-B Staff from March of 2010 until August of 2014. His assignments included Independents, Parts, and Suppliers; Technical, Office, and Professional contracts, and General Motors.

Rankin has been a UAW member since 1997 when he joined Local 1112 at GM in Lordstown Ohio. In 1998 he hired into the Lear Seating plant in Lordstown Ohio where he served the Lear members of Local 1112 in a variety of positions from 2001 to 2010, including three terms as Chairman of the bargaining committee.

Rankin graduated with a Bachelor’s Degree in Organizational Management from Malone University in Canton, Ohio. He has a welding diploma from New Castle School of trades and worked as a certified pipe welder prior to working at GM.

As Director, Rankin will serve on the UAW International Executive Board.

“The UAW has a storied history in labor, politics and in advancing the core values of giving all workers and their families a fair and equal opportunity to succeed in life,” said Rankin. “It starts at the bargaining table, but a big part of bargaining is the advocacy of our members, our retirees, our families, and our communities. Bargaining gains should not only benefit our members, but our communities as a whole.

Born and raised in Youngstown, Ohio, Director Rankin is a life member of the NAACP, and serves on the governing board of Toledo Technology Academy, the board of LEAD Ohio, the Old News Boys Scholarship Committee, and Sherrod Brown’s re-election committee. He has also been active in youth sports coaching youth baseball and football and served as president of both the Columbiana Little Clippers football organization and Columbiana Wrestling boosters.

Rich and his wife Heather, were married in 1995 and have three sons. They relocated to the Toledo area in 2014.