Proposal to end lockout to be presented to Honeywell workers 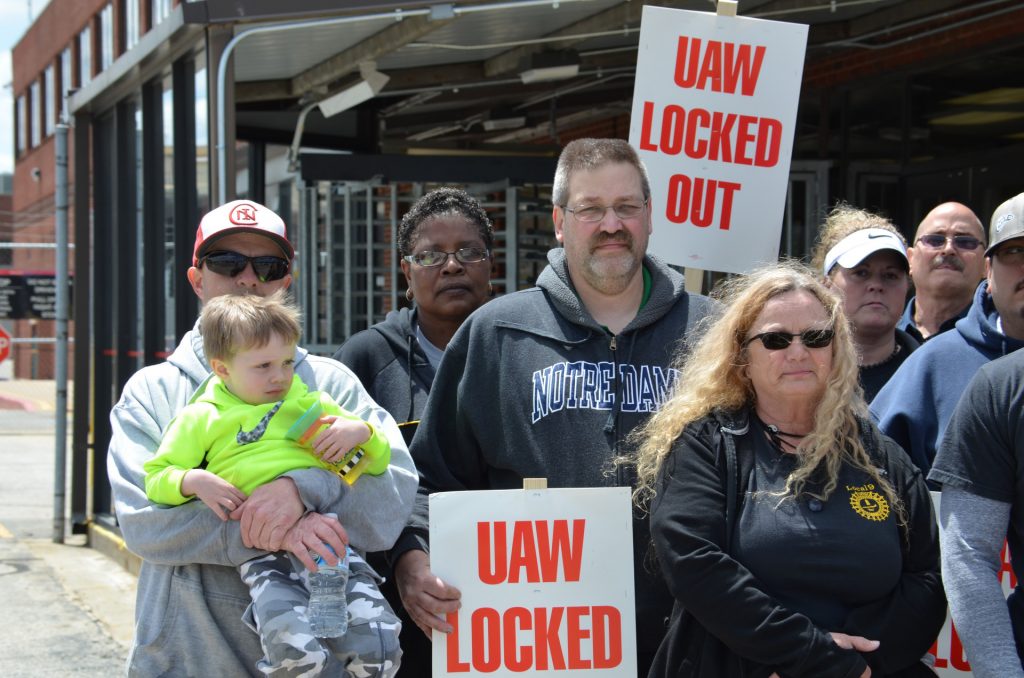 SOUTH BEND, Indiana – About 360 UAW-represented workers at Honeywell Aerospace will be presented with a proposal next week that would end a six-month lockout if approved.

The proposal, which was completed Friday, will be presented to about 320 members of Local 9 in South Bend and 39 members of Local 1508 in Green Island, New York. The corporation, which locked out the workers on May 9, has been using scab workers to make brakes and wheels for its military and commercial customers.

The proposal comes without a recommendation from the UAW bargaining committee at Honeywell. Its details are being withheld until the committee has an opportunity to fully explain it to members at both locations.

“We encourage members to read the proposal carefully, ask questions and have an informed discussion about all of the issues addressed in it,” said Tim Vogt, president of Local 1508.

“Our meetings next week give the membership the opportunity to understand the proposal’s full implications,” said Bryan Rodgers, recording secretary of Local 9. “Ultimately, they make the final decision.”

Regardless of the outcome of the vote, the UAW will continue to pursue charges at the National Labor Relations Board alleging that Honeywell violated the law during the bargaining process. “Just because Honeywell may be able to starve our membership into accepting this proposal, it doesn’t mean it is immune from federal labor law,” said Vogt.