For President’s Day: A Timeline of UAW Presidents

This President’s Day, let’s take a look back at the history of UAW presidents through the timeline below. Check out the links to learn more about each one. 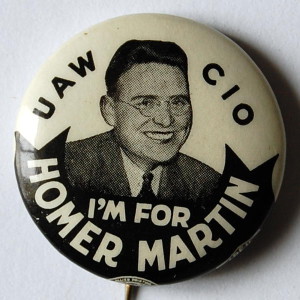 In 1936, a second UAW convention was held in Indiana, where the UAW insisted on the freedom to elect their own leaders. Homer Martin was elected the UAW’s new president. 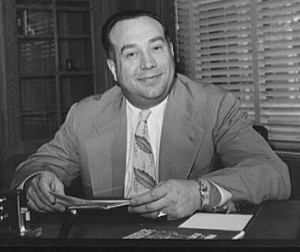 During factional struggles within the union, R.J. Thomas was appointed in early 1939 by members of the UAW International Executive Board to assume the responsibilities of UAW president. In the capacity of acting president and at the direction of the International Executive Board, he called and chaired the UAW convention which convened from March 27, 1939 through April 6, 1939, in Cleveland, Ohio. On April 4, 1939, the convention elected and installed Thomas as president and George F. Addes as secretary-treasurer of the UAW. 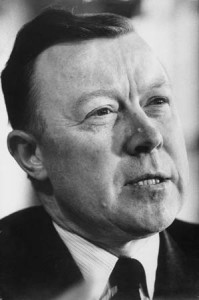 Walter Reuther was president of the United Automobile Workers (UAW) from 1946 until his death in 1970. Under his leadership, the UAW grew to more than 1.5 million members, becoming one of the largest unions in the United States. Reuther was widely admired as the model of a reform-minded, liberal, responsible trade unionist – the leading labor intellectual of his age, a champion of industrial democracy and civil rights who used the collective bargaining process and labor’s political influence to advance the cause of social justice for all Americans. 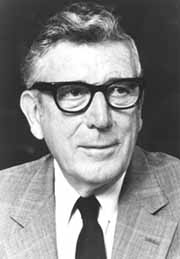 Leonard Woodcock became president of the UAW in June 1970 following the tragic death of Walter Reuther, and immediately faced the challenge of leading the UAW in national negotiations with the Big Three automakers. President Woodcock led the UAW through a 67-day strike against General Motors that achieved what many industry experts had said couldn’t be done: The 1970 contract restored full cost-of-living protection for UAW members and established the “30-and-out” retirement program.

During the 1960s and 1970s, Doug Fraser led the union’s negotiations with Chrysler, winning the historic early retirement program in 1964, U.S.-Canada wage parity in 1967, and the first international agreement for U. S. and Canadian autoworkers in 1970. After a successful nine-day strike against Chrysler in 1973, Fraser and then-President Leonard Woodcock negotiated a contract which included restrictions on compulsory overtime, a comprehensive health and safety program, an improved “30-and-out” early retirement plan, dental care and accelerated arbitration. In the 1979 negotiations, as president of the UAW, Fraser and his team achieved other breakthroughs: incremental increases in pension benefits for current and future retirees, a substantial increase in reduced work time, improvements in the cost-of-living allowance formula, and Chrysler agreement to union representation on its board of directors. In 1980, UAW President Douglas Fraser became the first American union official to sit on the board of a company his union bargains with. 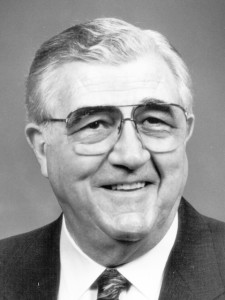 During his 12 years leading the world’s most powerful union that was 1.1 million members strong, he had a hand in supporting struggles for human rights from Africa to Eastern Europe, and advising President Bill Clinton on labor and economic issues.

His work as a union leader went beyond rallies and negotiations. The UAW supported labor and civil rights movements with leaders across the globe, where the stakes were about more than higher wages. 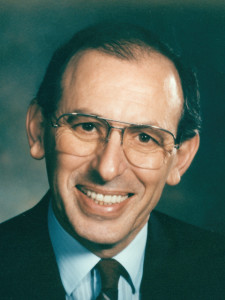 Stephen Yokich was elected president of the UAW in 1994.

He led the union on a 54-day strike against General Motors in 1998 that the news media characterized as “bitter.” It was one of five UAW strikes against the automaker that year.

He was re-elected in 1998 and retired in 2002. .During his tenure in office, he placed a greater emphasis on negotiating good contracts than on getting the union involved in national politics. He also insisted on a provision in all UAW automotive industry contracts which made federal elections a holiday for UAW members so they could vote. 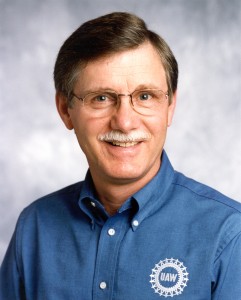 His presidency saw the UAW face major hurdles during the automotive crisis of 2009. 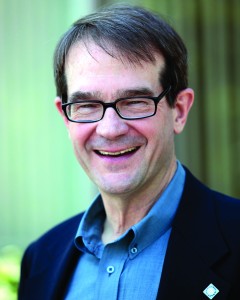 Bob King was elected UAW president on June 16, 2010, by delegates at the UAW’s 35th Constitutional Convention in Detroit. King, who is known for his activism and passionate beliefs in social and economic justice, served three terms as a UAW vice president before being elected UAW president. During his term as president, the UAW focused heavily on issues of social and economic justice at home and abroad, building international solidarity and expanding its efforts in organizing in the south.

As secretary-treasurer, Williams was part of developing a long-term strategy for the union, supporting the membership and organizing the foreign-owned automakers in the United States. Williams was instrumental in bringing major investments into UAW facilities.

Williams, since becoming president, has presided over new growth in the union, historic contracts in many sectors, and progress in organizing in multiple fields, including southern organizing, gaming and higher education.

(NOTE: Unless otherwise footnoted, the dates listed reflect those in which UAW presidents were installed into office at UAW Constitutional Conventions.)