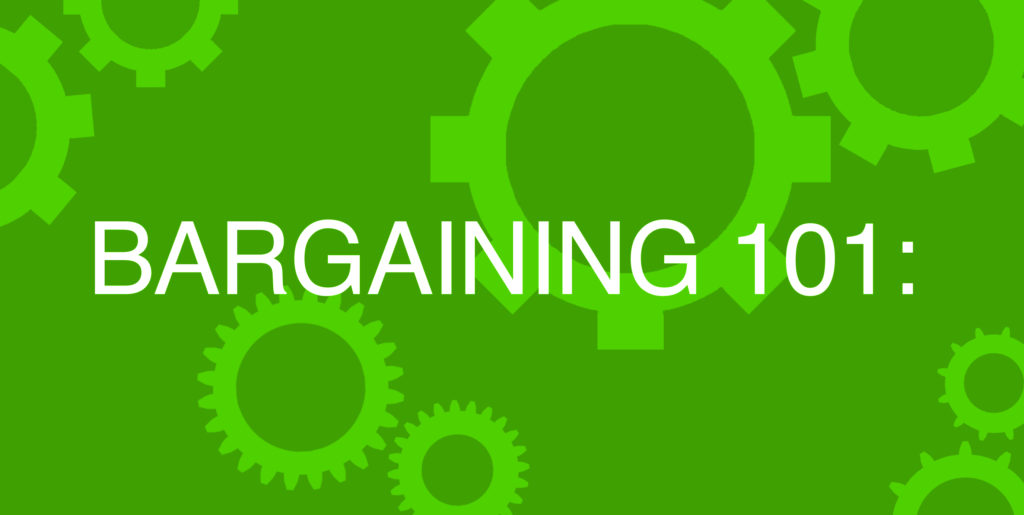 Pattern bargaining started as a collective bargaining strategy in which unionized workers across an industry or sector attempt to bargain uniform standards in their contracts. UAW autoworkers started this practice right after World War II, and by 1955, the UAW contracts with the major automakers set the same pattern wages and had the same contract expiration date.

Pattern bargaining serves an important purpose: it levels the playing field so companies compete based on the quality of their products or services not how much they pay (or don’t pay) their workers. This was the vision of Walter Reuther, who wanted to set standards of living through pattern bargaining that might spread beyond auto and into all manufacturing.

With a pattern contract one company cannot gain a competitive advantage over other companies with wages. But pattern does not mean the same. At times unions have granted temporary relief during a crisis or allowed special bonus payments in time of great success. But when union members follow a pattern they make sure wages and benefits are the same over the long run. This commitment to pattern bargaining has led to some of the strongest labor agreements in manufacturing in the country today.

Pattern bargaining is a core part of the UAW’s bargaining strategy. By taking a comprehensive, building bock approach, UAW members win strong collective bargaining agreements based on incremental, sustainable improvements applied to all companies covered by the pattern. This approach has proved itself a successful strategy for over 60 years.

In 2015, one of the challenges union members face is the growth of nonunion companies that are not part of the pattern wage agreement. The union-represented companies see those lower wages and benefits as a competitive disadvantage. These nonunion wages and benefits are without a doubt a drag on compensation. 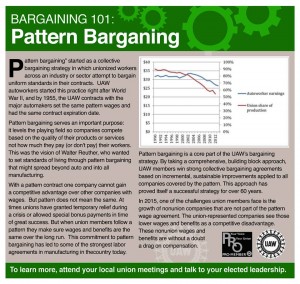