Panelists Discuss How to Connect with Voters in Trump Era 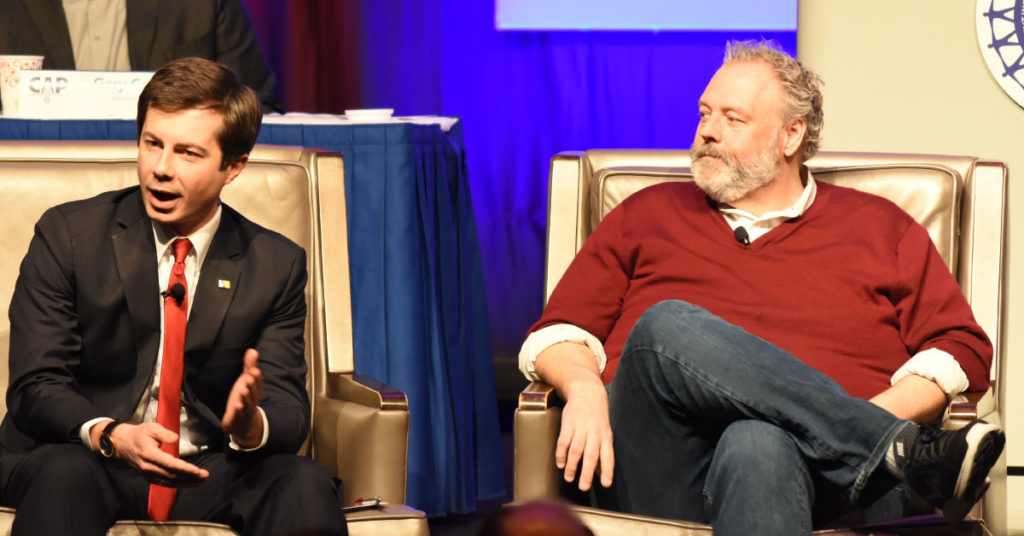 Reconnecting with voters, rebuilding the infrastructure to elect labor friendly candidates, and concentrating on state and local offices are just some of the ways to fight back against the corporate control of our government, according to panelists at the 2018 UAW Community Action Program (CAP) Conference.

Pete Buttigieg, mayor of South Bend, Indiana; Scot Ross, executive director of One Wisconsin Now; and Will Hailer, senior advisor to the Democratic National Committee (DNC), participated in a lively discussion on the failures of the 2016 election and some early successes in the last year.

Mayor Buttigieg said many voters don’t care about the latest investigation in Washington, but rather want to know about what lawmakers are doing that will directly help them.

He added that more attention needs to be paid to local and state races because these are the offices that have the most direct impact on voters.

“We have to stop treating the presidency like it is the only office that matters,” Mayor Buttigieg said.

Ross said the inability to communicate about economics with Generation X and millennial voters was a disadvantage to the Democratic Party. While Social Security and Medicare are critically important issues, they do not resonate with those voters. Talking about student loan debt does. There is about $1.5 trillion in student debt in the U.S.

“Every single month you get a reminder of how screwed you are,” Ross said.

Hailer said the DNC, under the leadership of former Labor Secretary Tom Perez and Rep. Keith Ellison, D- Minnesota, has changed its mission in the last eight months. It is investing in more state and local races, in part to build a pipeline of younger candidates who connect with voters.

“They inherited a party that was more broken than anybody knew,” Hailer said.

Some of those efforts are already paying dividends with victories in governor’s races in Virginia and New Jersey, as well as the special Senate election in Alabama. In that race, the party didn’t come in and try to take over the race. Instead, it supported the ground game and let the local party officials handle the strategy.

“Our investments were kind of under the radar,” he said.