During his 12 years leading the world’s most powerful union that was 1.1 million members strong, he had a hand in supporting struggles for human rights from Africa to Eastern Europe, and advising President Bill Clinton on labor and economic issues.

Bieber’s work as a union leader went beyond rallies and negotiations. The UAW supported labor and civil rights movements with leaders across the globe, where the stakes were about more than higher wages. He is a leader that will be missed, but never forgotten.

Take a look at a timeline of Owen’s career, below: 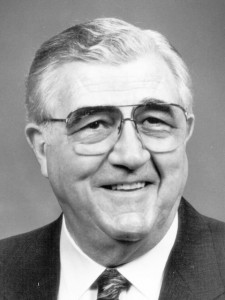 Bieber was elected the UAW’s seventh president during the union’s 27th Constitutional Convention in Dallas. He succeeded Douglas Fraser and began the first of 12 years as UAW president through 1995, starting a tenure that included leading a labor movement more than 1 million, negotiating contracts for hundreds of thousands of members, participating in human and labor rights struggles around the world and advising President Bill Clinton on labor and economic issues.

One of his first acts was working to commemorate the 20th anniversary of the March on Washington for Jobs and Freedom. He also joined the National Labor Committee, which was against U.S. support for the Contras in Nicaragua. He worked to get the AFL-CIO to publicly favor a negotiated settlement in Nicaragua and criticize the Reagan administration’s use of military action there. Bieber also began advocating for a national industrial policy. 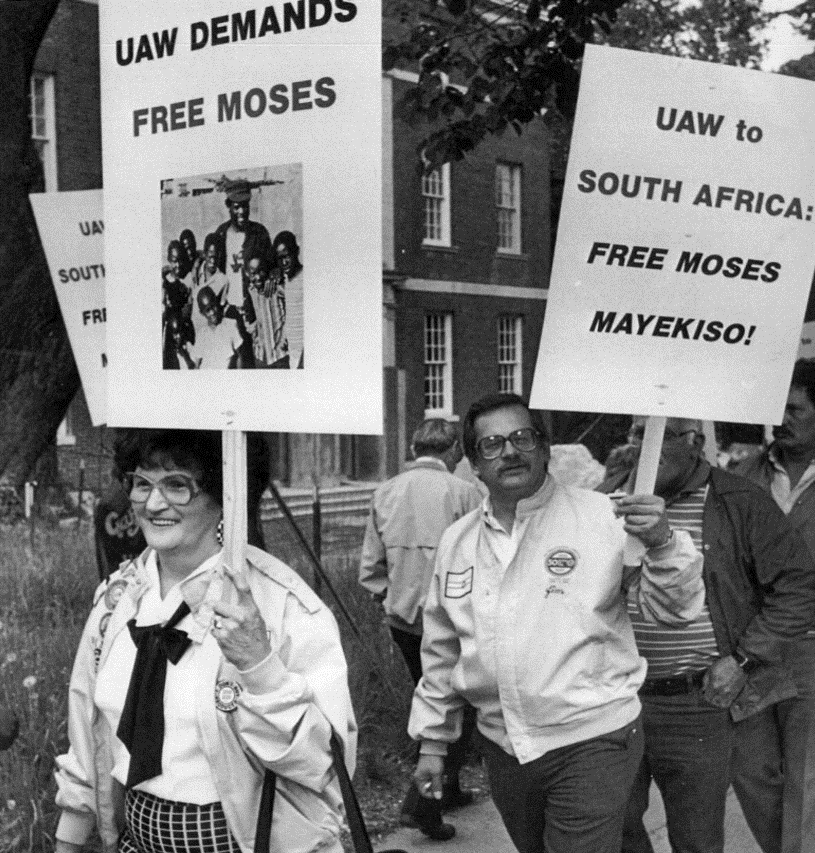 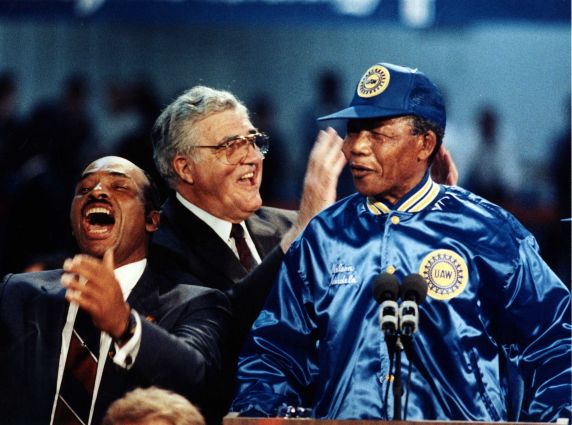 Nelson Mandela travels to the United States shortly after being released from prison and thanks Bieber personally for his support. He also visits UAW Local 600 and thanks the UAW at a rally at Tiger Stadium. 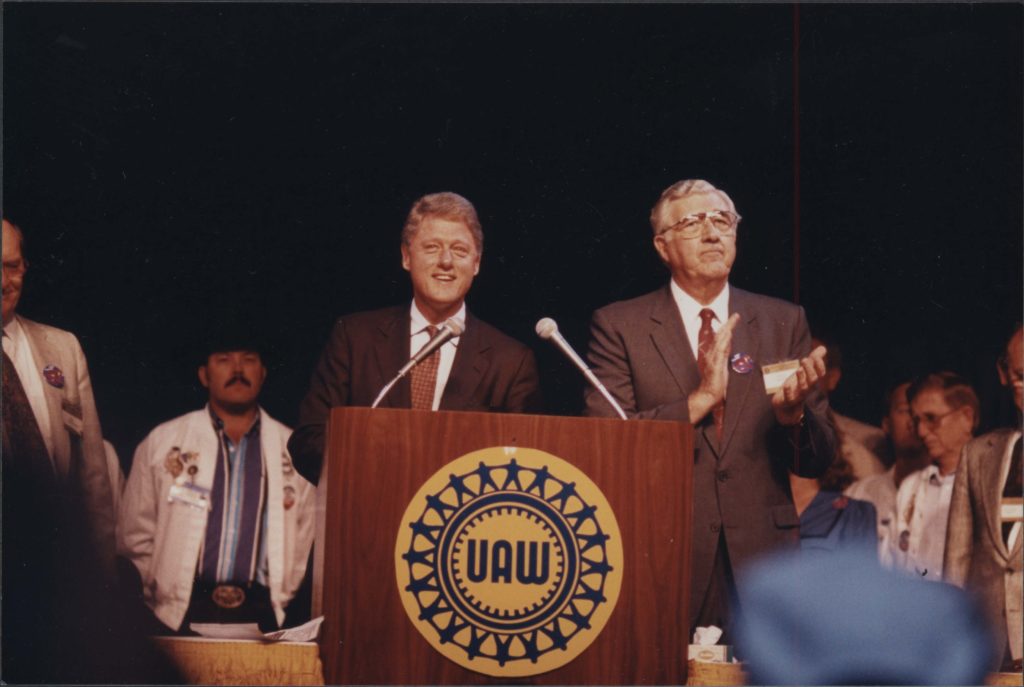 Bieber and Detroit 3 leaders meet with President-elect Bill Clinton and gain his support for the auto industry. 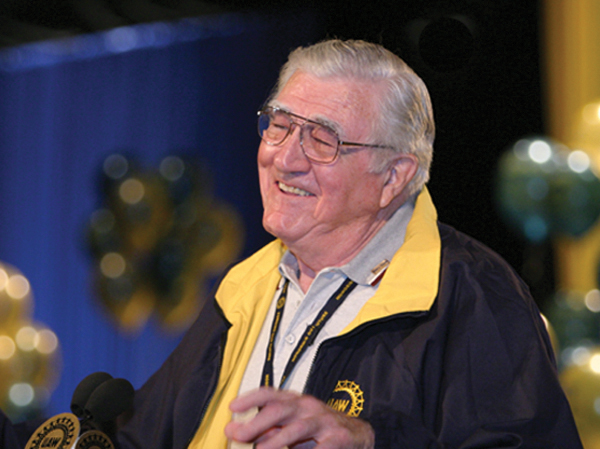 Bieber retires after 12 years as UAW president. The New York Times reported that while the 1980s “…was a decade that was a nightmare for union leaders nationwide,” Bieber’s performance at the collective bargaining table was generally considered exceptional, including his victory preventing auto companies from enacting deep concessions from workers. 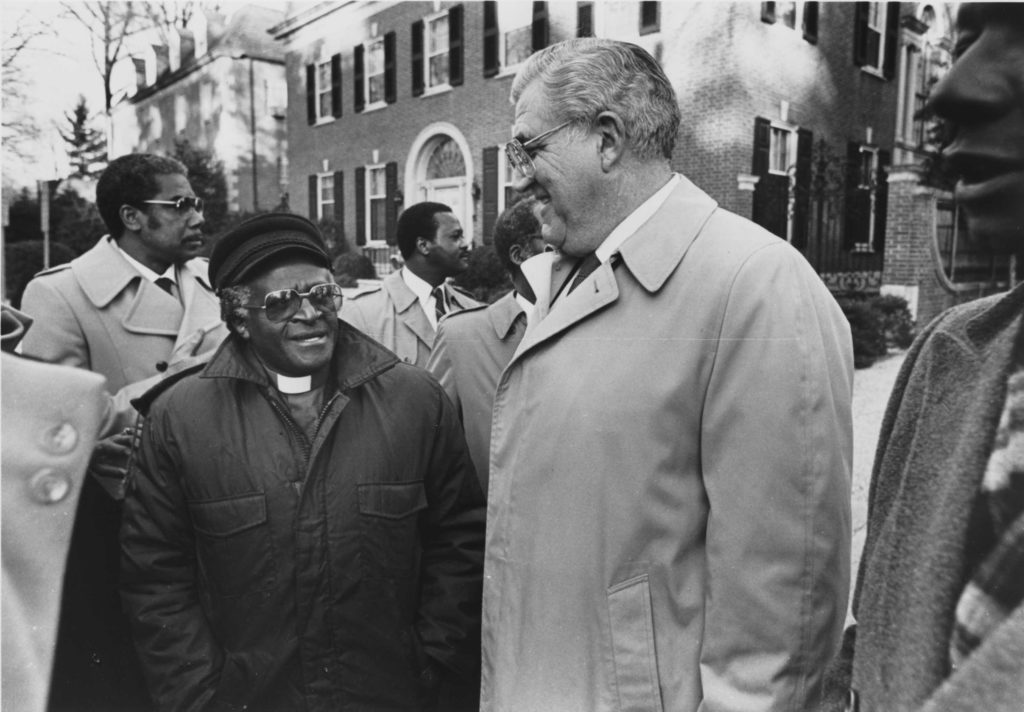 During his visit to Grand Rapids, Archbishop Desmond Tutu singled out Bieber for his years of calling attention to the injustice and brutality of apartheid. “We came asking for help, and you gave that help and accomplished this extraordinary thing,” Tutu said.