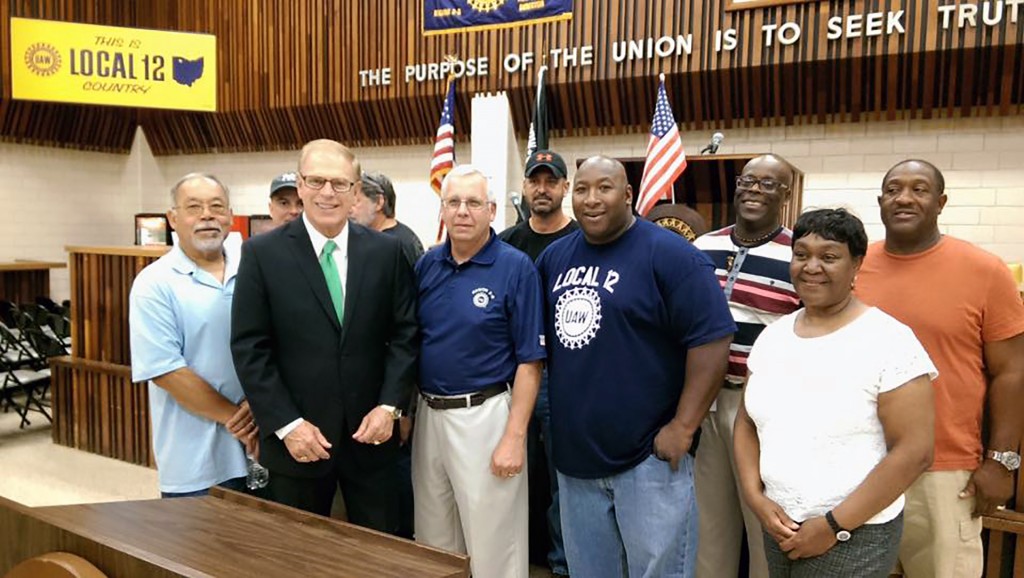 “Ted Strickland has always stood on the side of working men and women in Ohio. When auto workers needed him most, Ted fought right alongside us to secure the auto rescue and together we saved 160,000 Ohio jobs. Ted has sided with workers and voted against every job-killing trade deal that has ever come before him. And he’s siding with us now in the latest fight to protect American auto jobs from being sent overseas by the Trans-Pacific Partnership (TPP),” said Director Lortz.

“While Ted has sided with workers, Senator Rob Portman has sided with corporate profits. Portman opposed the auto rescue and voted for every single trade deal that has ever come before him, including fast-tracking the TPP.  Ohio workers can’t afford Senator Portman anymore. We need Ted in the U.S. Senate.”

“The U.S. Senate shouldn’t be a place where millionaires go to look out for billionaires,” said Strickland. “While Senator Portman stands with Washington special interests, I am proud to stand with Ohio auto workers in this fight, and I am deeply grateful for their support.”

UAW Region 2B covers Ohio and Indiana, with 128,000 active and retired members in Ohio.

As Governor, Strickland joined with the UAW and fought for the auto rescue, which saved 160,000 Ohio jobs. In Congress, Strickland voted against NAFTA and all eight job-killing trade agreements that came before him. Strickland is currently opposing the Trans-Pacific Partnership Trade Agreement, which has been called NAFTA 2.0.

Portman opposed the auto rescue, calling it a ‘lousy deal.’ Portman served as President George W. Bush’s top trade adviser and voted for NAFTA along with all eight job-killing trade agreements that have come before him in Congress. And Portman voted to Fast-Track the Trans-Pacific Partnership Trade Agreement without even reading the draft.