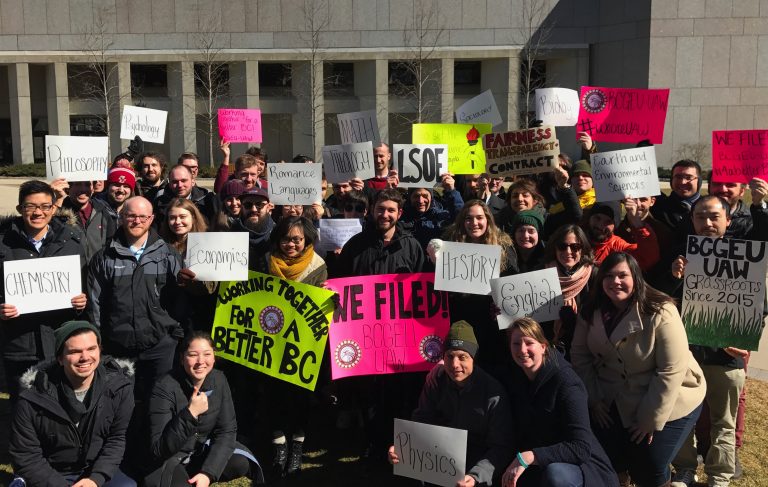 The Board rejected the university’s arguments that its employees were exempt from the Act due to Boston College’s religious mission, and recognized the fundamental similarity between the work graduate employees do at B.C. and at other private universities such as Columbia University, whose landmark case restored rights for graduate employees to unionize in 2016.

“We are thrilled about turning to our election, and are looking forward to having a seat at the bargaining table,” said Betsy Pingree, a teaching assistant in the History department and a BCGEU-UAW member.

BCGEU-UAW filed its petition with the NLRB on March 3 after a two-year organizing campaign.

“Having a union contract will have a major material impact on our lives,” said Chad Olle, a Ph.D. student the Counseling, Developmental and Educational Psychology program in the Lynch School of Education. “We’re eager to vote and move the process forward.”

“It’s an amazing time for graduate workers in the labor movement,” said Julie Kushner, the director of UAW Region 9A. “I’m so thrilled to see the workers at Boston College join with other grad workers around the country, and I’m confident they will vote to form their union.”

Statement from UAW Local 291 regarding a called strike against AxleTech International, Inc.