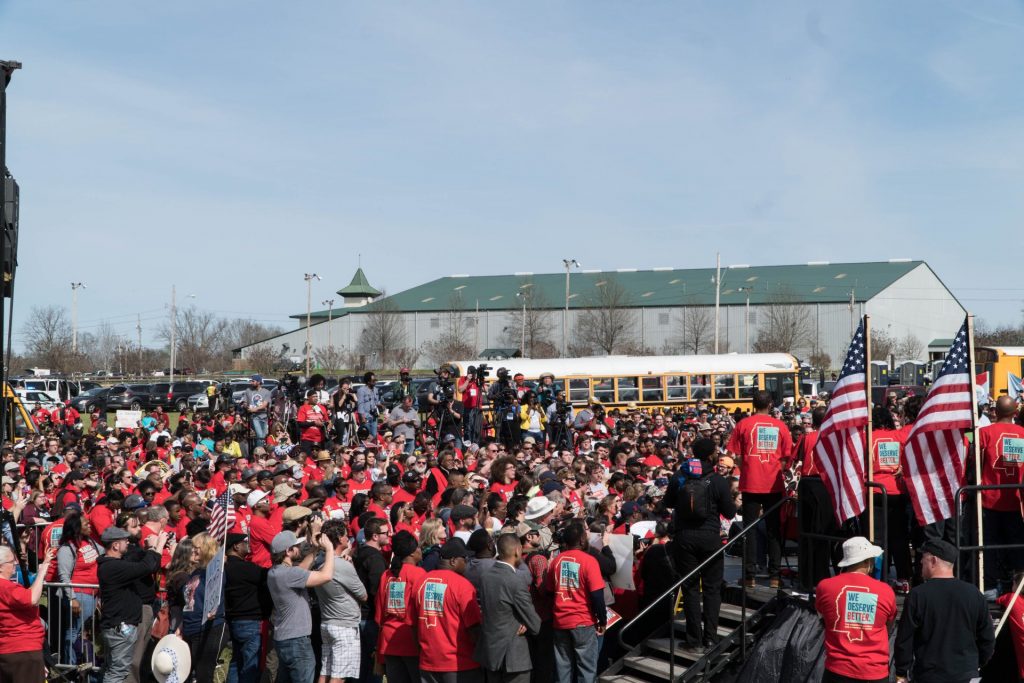 CANTON, Miss. — Following an unprecedented campaign of corporate threats and intimidation, Nissan employees tonight fell short in their bid for a union.

In a two-day election supervised by the National Labor Relations Board (NLRB), blue-collar employees at Nissan’s Canton plant voted 2244 to 1307 against employee representation. Voting began Thursday — less than a week after the NLRB issued the latest in a series of unfair labor practice complaints against Nissan.

“The courageous workers of Nissan, who fought tirelessly for union representation alongside community and civil-rights leaders, should be proud of their efforts to be represented by the UAW,” said Dennis Williams, president of the UAW. “The result of the election was a setback for these workers, the UAW and working Americans everywhere, but in no way should it be considered a defeat.

Williams added: “Perhaps recognizing they couldn’t keep their workers from joining our union based on the facts, Nissan and its anti-worker allies ran a vicious campaign against its own workforce that was comprised of intense scare tactics, misinformation and intimidation.”

During the days and weeks leading up to the union election, Nissan’s unfair labor practices significantly intensified at the Canton plant — one of only three Nissan facilities in the world, including two in Tennessee, where workers are not represented by a union.

Acting on behalf of Nissan employees and in response to the events of recent weeks, the UAW filed a new round of unfair labor practice charges with the NLRB shortly before the polls closed in Canton at 7 p.m. CDT. The charges allege additional violations of the National Labor Relations Act, including widespread surveillance of worker union activity, threats that benefits would be taken away if the Nissan Canton workforce votes for UAW representation, termination of a pro-union Kelly worker, threatening another worker that she could be terminated if the UAW was to become the representative of Nissan workers, a threat that UAW’s bargaining with Nissan would be futile, and Nissan’s denial of equal access to voters.

Moreover, the union is asking the NLRB to proceed with a trial to stop Nissan’s serial commission of unfair labor practices in Mississippi. Beginning in November 2015, the NLRB issued a series of complaints against Nissan and the company’s temp-worker agency Kelly Services, alleging that they are “interfering with, restraining and coercing employees in the exercise of their rights.”

Currently, the complaints are awaiting trial by an administrative law judge.  If Nissan is found to have committed the unfair labor practices that are alleged, the NLRB can go to federal court and seek a binding court order against Nissan that will stop the company from committing such unfair labor practices in the future.

“We’re disappointed but not surprised by the outcome in Canton,” said Gary Casteel, secretary-treasurer of the UAW and director of the international union’s transnational department. “Despite claiming for years to be neutral on the question of a union, Nissan waged one of the most illegal and unethical anti-union campaigns that I’ve seen in my lifetime.

Casteel added: “Clearly, Nissan will not honor workers’ right to be free of coercion and intimidation without a binding court order requiring the company to stop.”

Nissan employees, with legal and technical assistance from the UAW, on July 11 announced the filing of an election petition with the NLRB. Almost immediately, Nissan managers and supervisors stepped up threats and intimidation inside the plant.

Beginning in mid-July, Nissan supervisors pressured employees with anti-union messages in group and one-on-one meetings. The company broadcast anti-union videos inside the plant instructing workers to “Vote No” and launched a sizable anti-union cable-television buy in the central Mississippi media market. Nissan made implied threats to close the Canton plant if workers unionized and threatened employees with layoffs if they unionized — similar to the unfair labor practices previously alleged by the NLRB.

Additionally, after examining contact lists for Nissan employees — which are required by the NLRB to be shared with union organizers — the UAW found large numbers of errors, including inaccurate names, mailing addresses and phone numbers.

“On top of Nissan threatening and intimidating employees inside the plant, the company gave us lists that were terribly flawed with inaccurate information which complicated efforts to distribute accurate information outside the plant,” Casteel said. “Nissan had unlimited captive-audience access to workers in the plant, but its faulty lists limited the ability of the union to contact workers by phone, email or at home.”

Looking ahead: The UAW and the Mississippi Alliance for Fairness at Nissan (MAFFAN), a coalition of faith and community leaders, pledged to redouble efforts to work with labor allies at Nissan plants around the world to keep pressuring the company — and to educate the French government about Nissan’s threats and intimidation against its predominantly African-American workforce in Mississippi. With an approximately 20 percent stake in Renault, the French government is the largest shareholder in Renault, which in turn is the largest shareholder in Nissan.

“American workers need champions now more than ever,” Williams said. “The workers of Nissan deserve to have the job security, safe working conditions and collective bargaining power that come only from belonging to a union. The UAW will continue to be on the frontlines of that fight for all workers.”