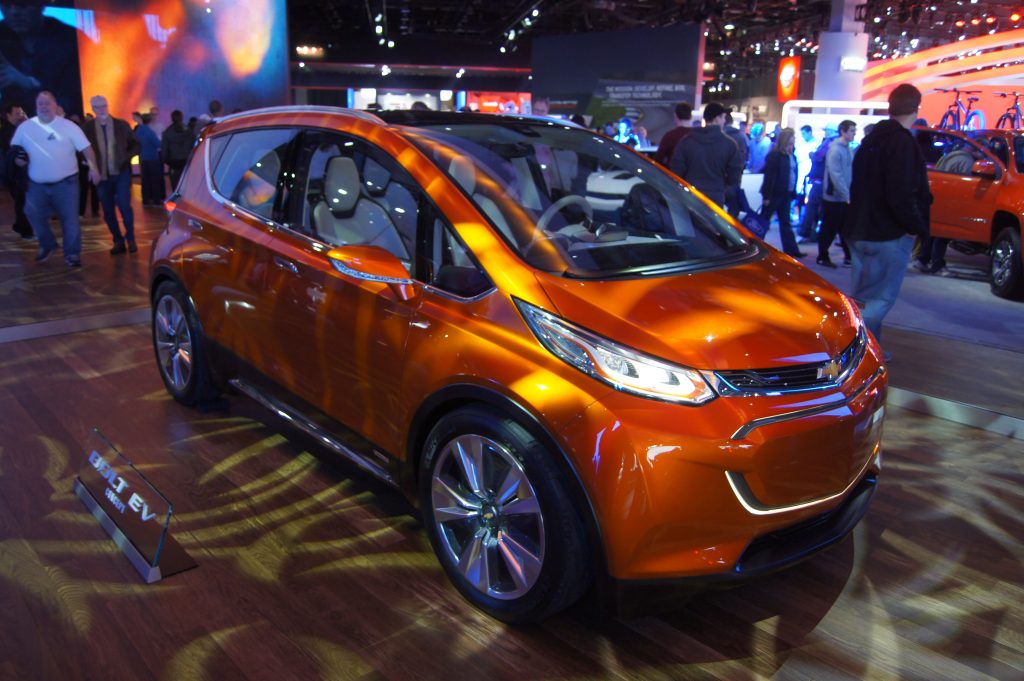 NEW YORK––The Department of Citywide Administrative Services (DCAS) today announced that the City has completed a contract with General Motors (GM) to procure the new, all-electric GM Chevrolet Bolt for use in the City’s fleet. The new contract with GM will help the City reach its goal of acquiring 1,000 electric vehicles by the end of 2017, creating the largest municipal electric vehicle fleet in the nation. This is part of the City’s goal to cut municipal vehicle emissions in half by 2025 and 80 percent by 2035, an aspect of Mayor de Blasio’s OneNYC plan, which aims to create a more equitable, resilient and sustainable city.

The all-electric Bolt is larger than a traditional sedan and can operate for 238 miles on a single charge, providing the longest range to date of any electric vehicle in the City’s fleet.

“As part of our OneNYC plan we are implementing 2,000 electric cars and reducing emissions in our City fleet,” said Mayor Bill de Blasio. “We reached over 500 EVs after just one year and the GM Bolt will now play a pivotal role as we make a push for 1,000 by the end of 2017.”

“A cleaner City fleet is an important step toward our ambitious and necessary goal of reducing greenhouse gas emissions 80 percent by 2050,” said Daniel Zarrilli, NYC’s Senior Director for Climate Policy and Programs and Chief Resilience Officer. “By expanding the City’s fleet of electric vehicles in partnership with GM, New York City is continuing to lead by example as we deliver on our OneNYC goals of delivering a more sustainable, more equitable, and more resilient city.”

“NYC already operates the nation’s largest EV fleet with over 530 units,” said DCAS Commissioner Lisette Camilo. “The Bolt will be an exciting addition to our growing zero emissions fleet.”

“NYC was one of the first users of the GM plug in Volt and we’ve been following developments with the Bolt closely”, said NYC Chief Fleet Officer and DCAS Deputy Commissioner Keith T. Kerman. “We are thrilled that the Bolt is here and proud to be one of the largest and earliest adopters.”

NYC Clean Fleet is part of the Administration’s goal to cut municipal vehicle emissions in half by 2025 – and 80 percent by 2035 – the largest such commitment of any U.S. city, making NYC Clean Fleet the most comprehensive and ambitious blueprint for municipal fleet sustainability in the nation. In addition, the City Council passed legislation sponsored by Council Member Costa Constantinides and Council Member Ydanis Rodriguez that would require the City to install at least 25 new electric vehicle charging stations in publicly accessible locations by March 1, 2018 as part of a pilot program.

The City also announced that it is placing its first order of 50 Bolts to be used as part of a new shared fleet initiative to be managed by the Department of Citywide Administrative Services (DCAS). The new units are expected to arrive in spring 2017 and will incorporate fleet sharing technology to enable use by multiple agencies. The Chevrolet Bolt EV includes advanced safety features with forward collision alert, low-speed forward automatic braking, and side blind zone alert with lane change alert. The vehicle is manufactured in the US at Lake Orion, Michigan.

Today’s announcement coincides with the City’s third annual Vision Zero Fleet Safety Forum at Queens Theatre in Flushing Meadows Corona Parks. As part of the forum, over 400 representatives of private and public fleets, non-profit advocacy groups, and fleet technology vendors come together to discuss ways to improve fleet safety and reduce collisions. The forum has helped launch a number of critical safety initiatives including the truck side-guard program and the fleet ban on use of hands-free devices while driving.

Council Member Costa Constantinides, Chair of the Council’s Environmental Protection Committee, said, “With our citywide Clean Fleet initiative and the largest municipal electric vehicle fleet in the nation, New York is leading the way on sustainability.  This procurement of Chevy Bolts will help us achieve our emissions reduction goal. I look forward to working with Mayor de Blasio and DCAS Commissioner Camilo as we continue to make our city greener.”

“The introduction of the Bolt into the city fleet is a big step toward achieving the City’s emission reduction goals,” said Council Member Ydanis Rodriguez, Chair of the Committee on Transportation. “We need to do all we can as a city to mitigate our impact on the environment as a city and the de Blasio Administration has positioned New York City as a global leader in this effort. With some of the most efficient electrical vehicles available on the market today playing a big role in the city fleet, New York City is putting our money where our mouth is as well as familiarizing New Yorkers with vehicles that can have a positive impact on our environment.”

“The City’s decision to feature the UAW built all-electric GM Chevrolet Bolt as a key piece of the campaign to reduce municipal vehicle emissions is very exciting,” said Julie Kushner, Director of United Auto Workers Region 9A. “Once again Mayor de Blasio has shown leadership on two vital issues facing our country, climate change, and supporting good middle class jobs.  Our members at the UAW-GM Orion Assembly plant in Michigan are proud to know that the cars they build will be making New York a cleaner and more livable city.”