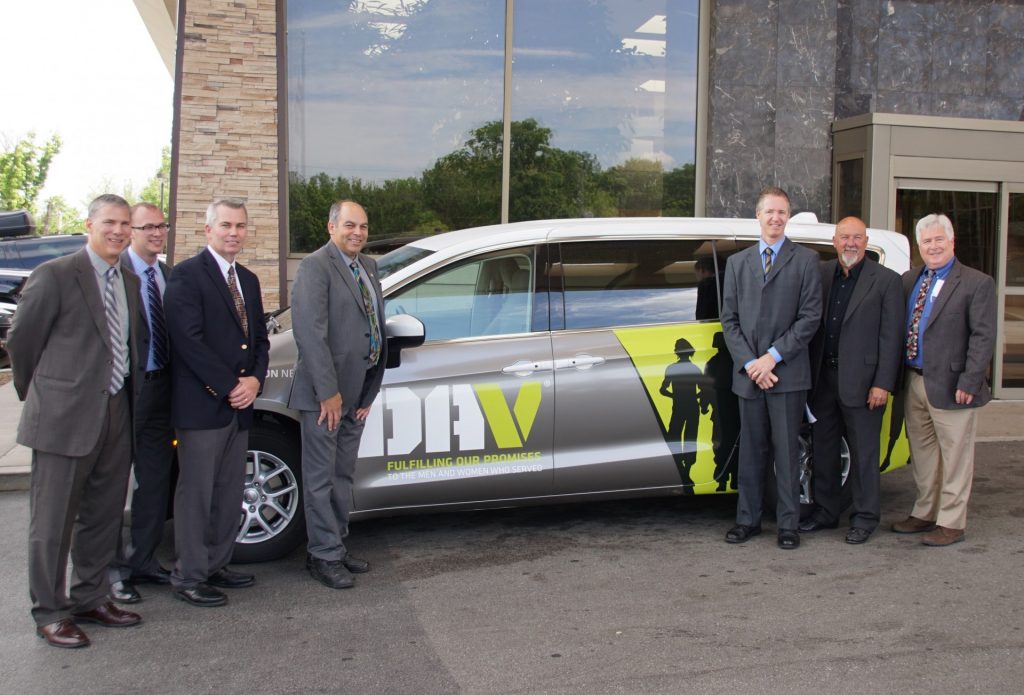 Local 685 member Frank Stotts, who is also an Indiana veterans advocate, was concerned about the aging fleet of three vans used to transport disabled veterans to and from the Marion Veterans Administration Hospital.

One morning in November of 2015, Frank sent an email to FCA hoping to get a good discount on three new vans to replace the current fleet that was old and unreliable. Within an hour of sending the email Frank was told to go to the plant manager’s office at ITP1 (Indiana Transmission Plant 1) where he met with plant manager Don Dekeyser.

After the meeting, the wheels were set in motion with the help of Bob Varsanik, general manager of Powertrain Transmissions, Casting and Components Division, for FCA to donate three 2017 Chrysler Pacifica minivans to the DAV (Disabled American Veterans) to be used at the Marion Veterans Administration Hospital.

The presentation of the vans was made at the DAV convention in Indianapolis on June 3, 2016 with Frank Stotts giving the keys to Dave Ward of the DAV as Dekeyser and Varsanik looked on.

Thanks to UAW member Frank Stotts for bringing a need of the veterans in the community to the attention of FCA management, and thanks to Don Dekeyser and Bob Varsanik for stepping up to the plate to give much needed help to the DAV.